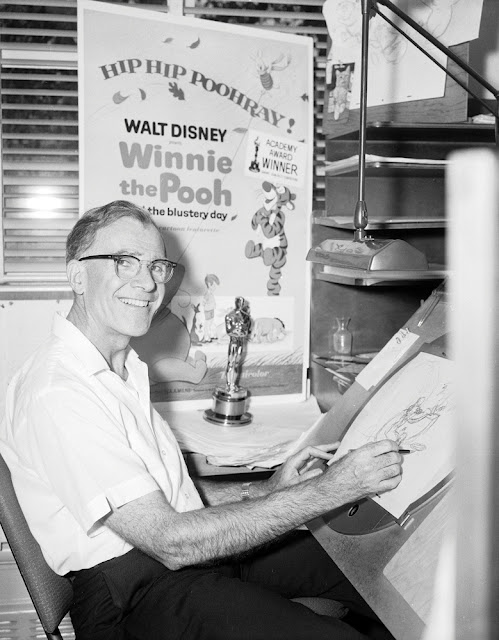 I don't know what Frank is working on in this photo, as he poses with the Oscar the studio has just won for Winnie the Pooh and the Blustery Day. Perhaps a gag drawing, since the main production at the time was The Aristocats. There are mounted character sketches of Scat Cat on the upper right corner.
It is always interesting to take a closer look at Frank Thomas' rough animation drawings. Unlike some of his colleagues, he rarely thinks about creating a graphic design in his drawings. The source for his inspiration is strictly the character's personality and its entertainment value in a particular scene or sequence.
For his rough animation pass, he would do more drawings than most other animators at the studio. More often than not Frank created ALL drawings for his scenes. This meant that there really wasn't much time left to finesse each key drawing to perfection. This is an animator with the conviction that each drawing is part of the overall performance. "Suitable for framing" was the farthest thing from his mind. As a result many of Frank's rough animation drawings look "less intimidating" than -let's say- the work of Marc Davis, Milt Kahl or Kimball.
But make no mistake, a Thomas pencil test has a magic all to its own. The quality of the performance as well as acting choices appear completely natural. The character lives on his own on the screen, detached from an animator's creative process. A tremendous achievement. 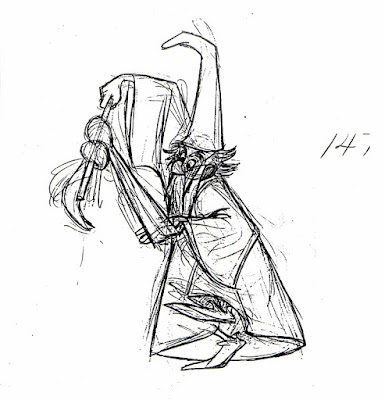 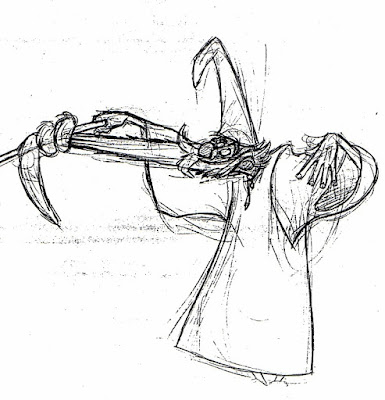 These two Merlin key drawings are somewhat of an exception to what I just described. Because these poses needed to be held for a brief time in order to sell the comedy in the action, Frank made sure that they hold up as individual poses, with clear staging and silhouette. 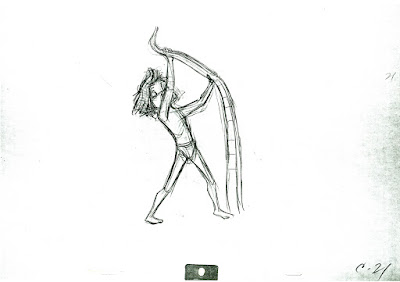 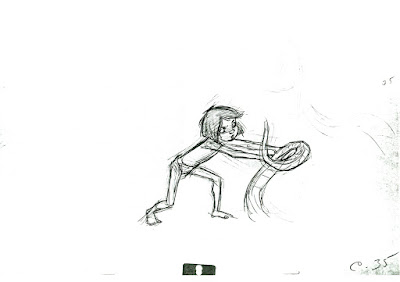 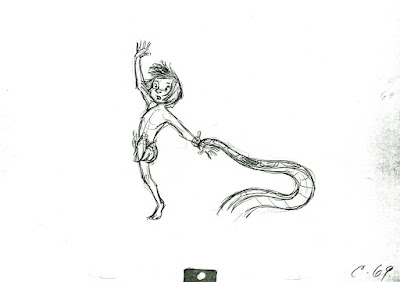 Ollie Johnston and Milt Kahl drew Mowgli in a more appealing way than in these images, but the scene's motion feels like real life. A kid trying to get away from a Python's grasp, everything has proper weight, timing and most importantly - emotion. 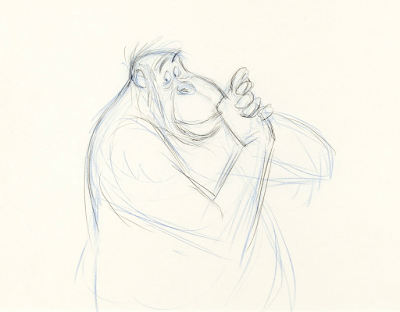 Frank did all drawings for this King Louie scene in order to control the subtle, musical bounce, as the  character turns his head toward Flunky, who mimics his singing technique.
Assistant Dale Oliver cleaned up the loose drawings on new sheets of paper. 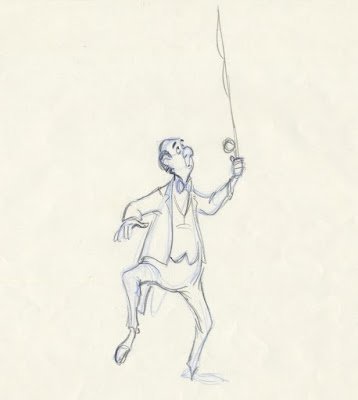 A simple character sketch of Edgar from The Aristocats. This single drawing doesn't sell the scene, but in sequence with all the other drawings magic happens. 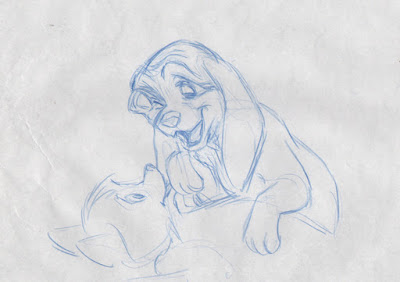 One of Frank's last scenes before putting down the pencil. From then on teaching Disney principles and philosophy (through books) became the focus of this master animator.

A list of Frank's animated achievements as put together by The Disney Archives years ago. 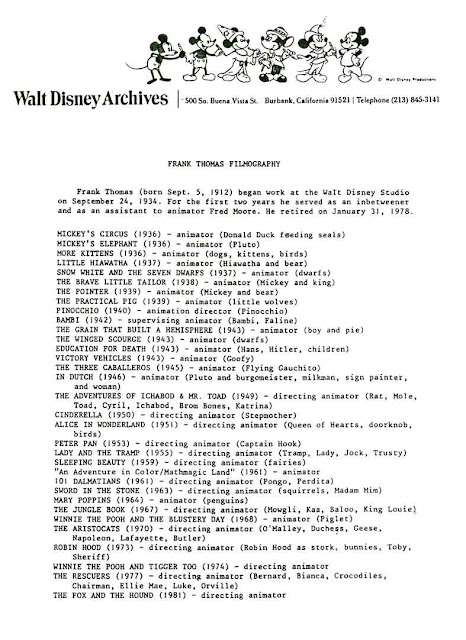 Many more of Frank Thomas' drawings in this earlier post:


Posted by Andreas Deja at 4:19 PM 6 comments: Links to this post