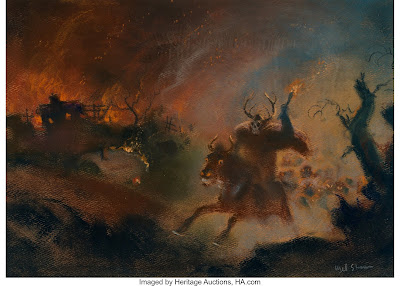 Certain items from the recent Heritage Auction brought back a lot of memories. Look at this dynamic pastel by Mel Shaw, Mel's room was filled to the brim with extraordinary artwork like this. He must have created hundreds of images for The Black Cauldron. One of the most prolific Disney artists I have ever encountered.
These were the days when the studio had several unique artists trying out for the film's character designs. The original idea was noteworthy, a new fresh style might have been the result.
Before I started on the movie, Milt Kahl, who had left the studio after The Rescuers in 1976, was approached to help out with character concepts. At that time Milt lived in Marin County, just north of San Francisco.
I remember during my first visit, he showed me prints of the designs he had come up with.
Milt said that these kind of characters would be easy for him to animate, but that the studio at the time didn't have artists with the kind of caliber to pull this off. He was right.
But the question remains: Should we even have bothered trying for the Milt Kahl Disney house style?
After all, Tim Burton was working feverishly to present his unique vision for the film. 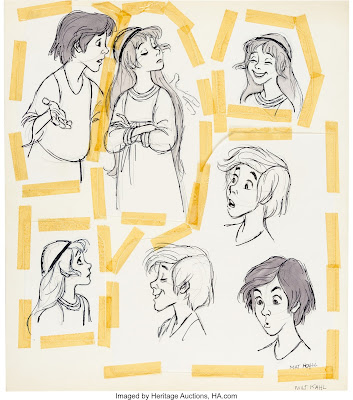 I don't think I ever mentioned that Marc Davis also contributed design ideas. These sketches lack the graphic "bite" Marc was known for, but his staging is still beautiful. 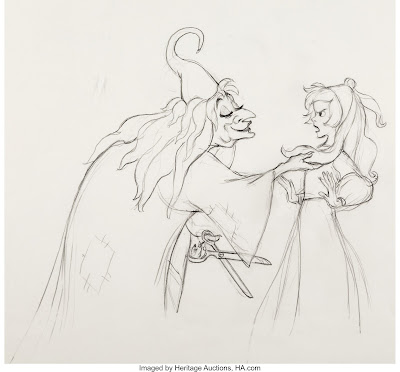 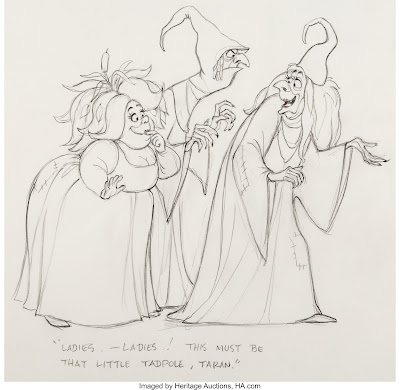 Tim Burton was also extremely prolific during the early stages of The Black Cauldron. But the studio wasn't ready to apply his approach for the movie.
I remember discussing the need of life drawing with him. He said: "I need anatomy classes more than anybody in the world." 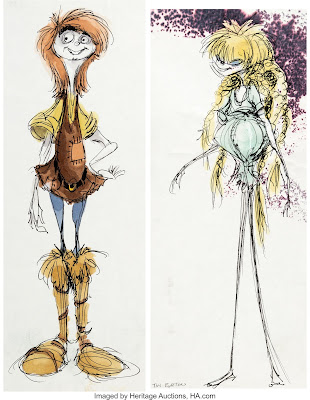 All of this occurred more than 35 years ago!!! That's an insane realization, because I remember it like it was not so long ago.