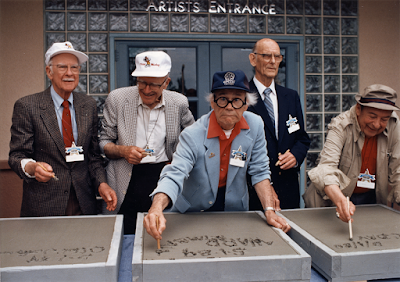 Cartoon Brew published this great photo a couple of years ago, it was taken on May 1, 1989, in Orlando. On that day the Disney/MGM studio park opened. I believe this backdrop is the entrance to the then new Feature Animation Building, which later would became my home during the production of Lilo and Stitch.
Here Ollie Johnston, Frank Thomas, Ward Kimball, Ken O'Connor and Marc Davis personalize cement blocks before leaving their handprints on them.

The West Coast Burbank versions of these prints are pictured below. Naturally Kimball wouldn't do things according to protocol. Hilarious. 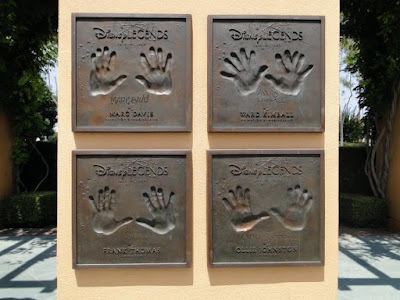 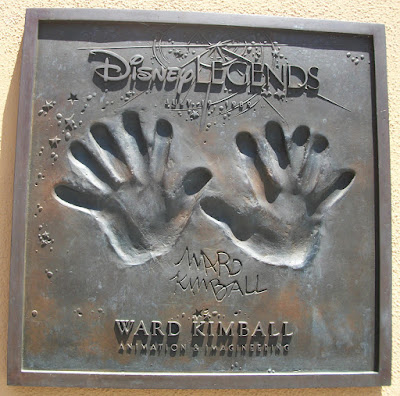 As some of you might know the Orlando Animation Building closed early in 2004.  It was a beautiful place to work in with a great floor plan, spacious offices and of course a terrific team of artists.

But times change... and then you find yourself working on a plan B as far as your animated future. Part of my own plan B involves a 1/2 hour hand drawn film, which is coming along very nicely. It is a passion project, and I can't wait to share it with audiences.