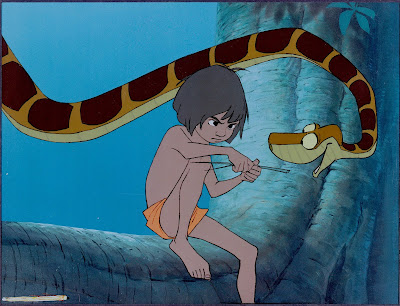 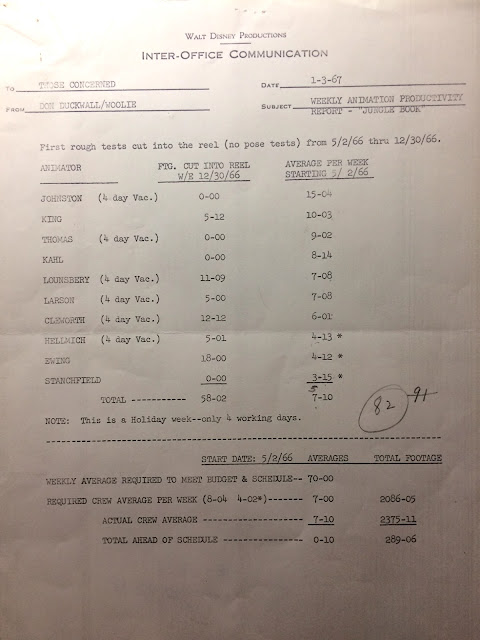 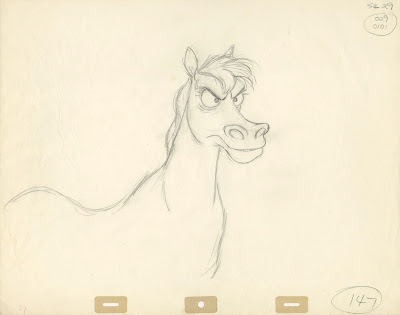 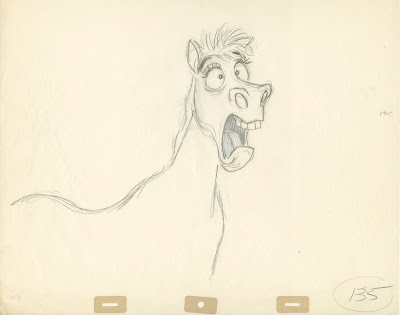 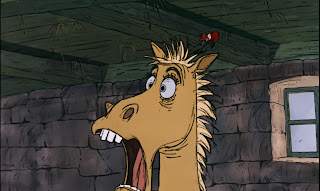 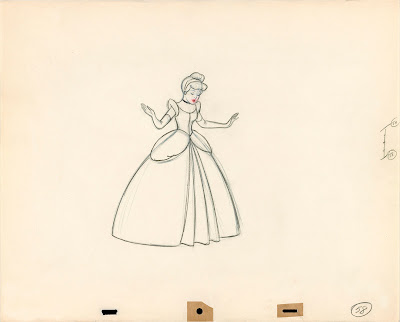 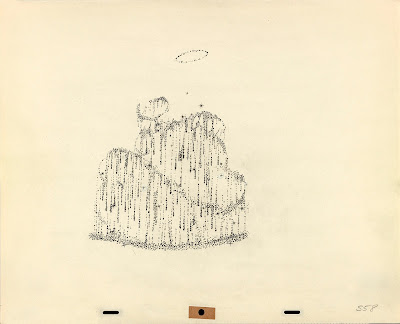 You've got to see this...several times! At Disney Animation Twitter.
Animation by Marc Davis, effects by George Rowley. Sure, it is based on life action, but man....

These are Aristocats animation drawings by John Lounsbery showing the Italian cat Peppo, as he is preparing a Roquefort omelet or something of that sort.
The scene (perhaps two scenes) was cut from the film, and it is a shame that a pencil test of the animation doesn't exist, at least to my knowledge. But who knows, the remaining drawings might surface sometime in the future. In the meantime enjoy these two Lounsbery beauties. 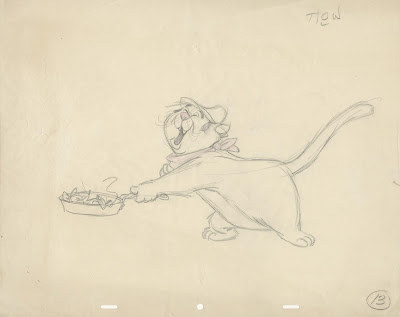 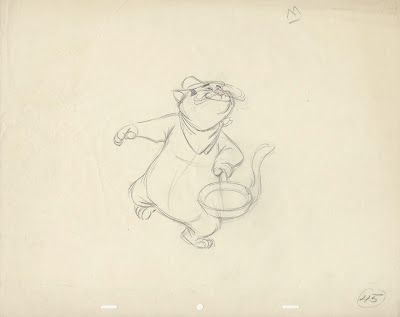 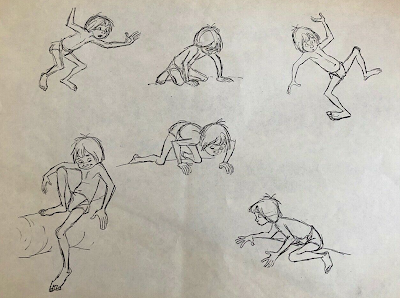 These are obviously by Milt Kahl and predate animation on Jungle Book. It is pretty much the character you see in the film, but this early on Milt is still messing with Mowgli's overall proportions.
The size of the head to the body, the size of his hands etc. Details of his anatomy are already figured out. Legs, arms and the ever complicated way to draw accurate knees in any position.
Another feast for the eyes. 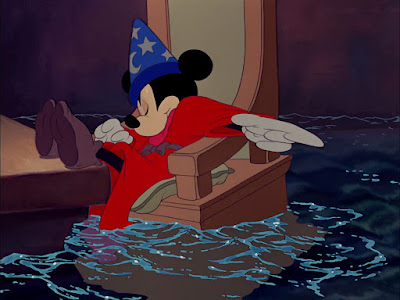 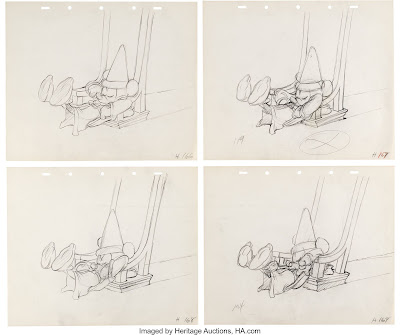 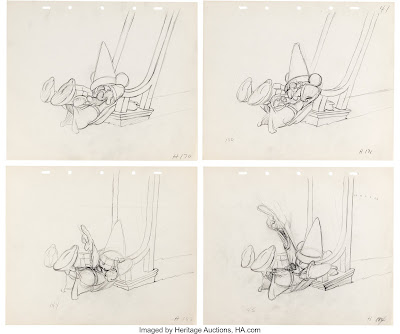 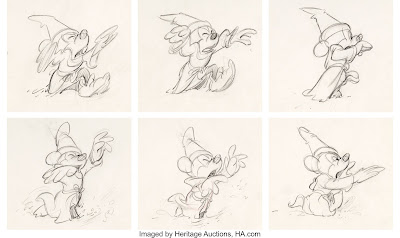