Some beautiful visual development art by Vance Gerry and Ken Anderson.
Ken Anderson art directed The Sword in the Stone, Vance got credit as a layout artist. But as you can see he did much more than production layouts, he created color environments for many sequences, including the one with Merlin and Wart as fish.
When I started at Disney in 1980, Ken was around, but was getting ready for retirement.
Vance on the other hand worked on quite a few more films, including Mouse Detective, Beauty and the Beast and The Lion King.

Posted by Andreas Deja at 11:07 PM 7 comments: Links to this post

Eric Larson working -obviously- on 101 Dalmatians. I am not sure when this photo was taken. Perhaps during production or after the movie was finished.
Everybody loved Eric. When interacting with animation students or newcomers to the studio during the 1970s and 80s, he was a very good listener. He wanted to know your background, your history.
His advice was always encouraging. Eric was fascinated by student's individual talents.
And he always stressed the value of Walt Disney's approach toward entertainment. Bringing audiences up to what they didn't expect.
When the studio got into TV animation, Eric was heartbroken. He stressed that Walt always wanted top quality, no matter what format. I read between his lines that Walt would have insisted on top quality for the then new Disney Chanel content. The Illusion of life, which it wasn't.

Compromise was not something Eric supported. He loved his old boss and tried to communicate to some of us that superior quality was an excellent business model that would always win.

That kind of philosophy stayed with me ever since Eric conveiged it to us.
Perhaps I can convince John Musker ( who had great interactions with Eric) to host a full blown Academy Tribute on Eric's animation work as well of his teachings. This is so overdue. 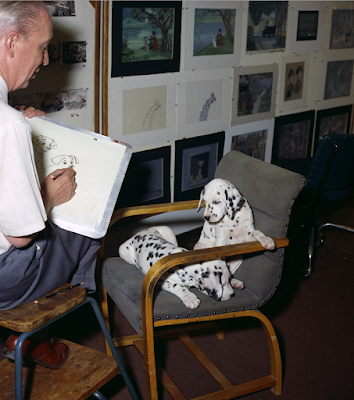 Posted by Andreas Deja at 1:11 AM 8 comments: Links to this post

Here's a 1941 magazine article that promotes the release of Fantasia. Always fun to read about the current mood and situation during Disney's golden age of animation. 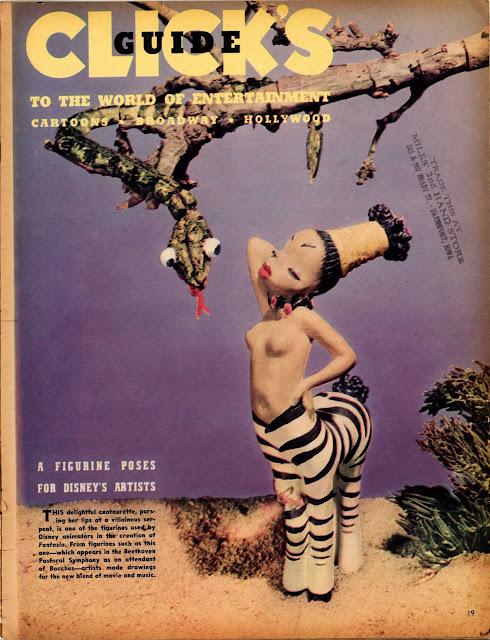 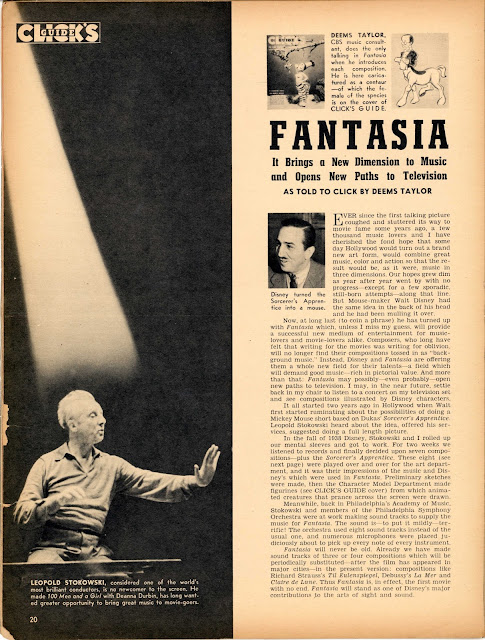 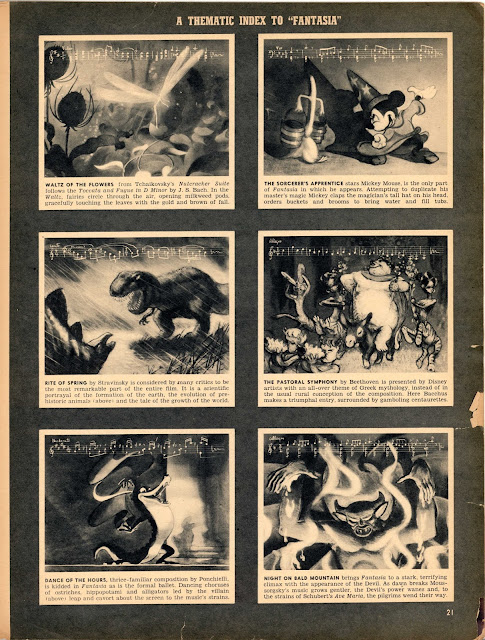 Posted by Andreas Deja at 12:08 AM 7 comments: Links to this post 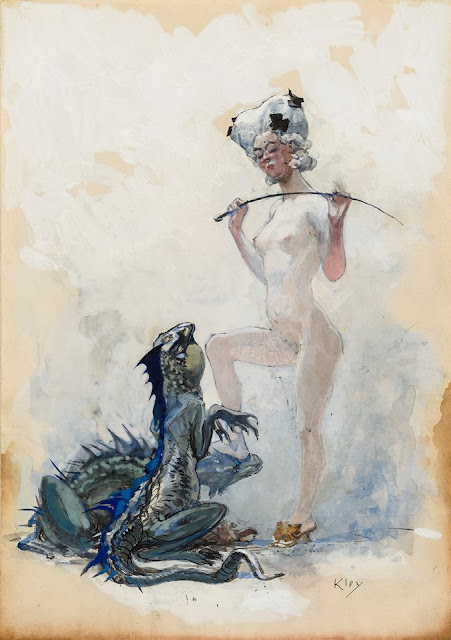 It's always thrilling to find new art by German artist Heinrich Kley. I google Kley about once a month to find out if any new illustrations have surfaced. Some of the images here have been offered at Heritage Auctions as well as certain galleries. Most of them were or are for sale at Alexander Kunkel's website: 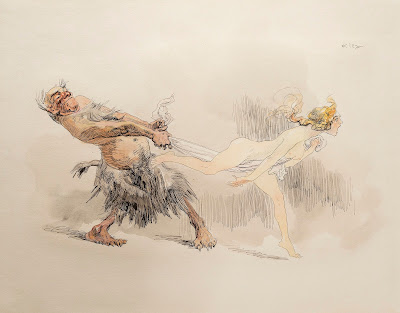 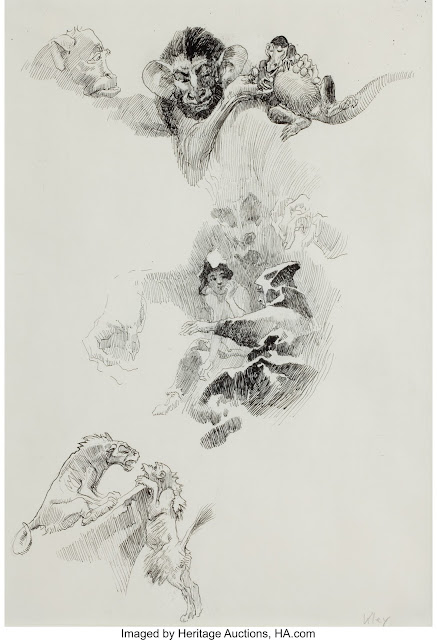 This one is right out of Fantasia's Night on Bald Mountain. 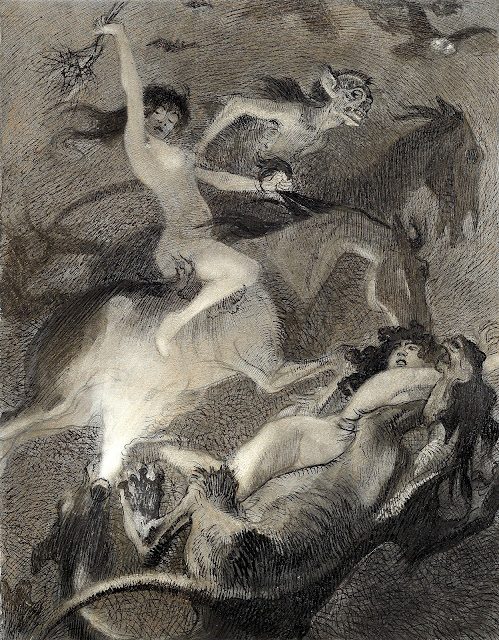 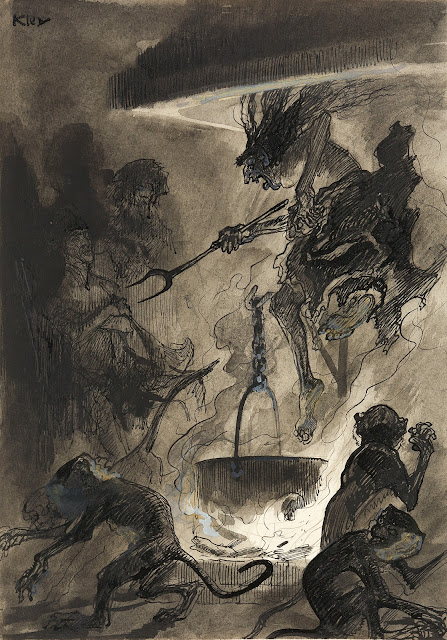 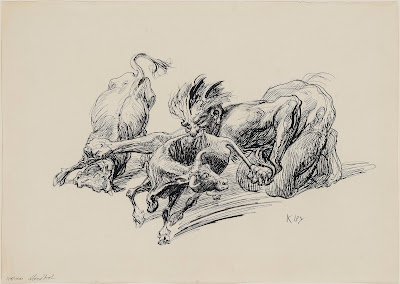 The actor and the critic. 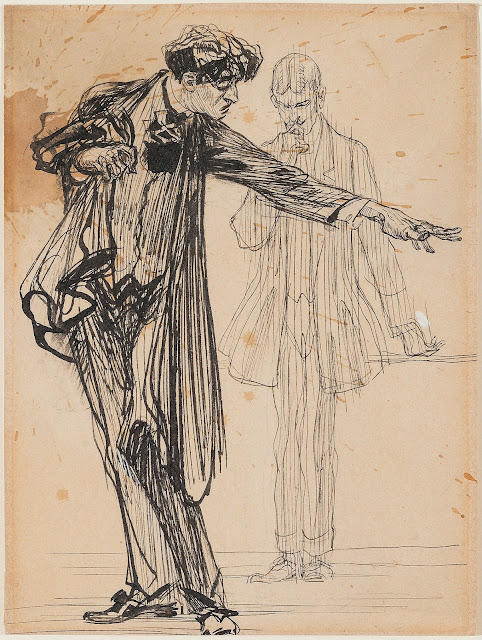 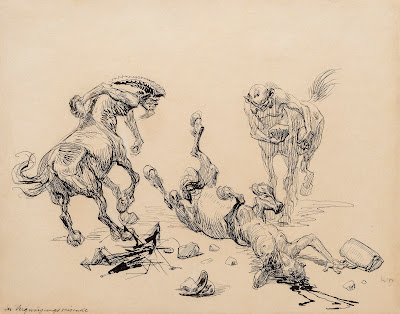 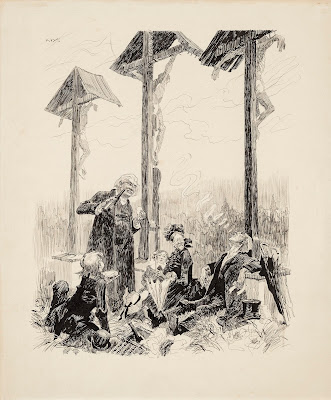 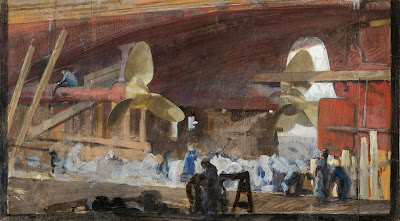 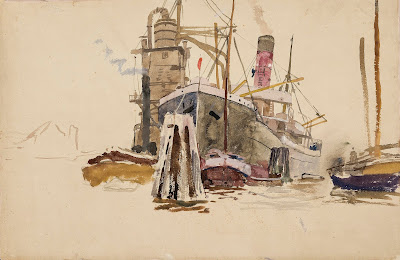 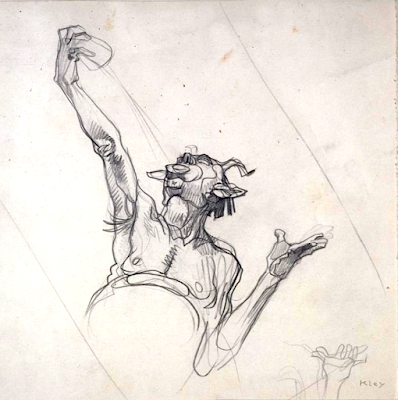 Posted by Andreas Deja at 1:01 AM 7 comments: Links to this post 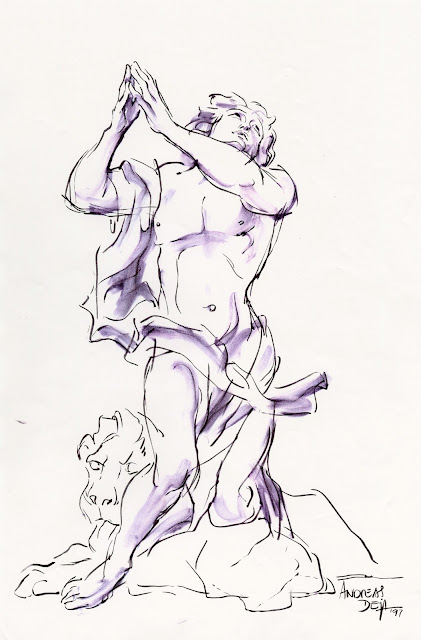 I drew from these sculptures more than twenty years ago. The late renaissance and early baroque have always fascinated me because human figures in painting and sculpture had this amazing sense of motion. I studied this stuff because I hoped to improve the fluidity in my own work by re-visiting those European masters.
Brush pen and wet finger tip smudges. 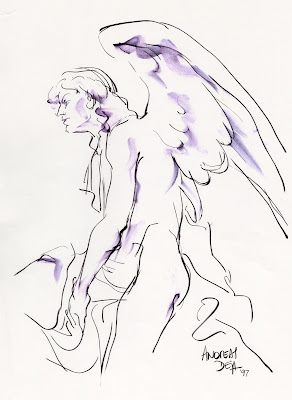 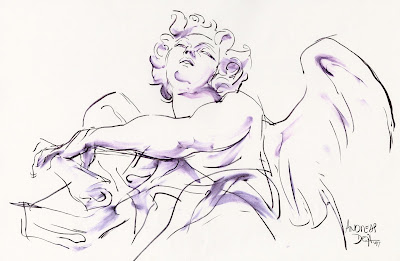 Posted by Andreas Deja at 12:38 AM 3 comments: Links to this post 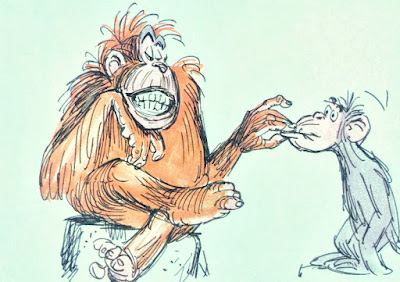 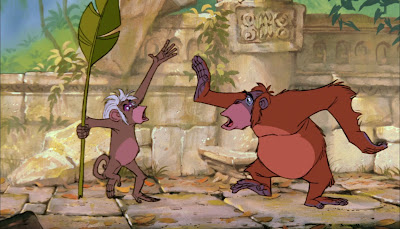 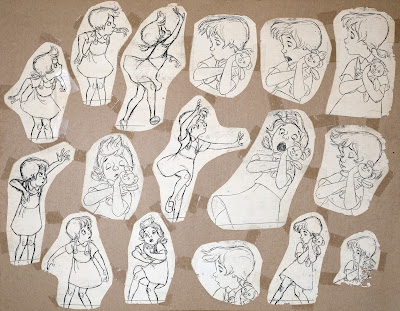 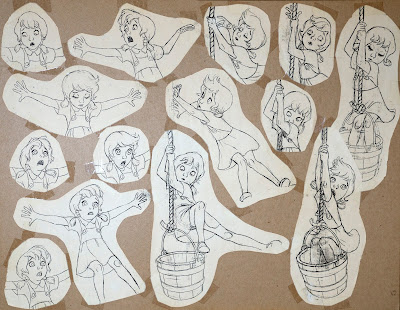 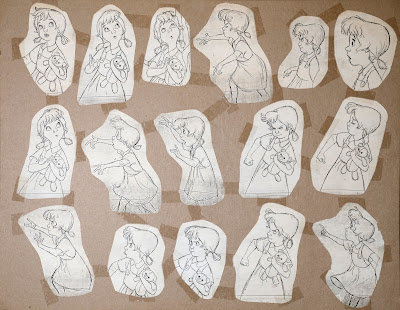 Posted by Andreas Deja at 2:28 AM 11 comments: Links to this post 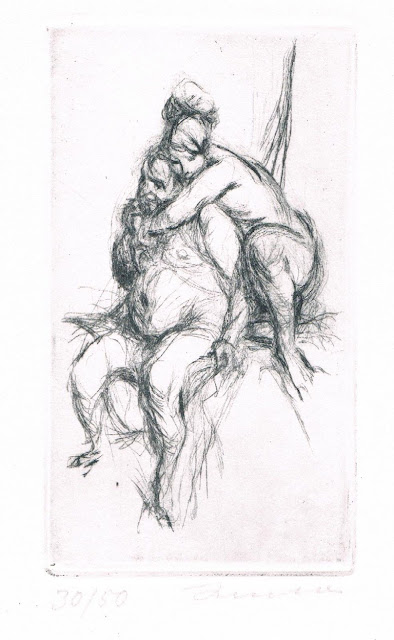 Can't get enough of the extraordinary work by German Illustrator Wilhelm M. Busch.
The compositions, the intense search for portraying human anatomy in its most fascinating way...
so much to admire. Most definitely one of my favorite artists from the last century.
I so wished I could have met him when I was still living in Germany.
Art that makes you think about your own approach to seeing the world. 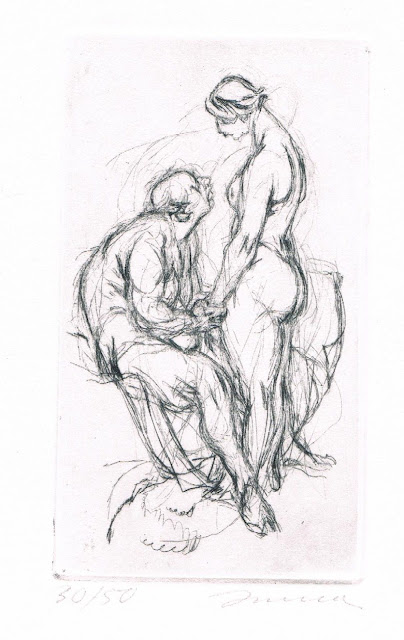 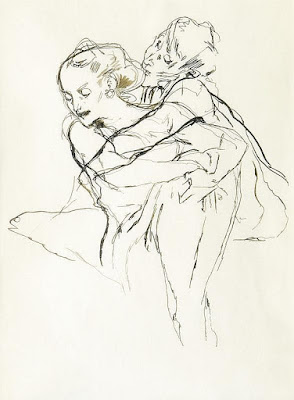 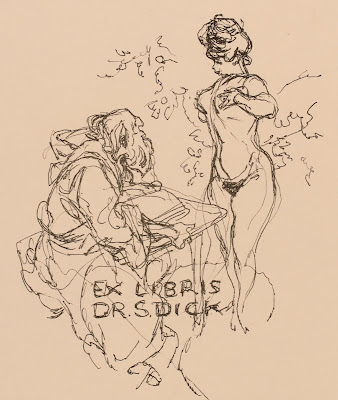 Posted by Andreas Deja at 1:35 AM 3 comments: Links to this post