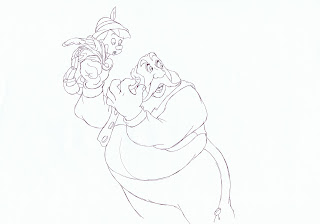 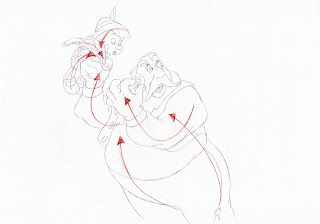 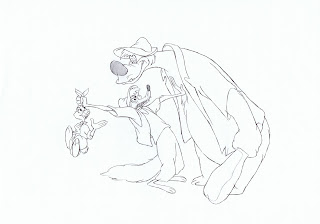 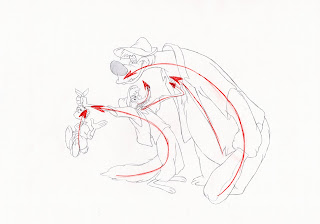 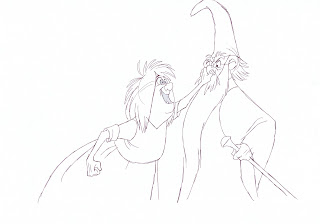 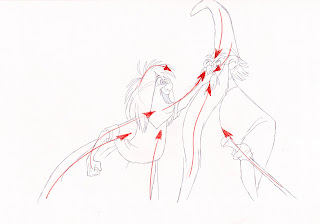 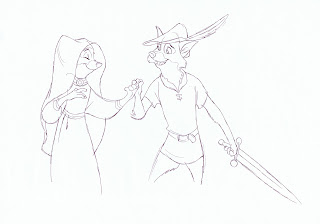 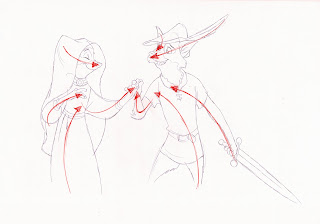 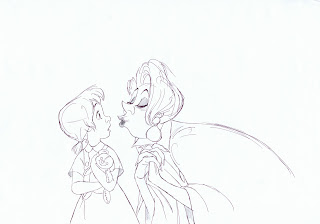 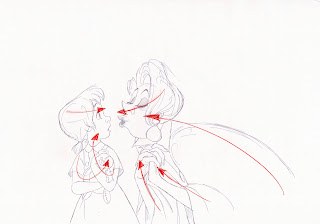 Milt again, drawing Penny and Medusa.
It is absolutely clear who is the forthcoming character, and who is reacting.
Medusa is as usual overpowering, and here even her lips help the visual connection with Penny.
I don't know about you, but I find studying this stuff fascinating.
Posted by Andreas Deja at 12:43 AM