As many of you know Woolie Reitherman's son Bruce is the voice of Mowgli in the
"Jungle Book".  He also acted out certain scenes as live action reference for the animators.
I have had the chance to be involved in a few Disney events with Bruce, including
a panel discussion at the El Capitan theater to promote the latest DVD release of "Jungle Book". The two of us then joined songwriter Richard Sherman for its audio commentary.
That was a morning at the studio I won't forget. How did I get here...to share memories and observations with these two celebrated gentlemen?
I remember pinching myself, but it was a blast to hear their recollections about their involvement in the classic Disney film.
Mowgli was animated by quite a few animators, and I noticed that each artist drew him just a little bit differently. Milt Kahl set the final design, but the majority of his scenes were animated by Frank and Ollie.
Any variation in drawing styles are way too subtle to get noticed by the general public.
Here is a beautiful scene by Frank Thomas,  toward the end of the film.
Baloo is supposed to take the mancub to the village, but Mowgli thinks it's playing time. The animation is so convincing, there is real weight and honest emotion.
Frank did this scene without the help of live action reference.
The first part of the pencil test is missing inbetweens, but then it picks up and becomes pure magic.
To be honest with you, I didn't even know I had Frank's thumbnail sketches for this scene, they were hidden amongst the animation roughs.
I love all of Mowgli's little hops and steps, it looks like the essence of a real kid.
Frank blows me away! 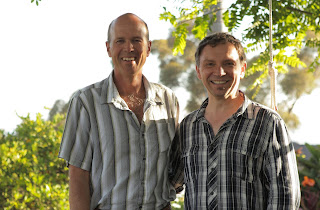 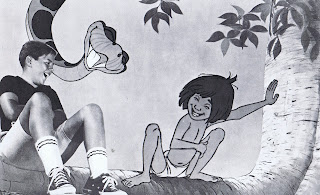 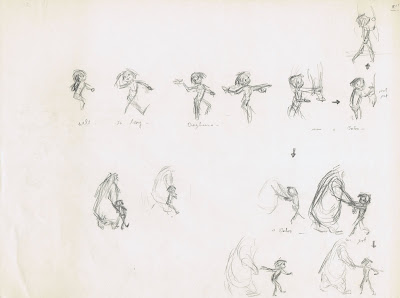 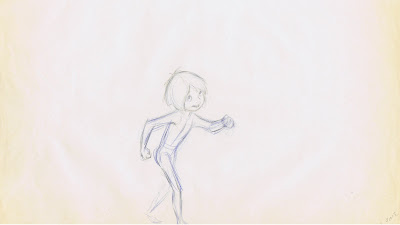