Fred Moore from the Back 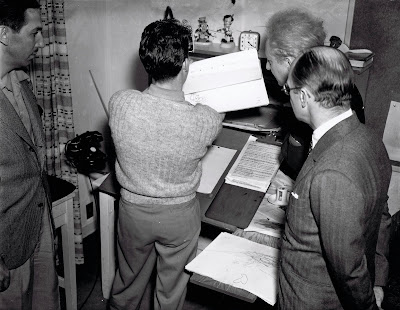 As far as I'm concerned there aren't enough photos of Fred Moore around.
This is the guy who changed the look and feel of character animation during the 1930s in a big way.
The photo above was taken in Fred's office at the Disney Hyperion Studio. It looks like Walt is dropping by with guests Leopold Stokowski and Deems Taylor, and Fred is giving a demonstration on how animation works by flipping a scene with Mickey from The Sorcerer's Apprentice.

This was the time when Mickey's design changed, and he was given pupils for the first time.
You can see the character has come a long way since the early black and white films.
There are plenty of graphic cheats going on in this model sheet from 1938, but who cares, there is ultimate appeal in every single sketch! 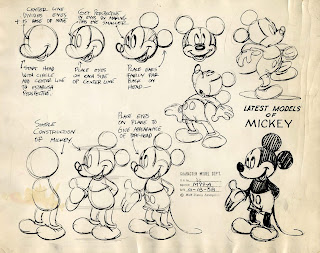 The next image shows Fred decorating a board with centaurettes. That board served as a backdrop for a filmed drawing class as part of the feature film The Reluctant Dragon. The photo was taken on one of the sound stages of the new Burbank Studio. 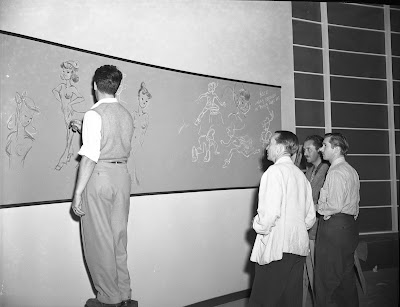