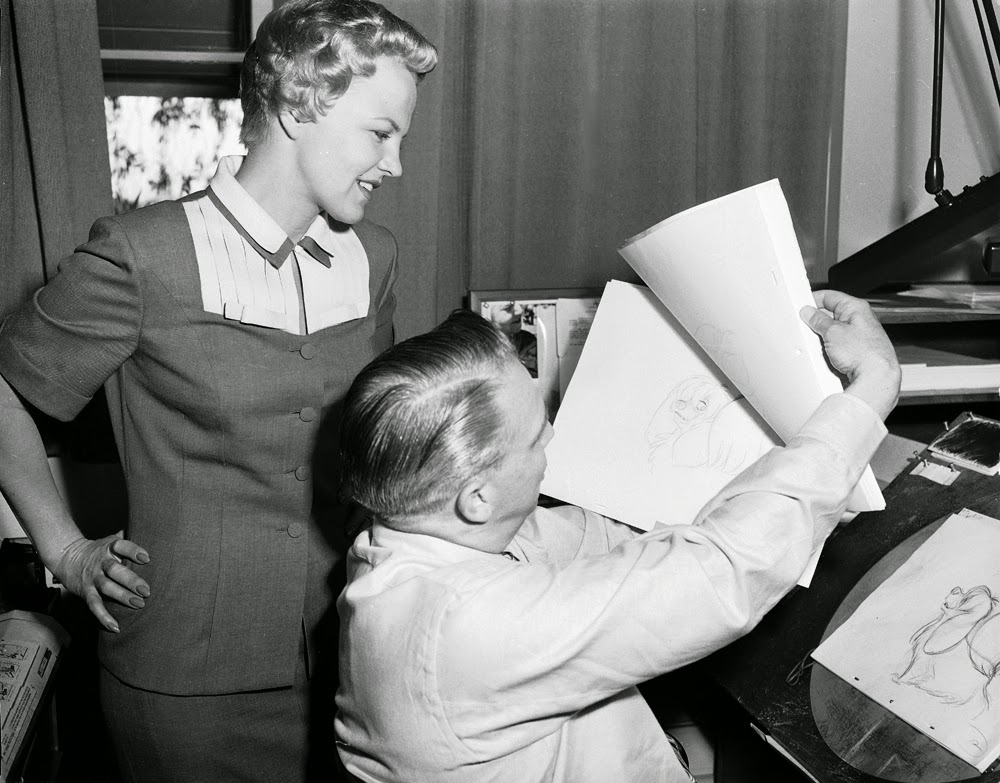 Eric Larson is flipping a scene with his character Peg for singer/songwriter Peggy Lee, who provided the voice for this sultry canine.
Eric usually downplayed his capabilities as a draughtsman when compared to animators like Kahl, Davis or Frank and Ollie. But his assignments for the film Lady and the Tramp show clearly that he was not only a great actor with a pencil, but that his drawings were right on par with the studio's high standards. Peg's animation during her song "He's a Tramp" is beautifully timed in its rhythm and elegant moves.
These rough animation drawings are loaded with appeal and flair. 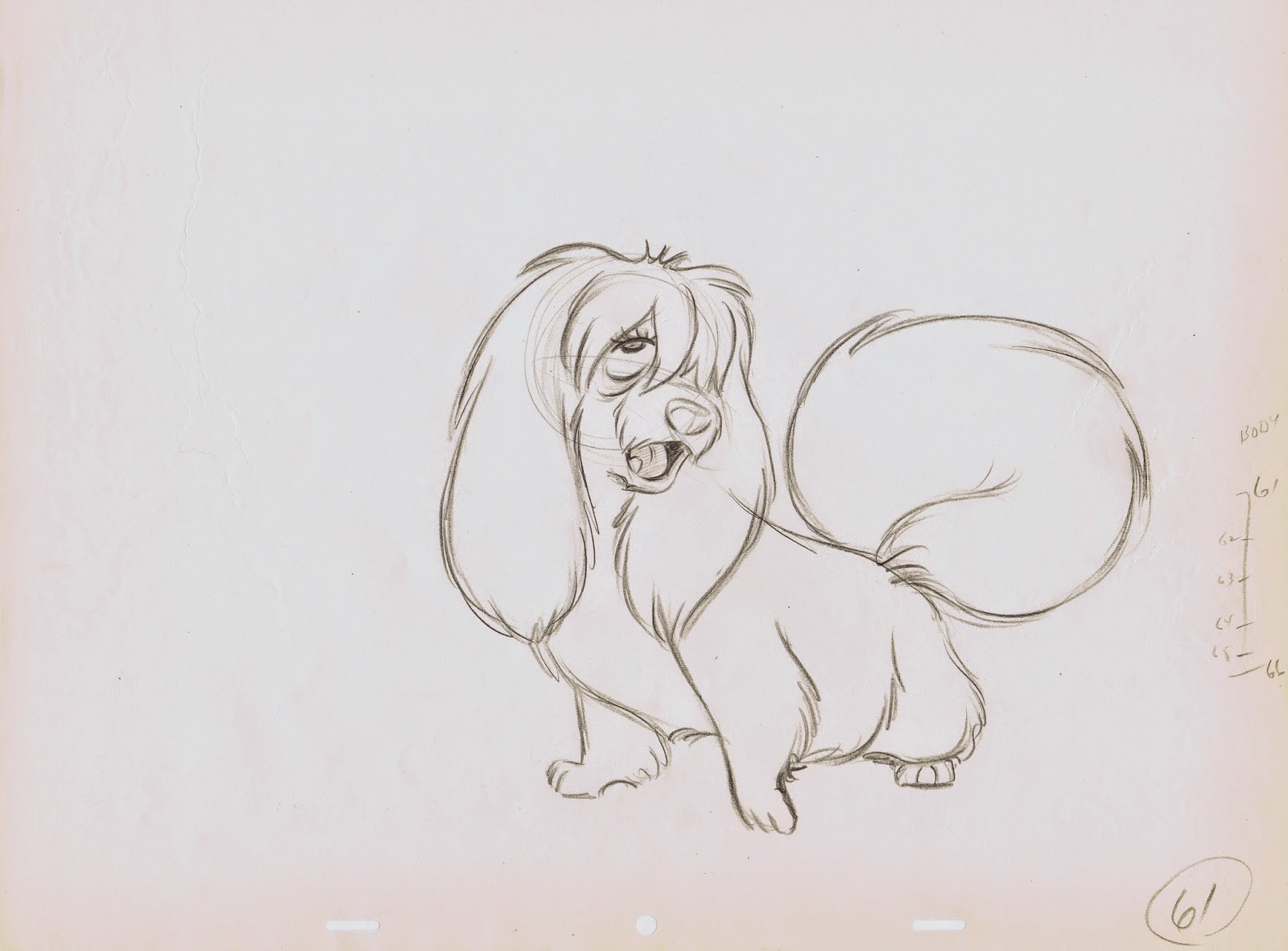 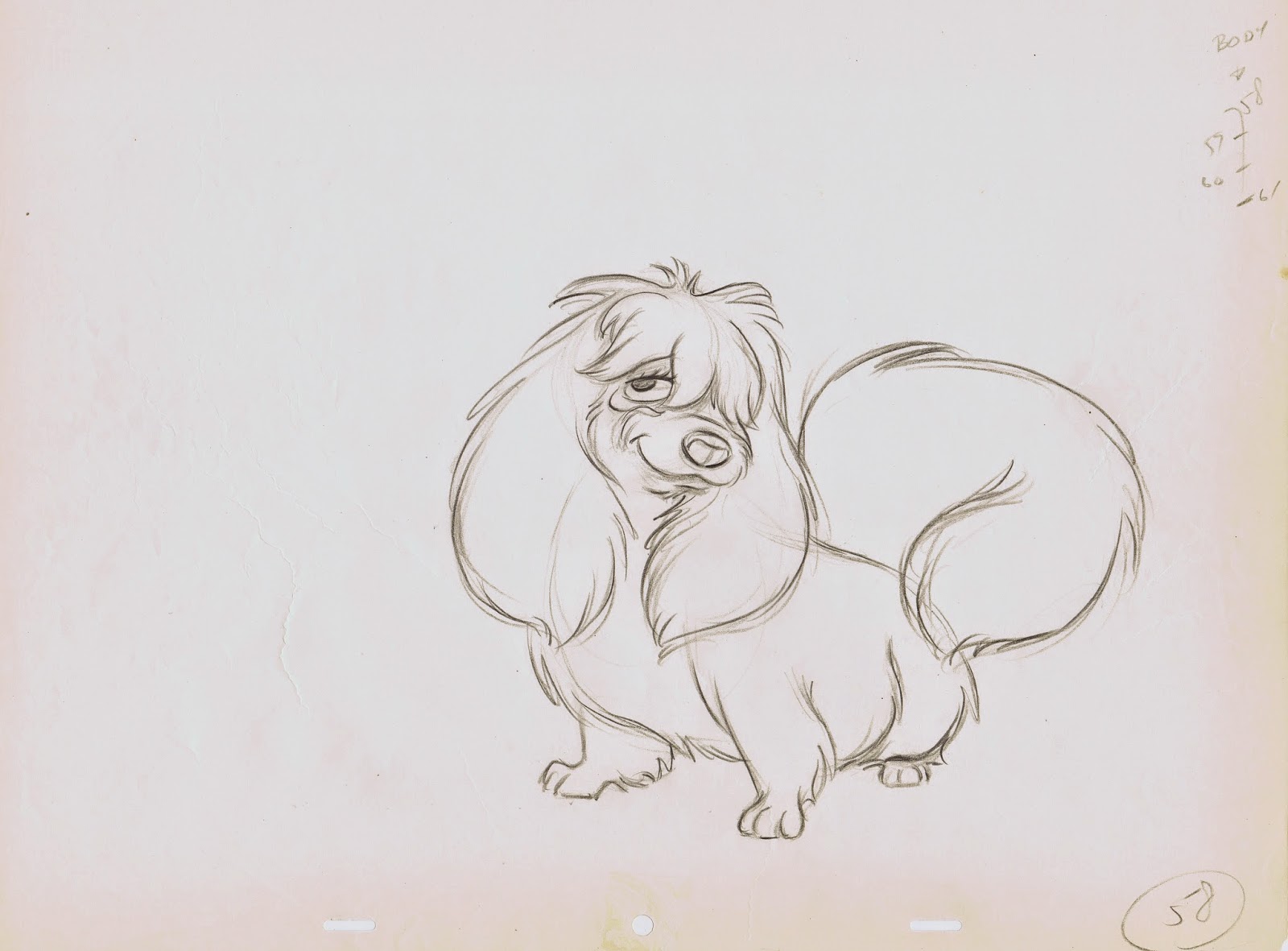 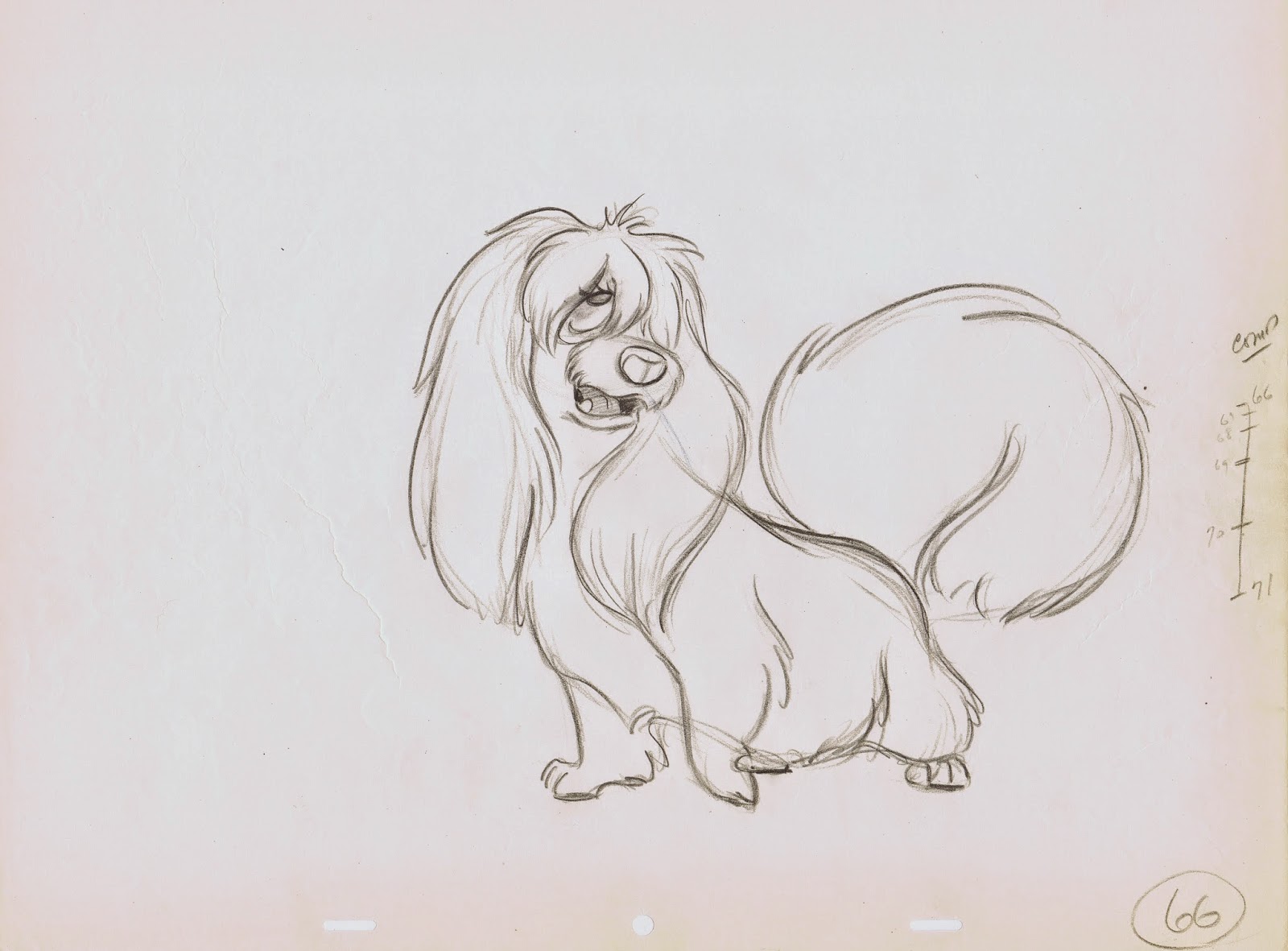 The Beaver's footage was shared between Milt Kahl and Eric, and their scenes work seamlessly together. In the drawings below the Beaver tries to figure out a way to put on the dog muzzle, or as he calls it "a log puller". He is struggling to find a way how to put this thing on, and you can see that Eric struggles a little to work out the involved action. But it's a beautiful struggle, and in the end the drawings show great clarity in the scene's staging. A lesser animator would get all caught up in trying to figure out the technicalities of this piece of action. What beautiful drawings and what a beautiful scene. 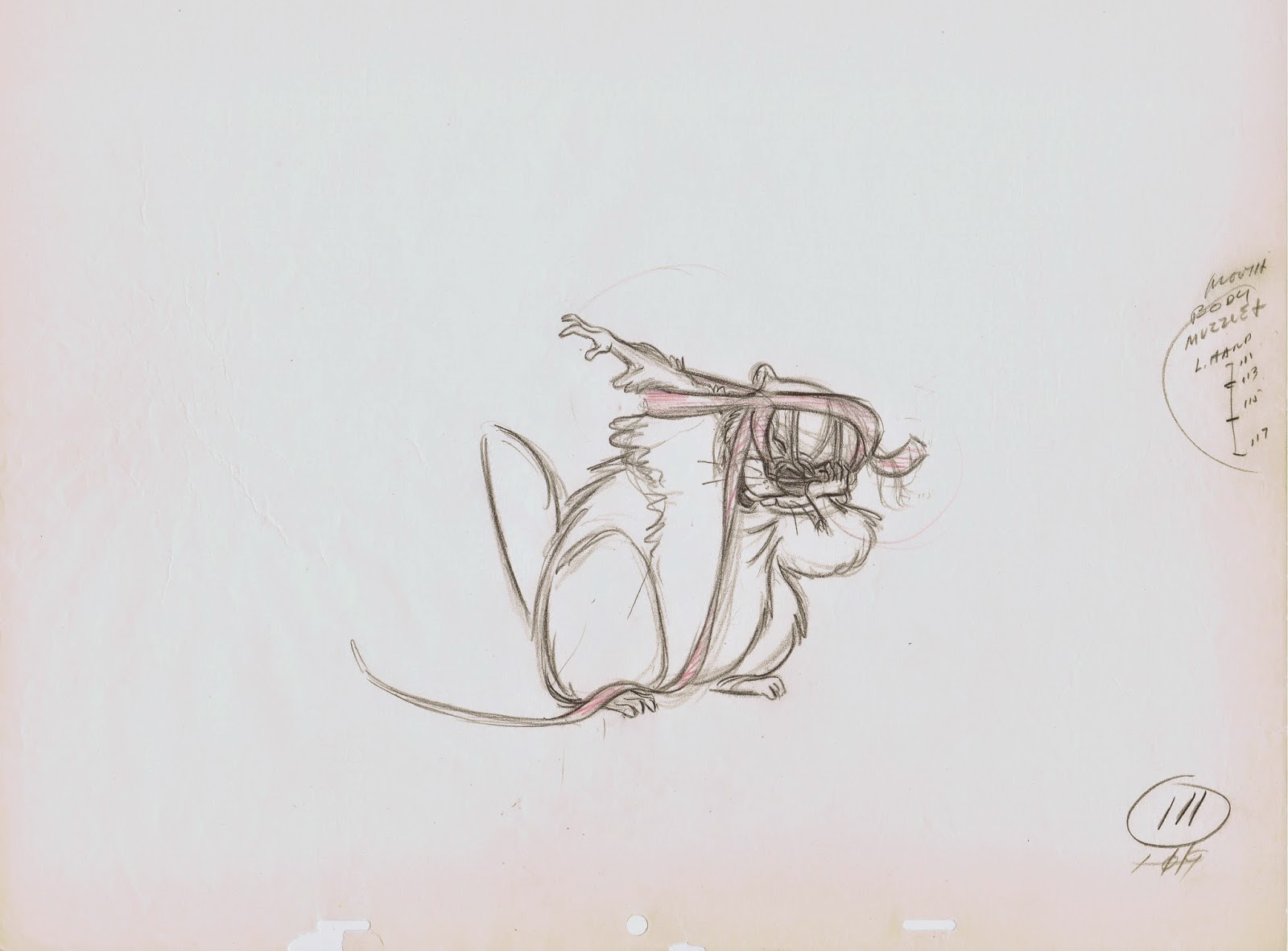 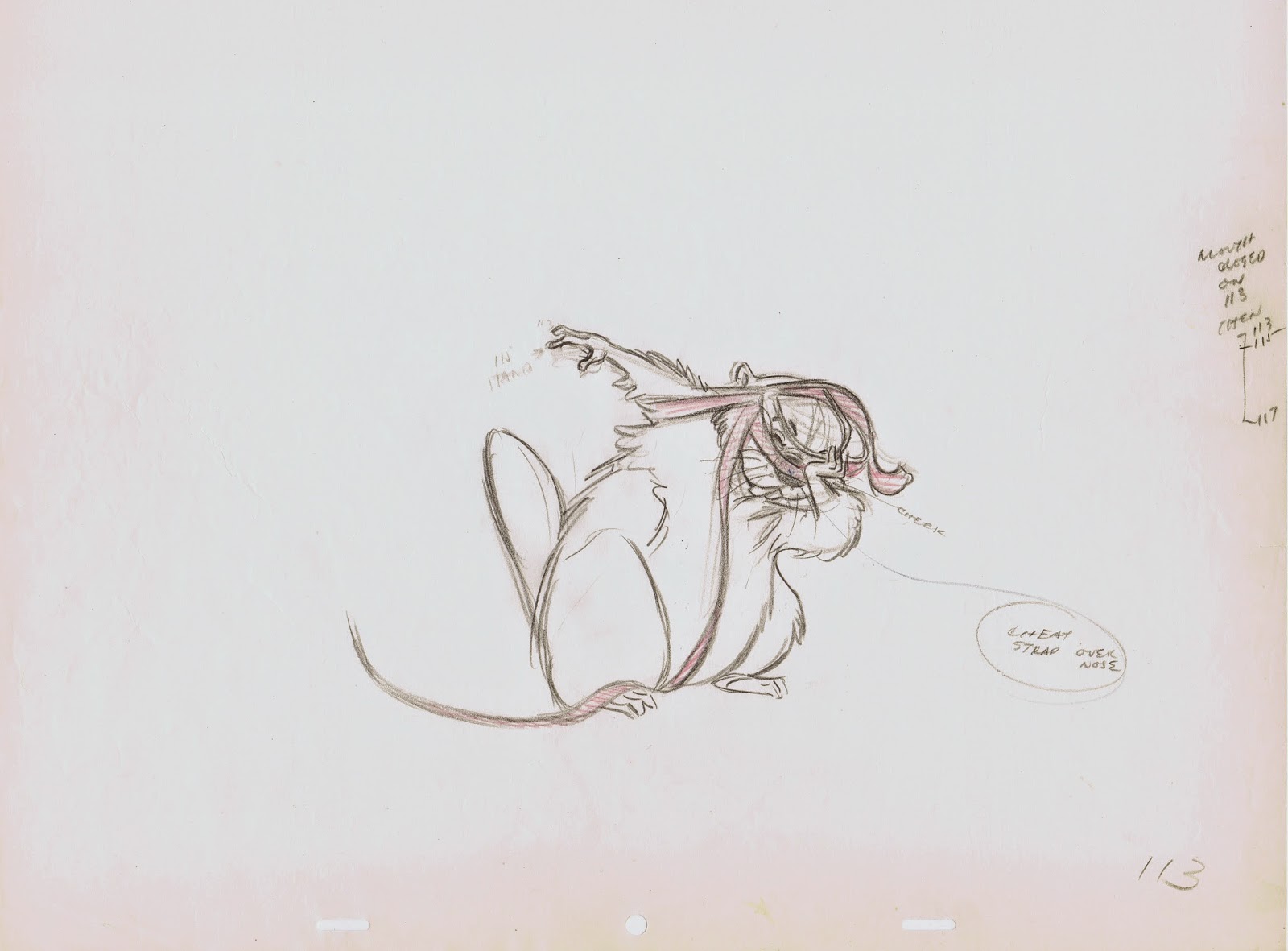 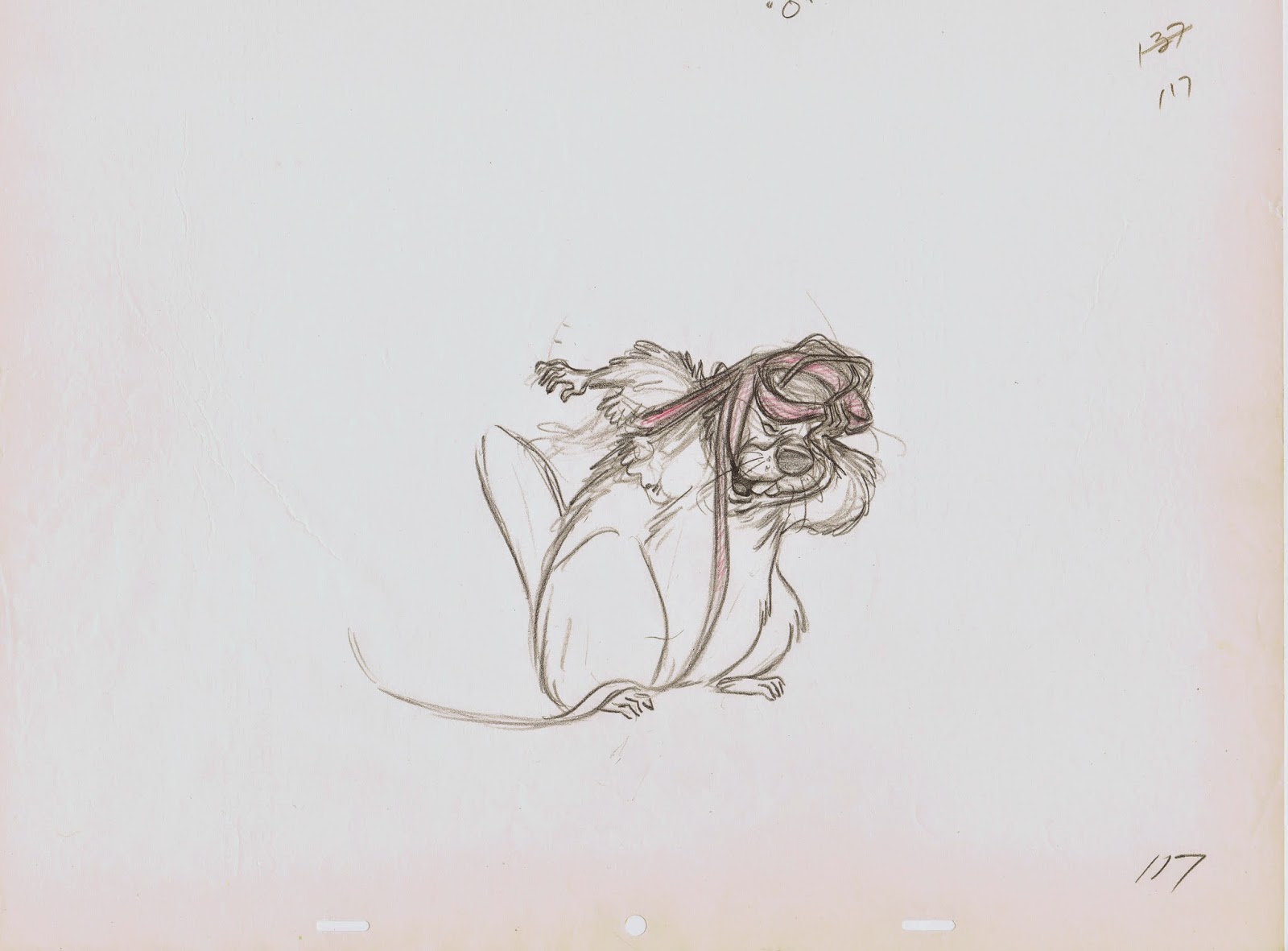 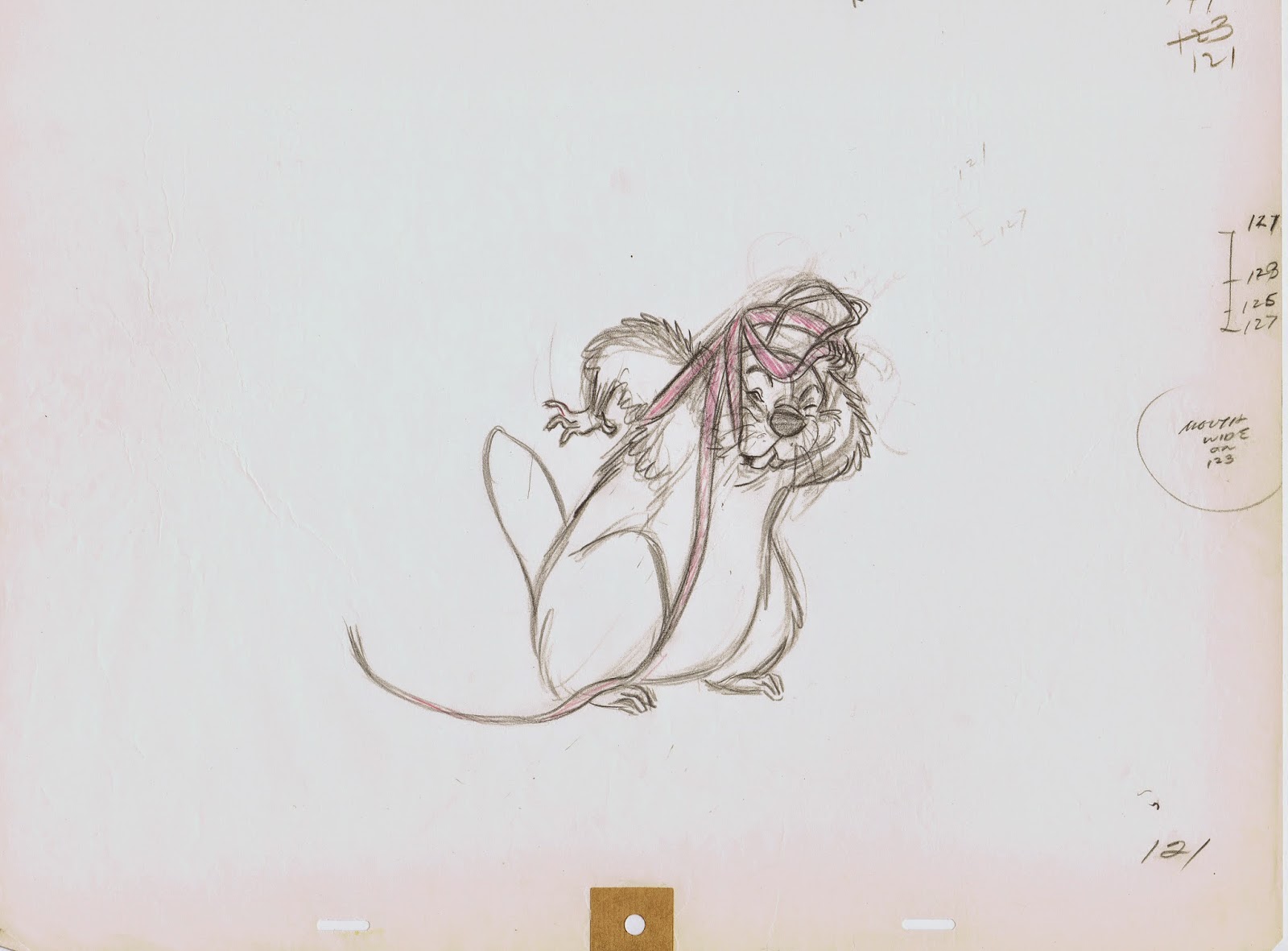 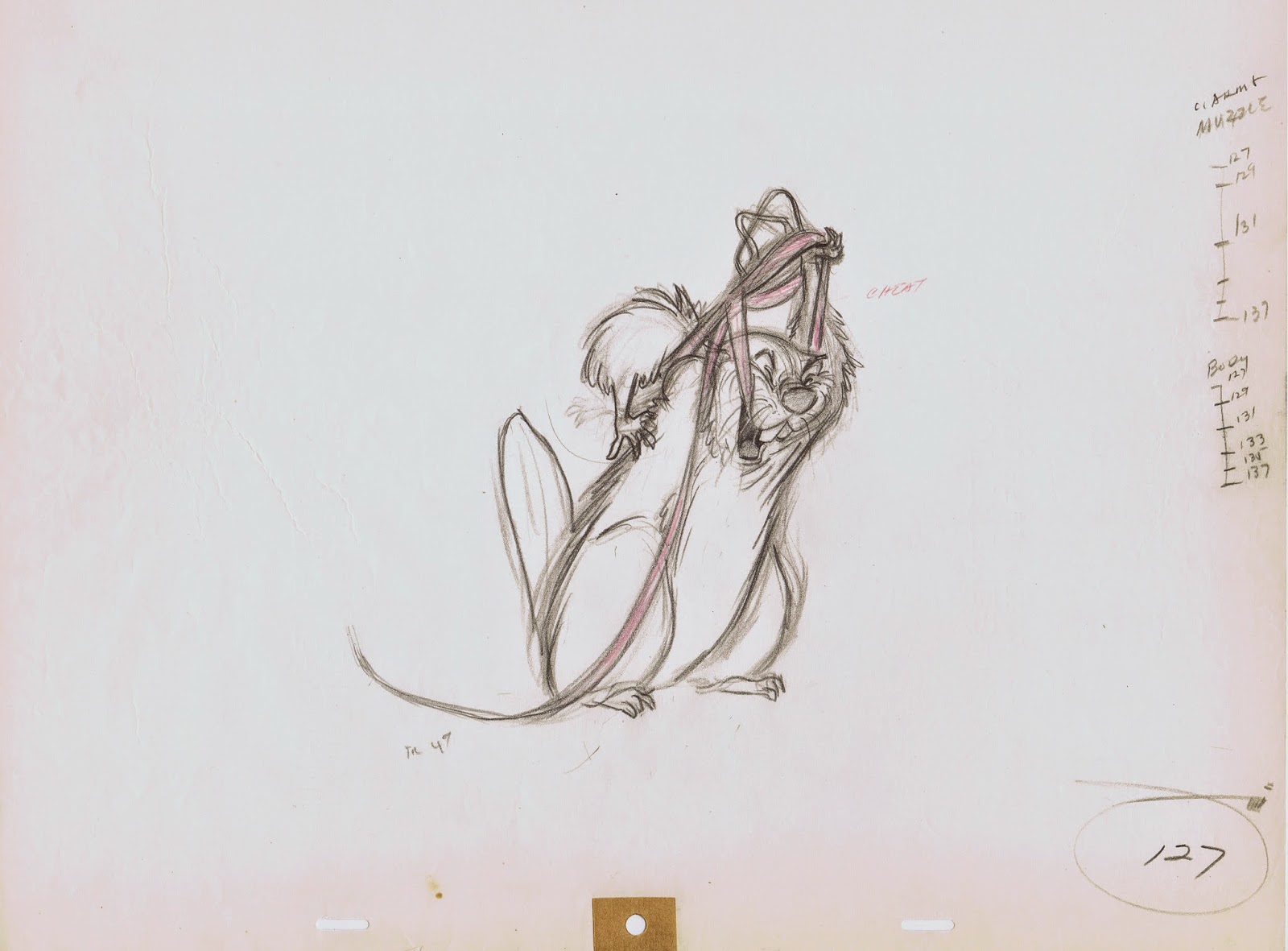