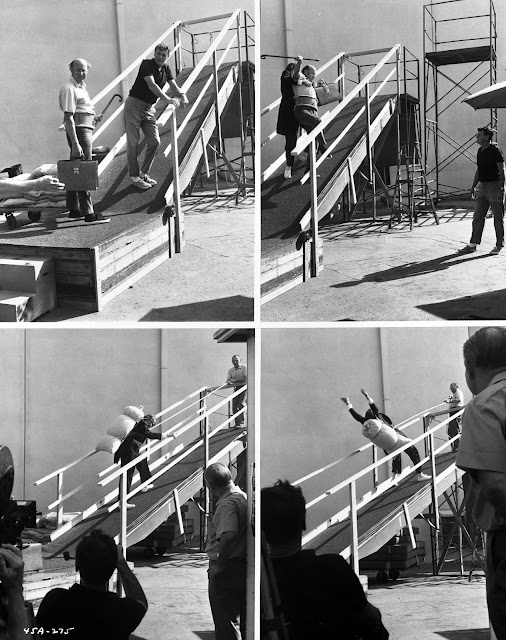 As I mentioned before, I like a lot of things in the film The Aristocats. But the sequence in which lawyer George Hautecourt takes the stairs with the help of Edgar, the butler, always baffled me. This is potentially a hysterical moment in the film. The old man refuses to use the elevator to get to Madame Bonfamille's parlor. The stairs will be just fine. Edgar comes to his aid, but things don't go so well.
Extensive live action was filmed to help animator John Lounsbery with ideas for comedic business.
Actually those ideas weren't half bad, it's just that every animated scene in the sequence looks stiff.
At one point the lawyer hangs on to Edgar's suspenders as he looses his balance. The elasticity of the suspenders causes him to move upward swiftly, resulting in a collision with Edgar.
It is surprising that none of this cartoony business shows any weight at all. Both characters seem to float around, never showcasing believable motion.
I remember Milt Kahl being critical of this section of the film. He said he would have handled the humor differently. To me it's the execution that falls flat.
Perhaps Lounsbery, a brilliant animator, found little inspiration in the live action reference. 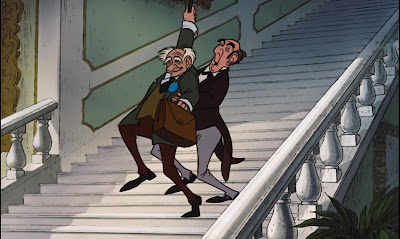 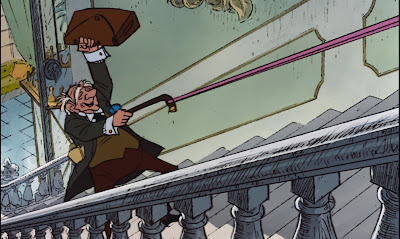 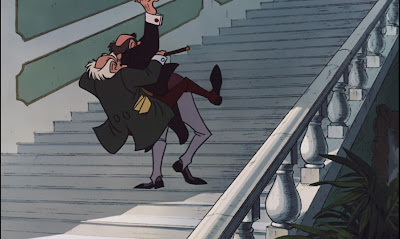 Here is the link to the film's youtube clip: