A Moment of Truth 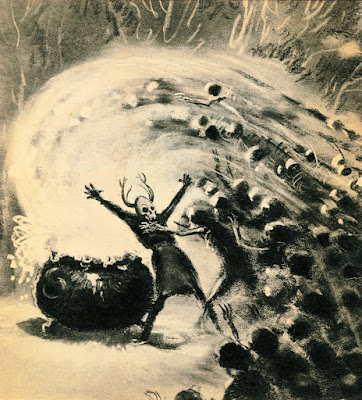 I left Walt Disney Animation exactly five years ago.
This moment makes me reflect on my early days at the studio, which was then called Walt Disney Productions. You can't tell from the photo (taken by Hans Bacher), but I was thrilled beyond belief that Disney had actually hired me. We were still working in Walt's original Burbank Studio, and even though retired, most of the Nine Old Men were still around. They would come in for the occasional lecture, Eric Larson still worked on a daily basis as head of the training program.
Believe me, I knew I was one lucky guy. I remember Christmas time at the studio. Before our holiday break, there was an impromptu eggnog gathering in layout artist Don Griffith's office. Woolie Reitherman stopped by, as well as Art Stevens and other senior artists.

The photo shows a guy who really didn't know what he was doing at the time. But as I mentioned, I was super excited. 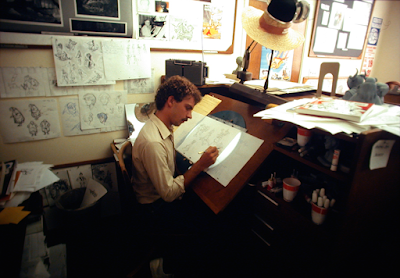 That's my buddy Phil Nibbelink, who along with layout artist Guy Vasilovich created one of the best sequences in the film, when the Gwythaint monsters kidnap the pig Hen Wen. 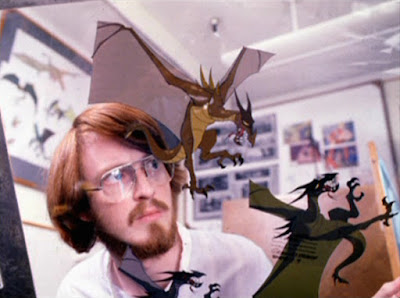 The movie did have some fantastic special effects. That particular unit did not show the inexperience evident in the the work by the character animators. 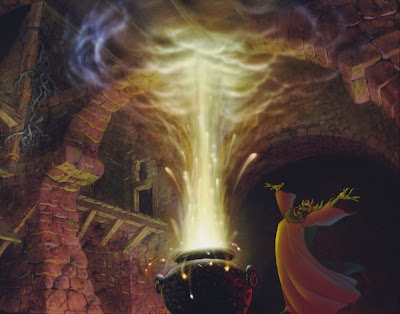 So here it is, the final footage chart. I had been on the film longer than most animators and ended up doing a chunk of work. No wonder management was kind to me.
So whatever you don't like about The Black Cauldron, I probably have something to do with. All I can say is that this was my "learning" project, I made a lot of mistakes, but by the end of production I felt like I was able to take baby steps as far as animating. 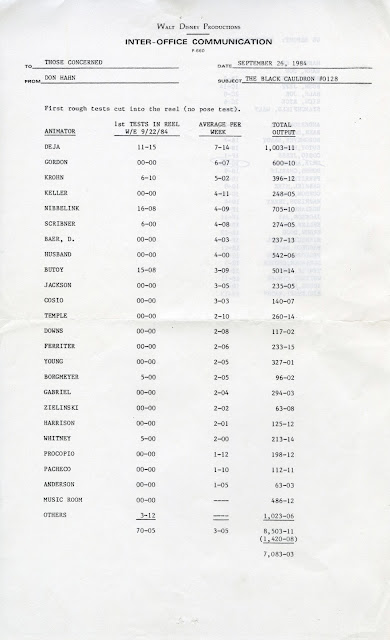 The numbers indicate feet of film. One foot and a half is ONE second of film.