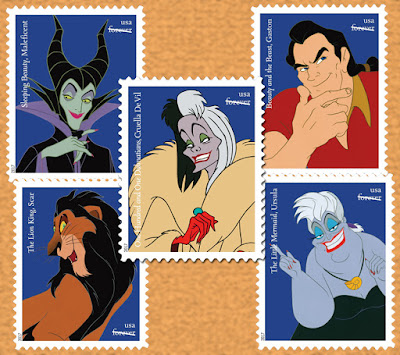 The United States Postal Service just came out with these Disney Villains postal stamps.
Pretty cool to find among them a couple of characters I helped create. These images were inked and painted on cels at Disney, based on the original clean up drawings from the films. 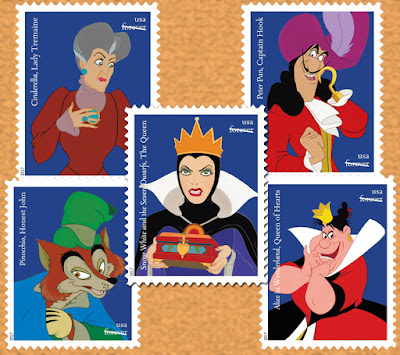 When I see a pose like this one it takes me right back to when I animated the scene.
"Crazy old Maurice..hmm" , Gaston says here. I recall acting the scene out in front of the mirror in my office. As Gaston (Richard White) says the line I moved into camera placing my left hand on my chin. I tried to play it subtle, so it would look like Gaston is getting an idea about what he is going to do with Belle's father. 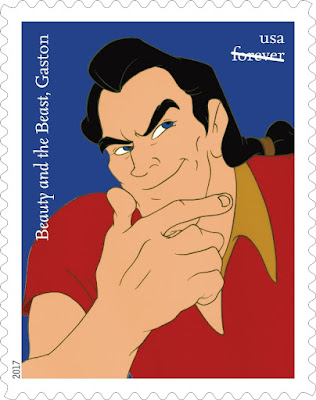 On this cel the eye direction was changed. In the movie Scar is looking back at Simba, who has just asked :"Uncle Scar, will I like the surprise?"  "Simba, it's to die for!" Great dialogue writing, and great delivery from Jeremy Irons. 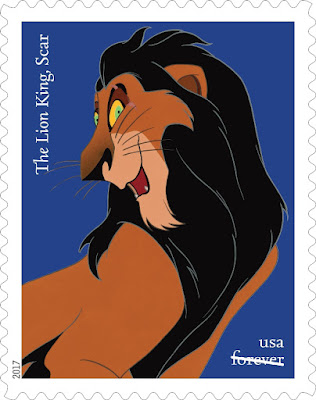