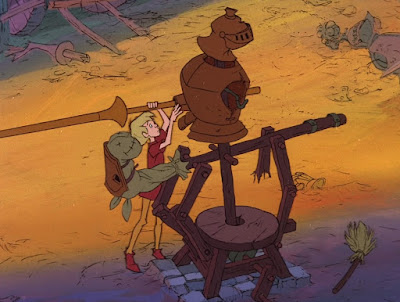 Cliff Nordberg animated this scene from The Sword in the Stone, in which Wart is adjusting a "Jousting Machine". Sir Kay is not very successful in practicing jousting on this contraption.
This is Scene 46 from Sequence 4. The draft says:

The footage is based on live action, which was performed by one of director Woolie Reitheman's sons. Since Wart is the lead character, character designer and directing animator Milt Kahl kept a close eye on how other animators drew him. Here are numerous poses drawn by Milt over Nordberg's animation roughs.

There are drawings from another Nordberg scene included on this sheet. 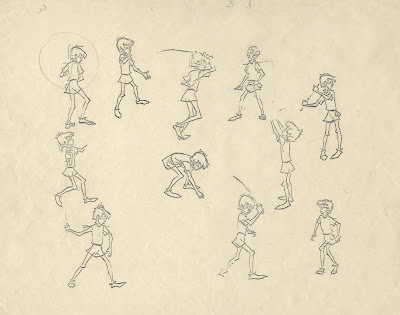