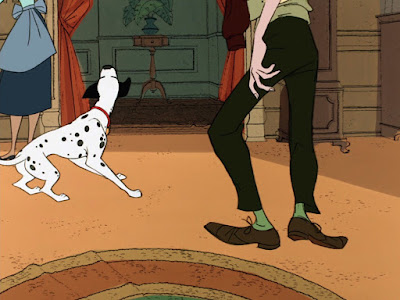 At least that's what it looks like to me, as Roger Radcliff hops toward Anita while finishing a verse which denounces Cruella De Vil. "This vampire bat, this inhuman beast. She ought to be locked up and never released!"
That last part is sung during this scene. Milt Kahl animated most of the footage involving Anita and Roger Radcliff, quite a few of them based on live action reference. But not here.
The leg motion follows the beat of the song and has a loose, freewheeling feel to it. This tells me that it came directly from Milt's brain on to paper.
The heels are always leading while the shoe front follows in circular motion. There is a goofy cartoony quality which you don't find in Roger's scenes that were live action based.
That's why I was thinking of Chaplin, who had applied similar type of leg motion to some of his walks.
The scene is on ones except for a few twos at the end. Here are the main key drawings. 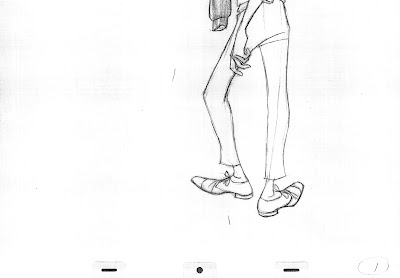 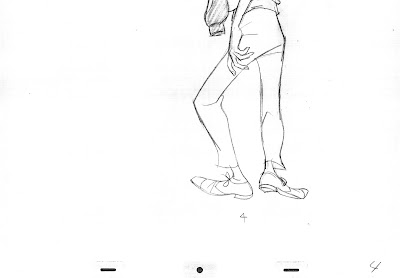 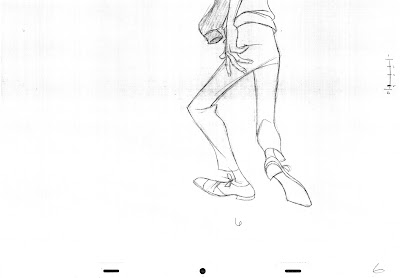 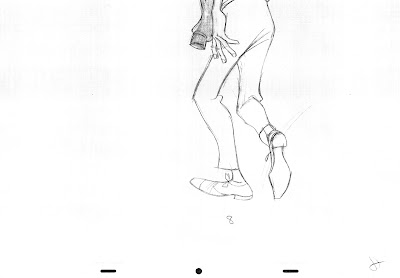 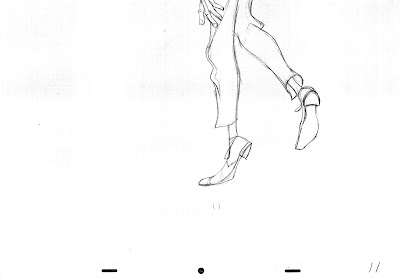 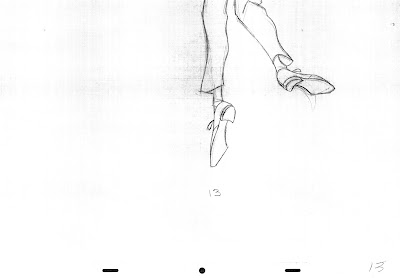 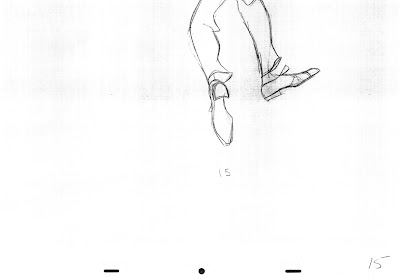 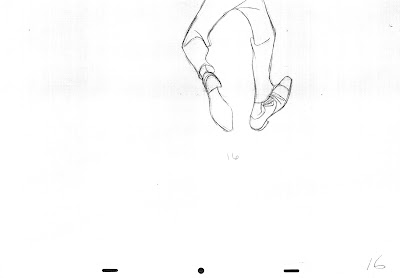 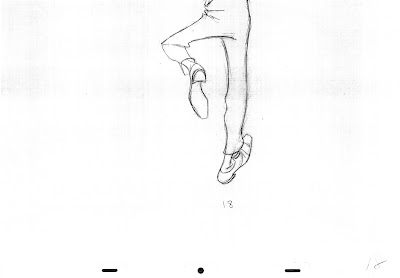 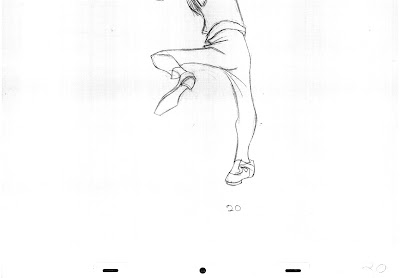 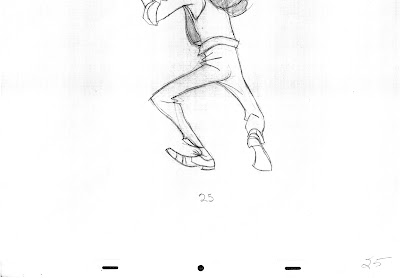 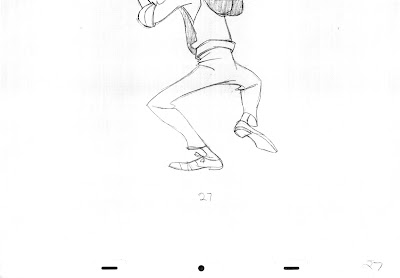 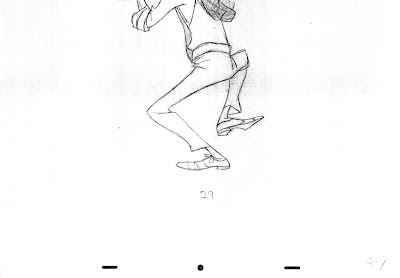 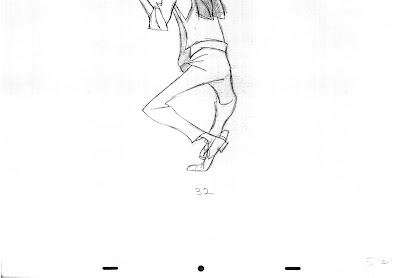 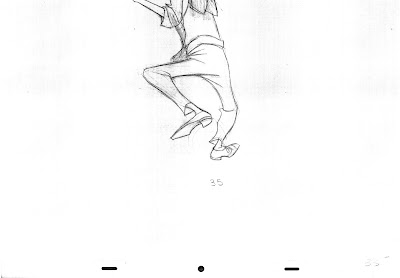 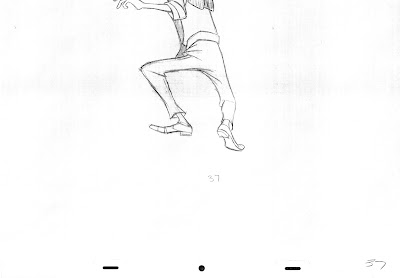 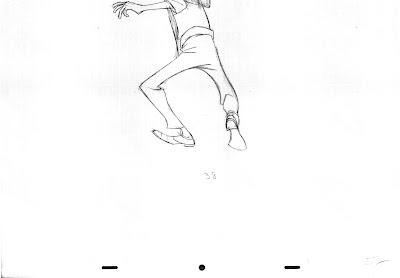 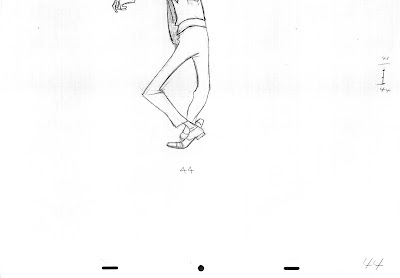 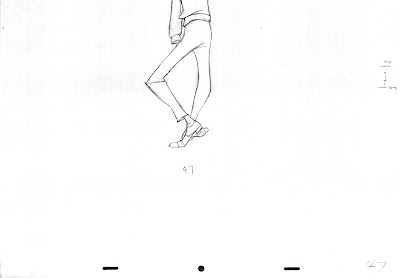 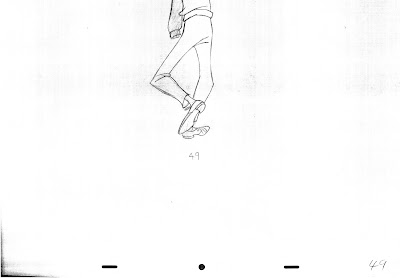 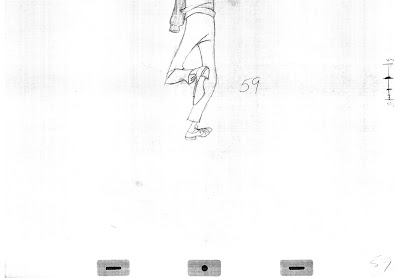 Hands and feet are notoriously difficult to draw and animate. The fact that Milt makes it look so effortless should come to no one's surprise.