More of my Black Cauldron Designs 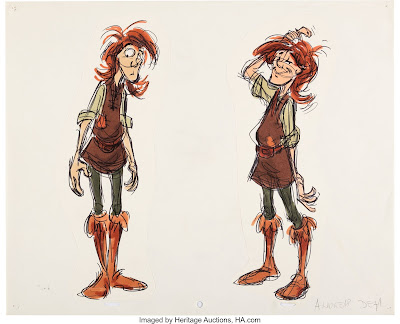 It's so interesting to see drawings you haven't looked at in decades. Heritage Auctions is again offering concept art from The Black Cauldron (from the film's producer's estate.) These are from another lifetime of mine.
Some were drawn in Germany, when I found out that Disney planned to produce this film. I read the books by Lloyd Alexander and got inspired. I do remember the sketches of Taran above, the witches as well as Taran with "big" Hen Wen were sketched out in my little cubby hole of a student place in Essen/Werden Germany. The others I did when I started at Disney in 1980.

This is an early version of Creeper, the Horned King's sidekick. 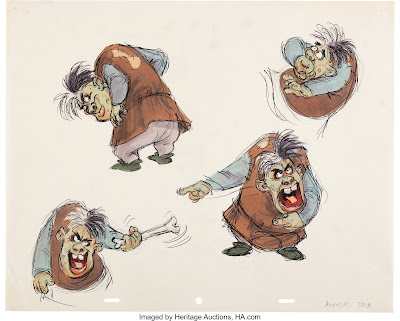 More designs for for the monster birds, called the Gwythaints. 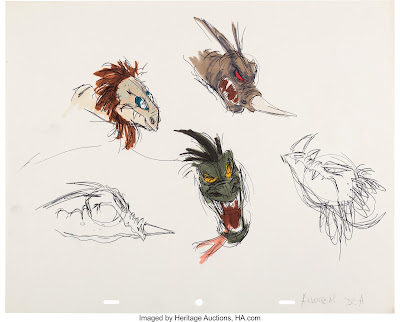 And again the three witches. By the way I used the design of the witch on the right for my assignment in the Disney Animation training program. Eric Larson asked me wether I wanted to do some animation on a classic Disney character or on a character designed by my own. So I chose this witch, who is really a mix of Madame Medusa and Madame Mim.
What mattered is that the scenes I animated seemed good enough for employment on actual production. 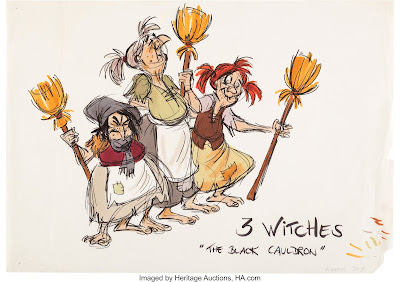 The L. Alexander books described Hen Wen as a pig having oracular powers. To me this had to be an old pig...sort of a gypsy type, 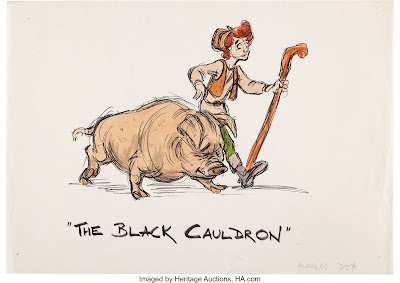 The "cuter" version of Hen Wen trying to escape the claws of a giant Gwythaint. 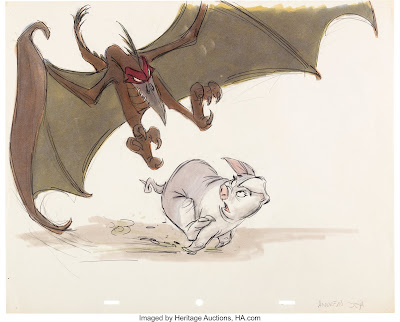