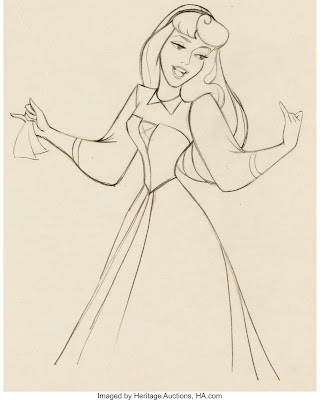 After all these decades Sleeping Beauty remains a stand out film among Disney animated features.
A grand experiment in artistic style and storytelling, which did not pay off at the box office in its original release in 1959. But after many re-releases in theaters and on home video this film is now beloved by just about everybody. 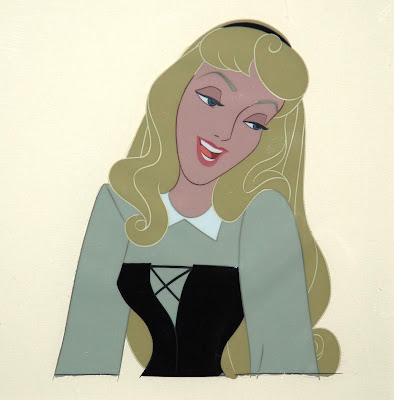 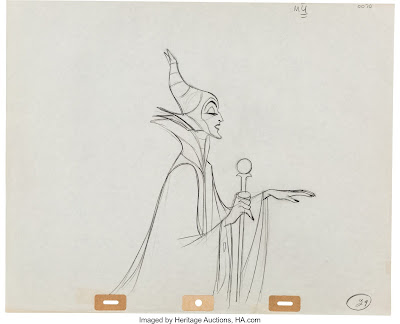 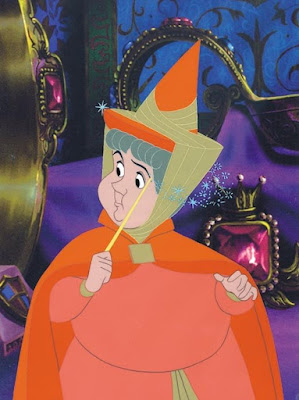 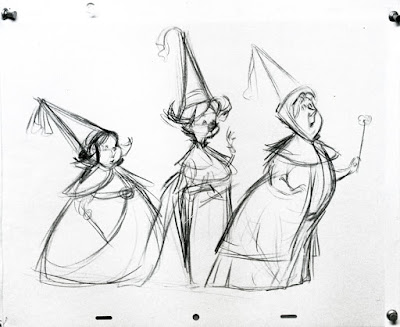 Incredible backgrounds with cels that don't match. It's worth zooming in on some of the gorgeous painted detail.

A couple of expressive roughs by John Lounsbery. 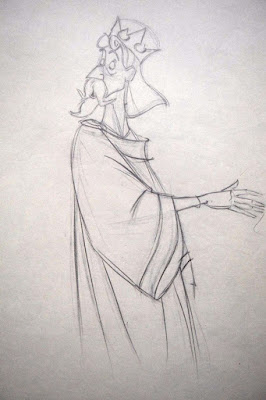 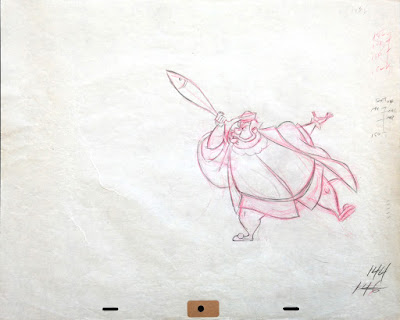 A haunting looking BG from a later sequence in the film. Merryweather is not supposed to sit on the chair.

A stunning Eyvind Earle study for the Sleeping Beauty walk through at Disneyland. 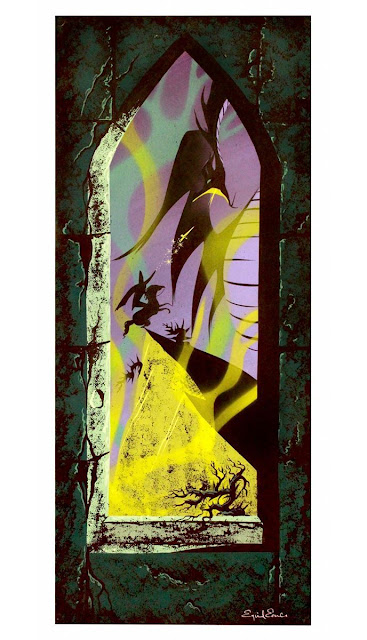 There are plenty of previous posts on Sleeping Beauty. Just type the film's title in the upper left corner, and they will all pop up.