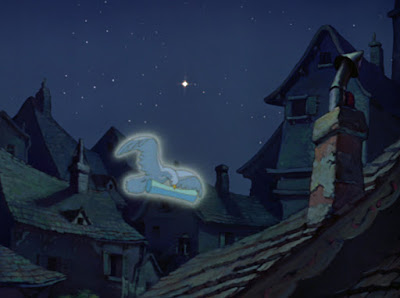 I remember years ago when I had a conversation about Pinocchio with Frank Thomas.
As usual I was gushing over the film and its animation.
Frank recounted certain sequences he was involved with in terms of animating the title character.
When it came to the section where Pinocchio and Jiminy Cricket returned home after escaping treasure island, Frank got suddenly agitated.
He really disliked the way the two characters were informed about Gepetto's absence and his whereabouts.
They re-introduced the Blue Fairy as a dove, dropping a written message right in front of them, Frank remembered. "I thought that was a terrible idea" he complained.
It didn't work for him way back, and it didn't work for him still.

I had seen the film numerous times and never questioned this story issue, but I realized Frank had a point.
How else this information might have gotten to Pinoke and Jimmy I won't even try to elaborate on.

Here are a couple of Frank's rough animation drawings from that sequence, followed by their corresponding film still. 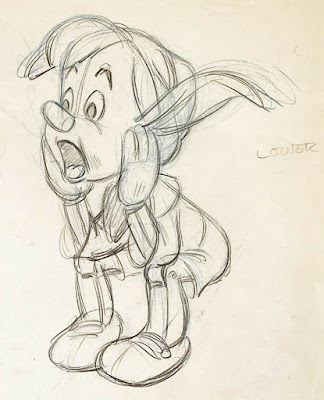 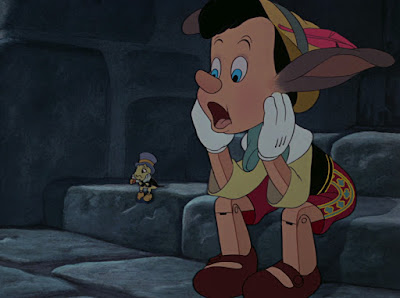 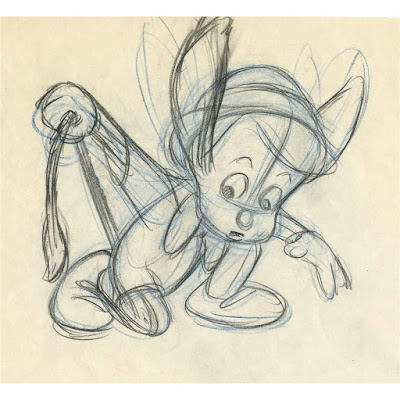 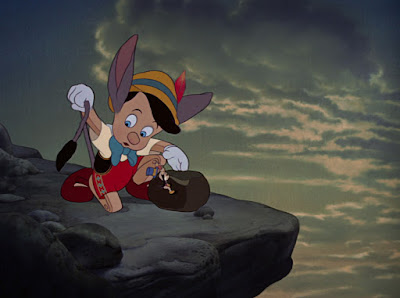