Atlas of the World 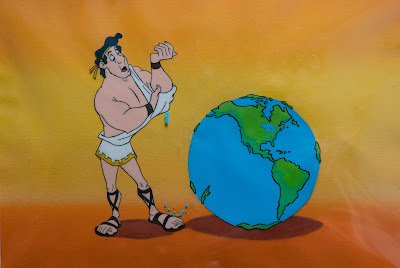 Before King Triton, Gaston and Hercules there was another bodybuilder type I animated.

If I remember correctly, toward the end of production of The Black Cauldron I discovered certain storyboards in the basement of Disney's original animation building. (We hadn't moved out yet to a warehouse in Glendale.) These storyboards looked beautiful, and I found out that Dale Baer had drawn them, and that his studio was producing the animation for an educational film to be shown at EPCOT.

So I contacted Dale to find out if he needed any help with this project. To make a long story short, I ended up animating a bunch of scenes with the character of Atlas, who was the host in this film.

Here is what D23 says about the project:

Animated Atlas of the World, The (film) Short animated film telling of the geological and meteorological aspects of the ocean, for showing in Seabase Alpha in The Living Seas, Epcot. Opened on January 15, 1986. Directed by Mike West.

Dale gave me the film's opening to animate. I also drew a few more scenes throughout the short. I don't recall if there were other animators that helped out, but I don't think so. Dale's Animation shines here, as it always does. He was and is a phenomenally gifted animator, who was mentored by John Lounsbery in the Disney training program during the 1970s.

My own footage still shows some inexperience, I think, but thanks to Dale's guidance it was good enough to be included in the film. A funny thing about a "host" type in an educational film: The focus is on the information being conveyed. But the character himself still needs to be interesting and entertaining to watch. So you are looking for acting patterns that show some personality without detracting from what's been taught here. Jimmy Cricket and Ludwig van Drake are classic examples of that. 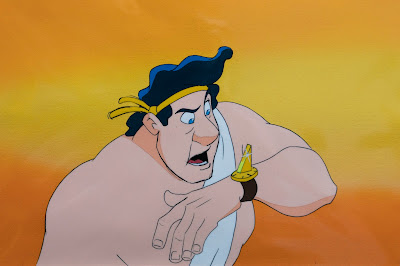 Dale was married to Jane Baer at the time. Before I moved to London to work on Roger Rabbit, they presented me with two cel set ups, scenes I had animated. They were both wonderful to work for. 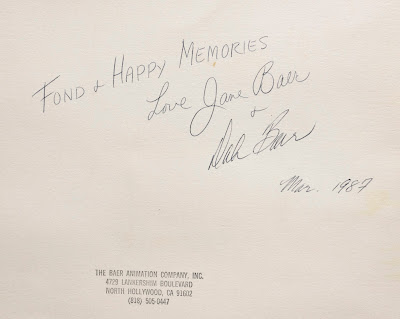 Here is a link to a video version of the film. Someone filmed it off the screen many, many years ago. This was posted on YouTube just recently:
https://www.youtube.com/watch?v=0gaQ3_L8e5w&feature=emb_logo
Posted by Andreas Deja at 12:15 AM