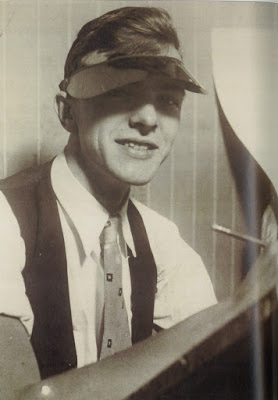 Milt Kahl was born on this day in 1909 in San Francisco. He was eight years younger than Walt Disney.
Most of you have seen this photo of him when he worked for the Fox West Coast Theatre chain. He drew print ads featuring titles and scenes from current movies. Each ad had a tiny "K" hidden within the composition. Believe it or not, but most of these original drawings still exist, they are with the Kahl family. 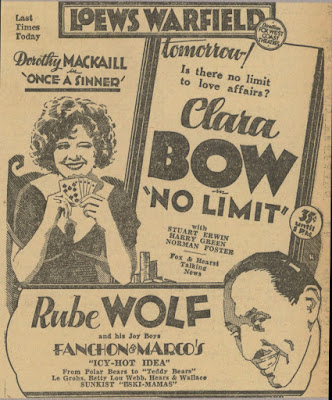 I have written plenty about Milt and his art over the years. Just enter his name in the blog search space, and all those posts will come up.

Milt loved the way The Sword in the Stone turned out. He never understood why the film underperformed at the box office. "The studio didn't have confidence in it. Some theaters even showed it in a double bill with the Three Stooges (an American vaudeville/comedy team). If that won't kill, than what will?"

Here are Milt's key drawings for a scene with Merlin and Archimedes. The owl has just crashed under a tree after saving Wart -in the form of a fish- from a hungry pike. Merlin approaches to pick up Archimedes, who is dripping wet.

A short, simple and gorgeous scene. Before bending down, Merlin anticipates the move on #5. He then lowers himself to pick up the owl by one foot. He takes one step before placing Archimedes on a tree branch during the following scene. 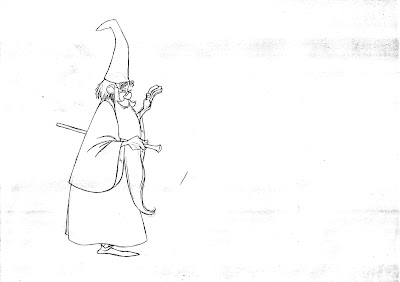 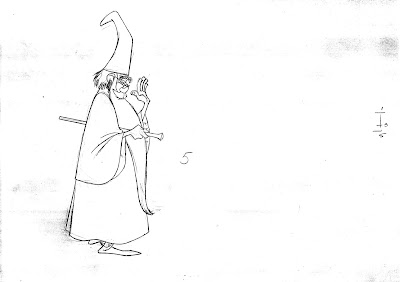 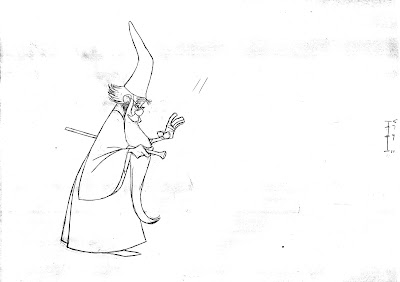 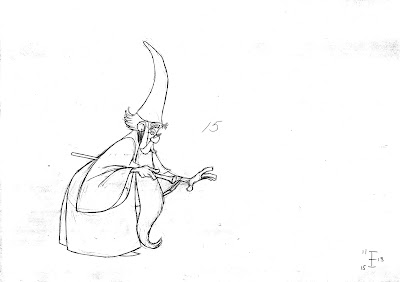 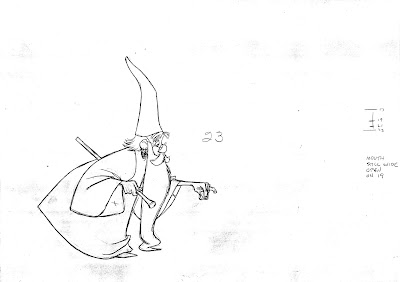 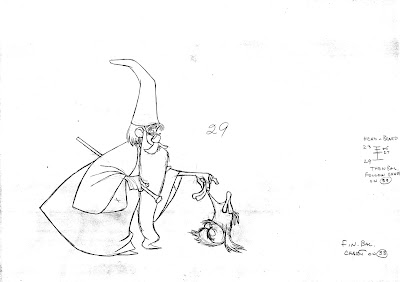 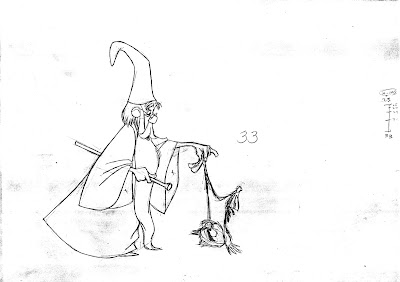 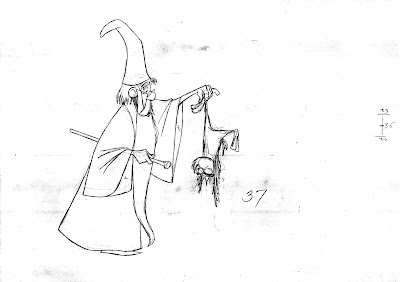 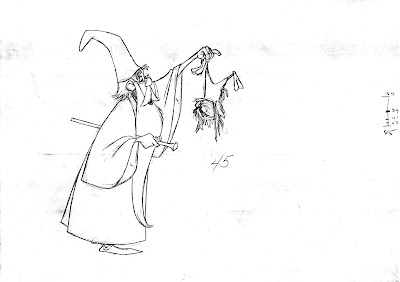 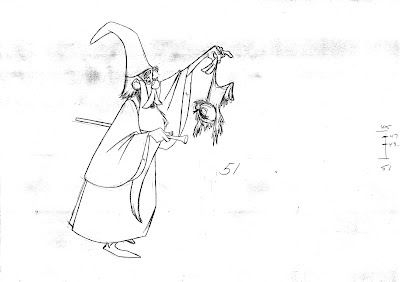 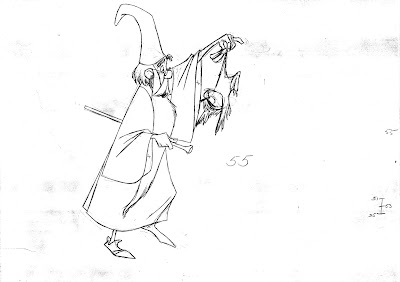 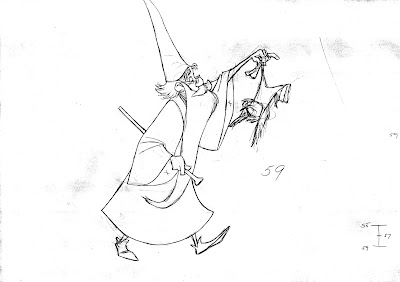