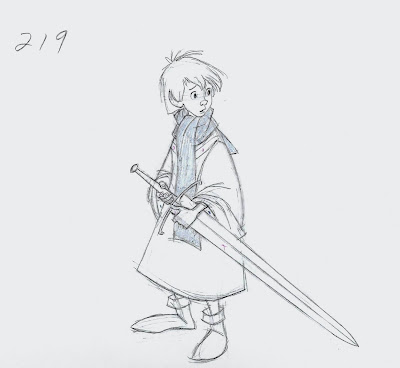 The discussion about The Sword in the Stone continues to this day, as fans and historians disagree whether this is a great or mediocre Disney film...or even a bad one. The movie certainly has strong sequences like the Wizards' Duel, the squirrels section and Madame Mim. But the film's key relationship between Wart and Merlin could be more interesting, more nuanced and more entertaining.

As Ollie Johnston said, what we had going on with Baloo and Mowgli, we never got with Merlin and Wart.

Here is a sampling of artwork from the film, starting with an animation drawing of Wart by Milt Kahl.

These Merlin studies were drawn by an assistant, who traced animation drawings by Milt. 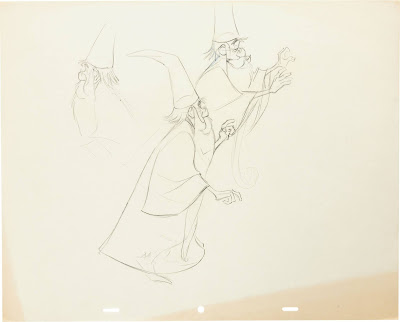 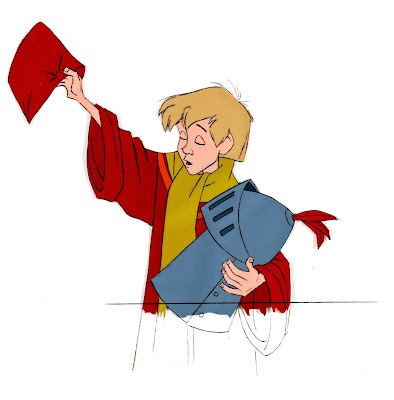 A cel from the film's finale.

A couple of cels from the Wizards Duel, animation by John Lounsbery. 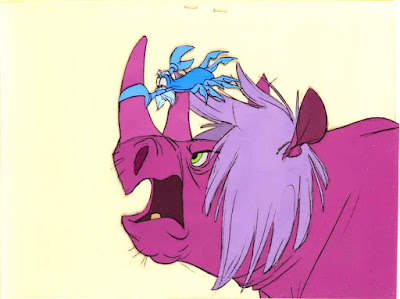 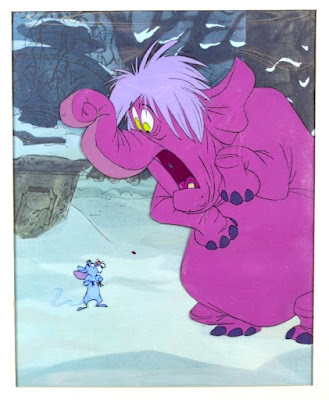 A cel set up from a scene animated by Frank Thomas. 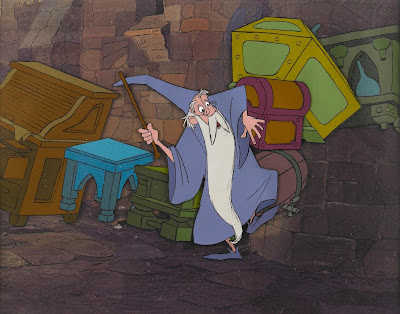 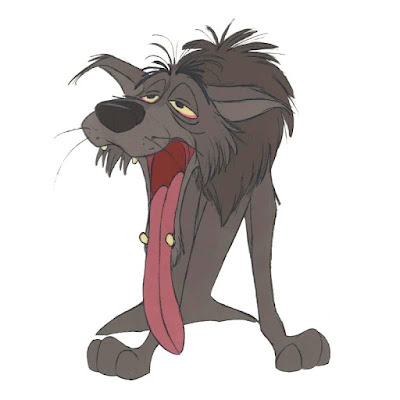 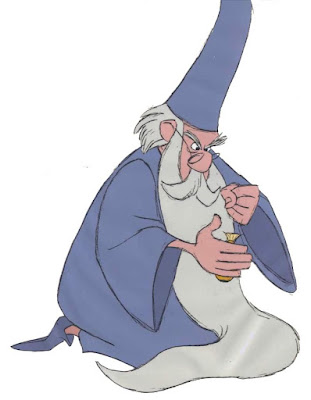 A color model for Sir Ector. 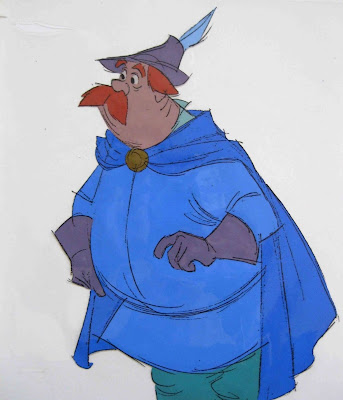 Another Ollie Johnston scene, which received a little drawing help from Milt Kahl: 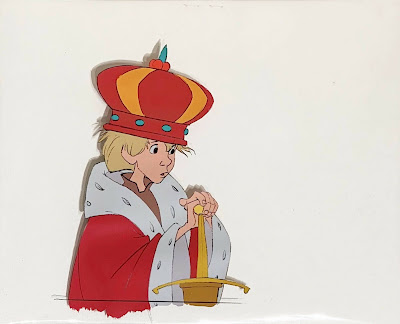