At Disney during Walt's time, there were numerous projects in development over the years, but then cancelled for one reason or another. One of them is Reynard the Fox. Developed in the 1930s at the studio over a few years, it was eventually shelved one day. The main character was too much of a thug and a rebel. Qualities Disney did not want to see in a title character.

Many years later, after Walt's death, the studio decided to produce the tales of Robin Hood, but with animal characters. Robin was going to be a fox, so for internal research, the artists referred back to what had been drawn for Reynard the Fox.

Milt Kahl ended up animating Robin, and I know that he referenced this vintage story sketch for one of the character's opening scenes. This is no coincidence. Look at the two poses! The old inspires the new. Lightning is going to strike me, but I have to admit that I prefer the lively story sketch over Milt's version.

This sketch is currently offered by Heritage Auctions. 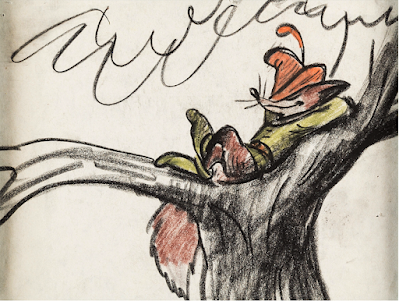 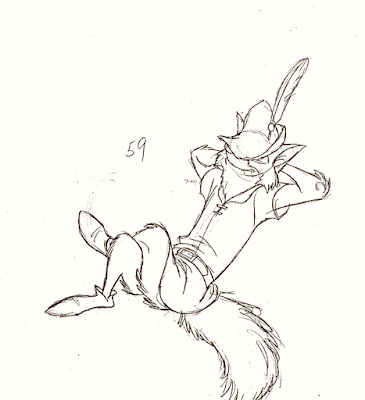 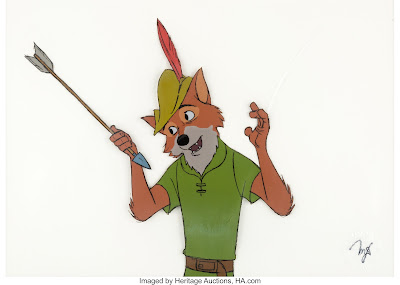