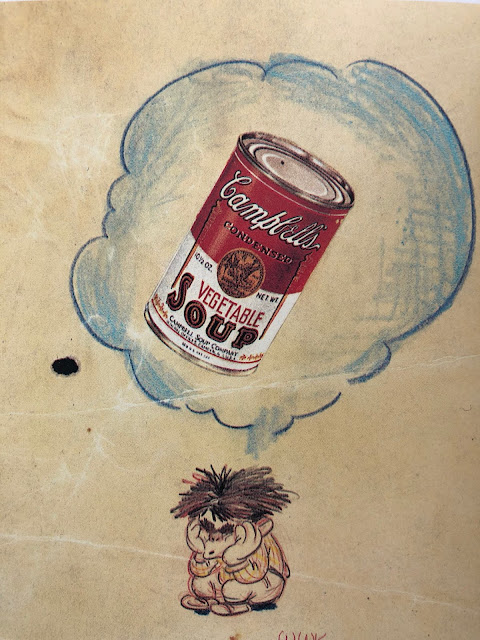 I've always liked this sketch that shows Ward Kimball sulking in self pity over the cut of his "Soup Eating" scene from Snow White. He drew this image himself, and it effectively represents the sentiment of an animator mourning the loss of some terrific work.

Many of us have been there. For my last feature film at Disney (Winnie the Pooh) I animated an early version of Tigger's entrance. That sequence was then rewritten, and instead of Tigger's interaction with a wooden sign, he now messed with a red baloon.

The one cut that hurt the most was the so called "Bedtime Story" sequence in Lilo & Stitch. I had animated Lilo telling her sister Nani a story she made up in the moment about a bear called Toaster who has no friends because he smells bad. It was such an emotional scene, because Lilo identified with Toaster being lonely, and was actually talking about herself.

There have been other cuts and re-does of scenes throughout my decades at Disney. I agreed with most of them. But that scene with Lilo......