A while ago I posted about an Ollie Johnston scene featuring the snake Sir Hiss. I find the depiction of a snake acting like a human utterly hilarious. At least when it is done in such a clever way:

Frank Thomas did the same with Kaa from The Jungle Book. Mind you, the animator can't get all the credit for the comedy in scenes like these. A story artist will have given the scene some thought long before the animator gets his hands on it. The story sketches already provide the main idea for a personality gag. But the animator of course is responsible for the scene's final comedic acting, timing, staging and draughtsmanship.

At the Jungle Book exhibition we show a few key drawings of Kaa during a conversation with Shere Khan. Suddenly he realizes he said something he shouldn't have. In a case like this a human would raise the shoulders and cover the mouth with one hand. Well... a snake doesn't have any of those human extremities. But Frank turns this moment into a completely believable -and entertaining- piece of character animation. 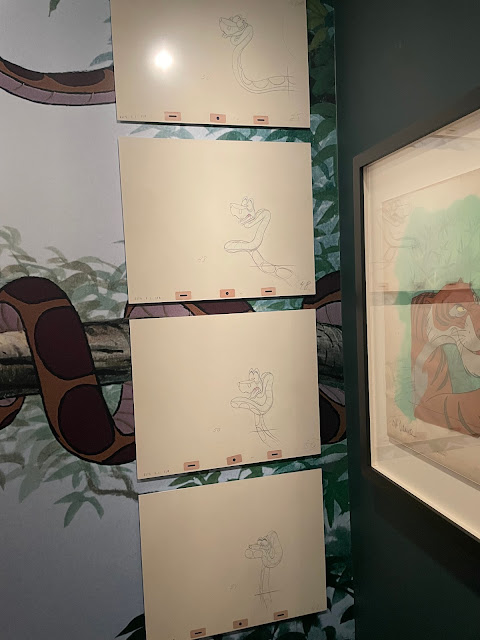