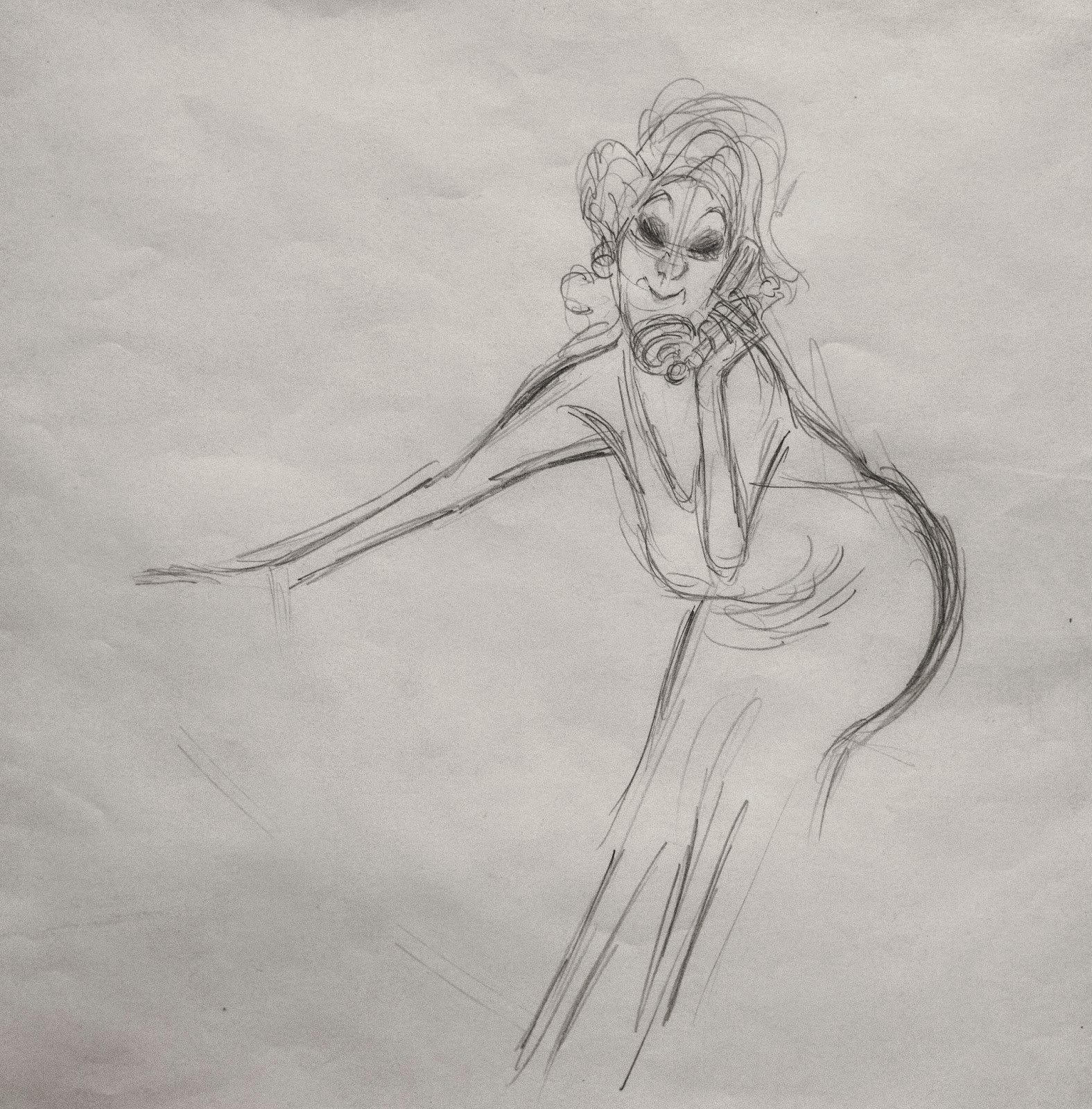 Milt Kahl animated this line of dialogue, as Medusa is sitting down on her desk while she answers the phone. Initially upset at this late phone call, she then fakes a friendly attitude toward the caller.
The rough drawing above is unfinished and was retrieved from Milt's trash bin (Crazy...I know).
I LOVE the composition of this pose! Just-look-at-this-drawing!
It is a graphic masterpiece, full of personality. Her right hand is still leaning on the chair's back, before settling on her hip. As I said before, Medusa's body type is utterly unconventional in Disney Animation and it shows how Milt Kahl constantly challenged himself by inventing new, sophisticated designs.
Here are copies of a few key drawings from the final scene. Stunning crisp facial expressions! 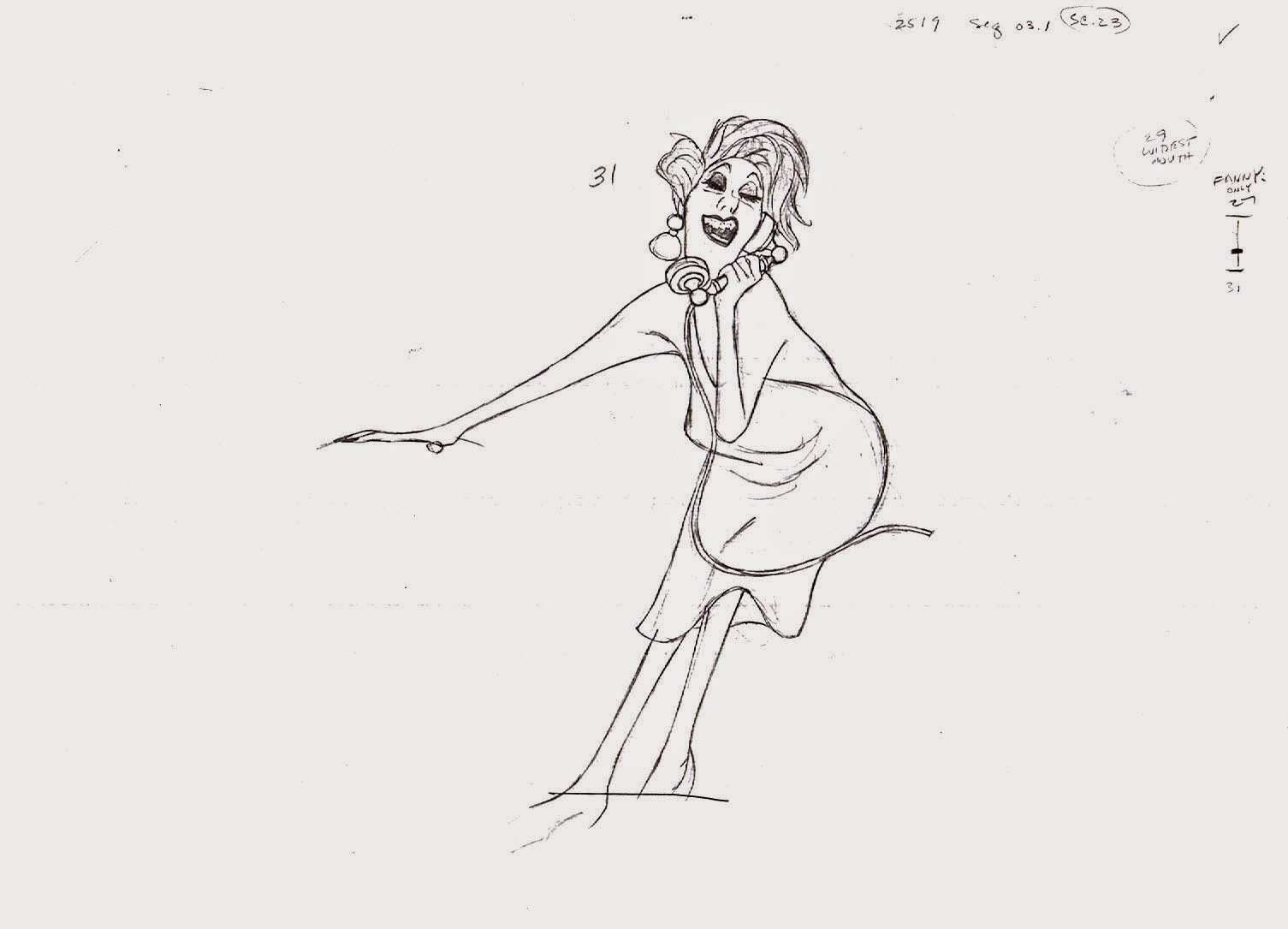 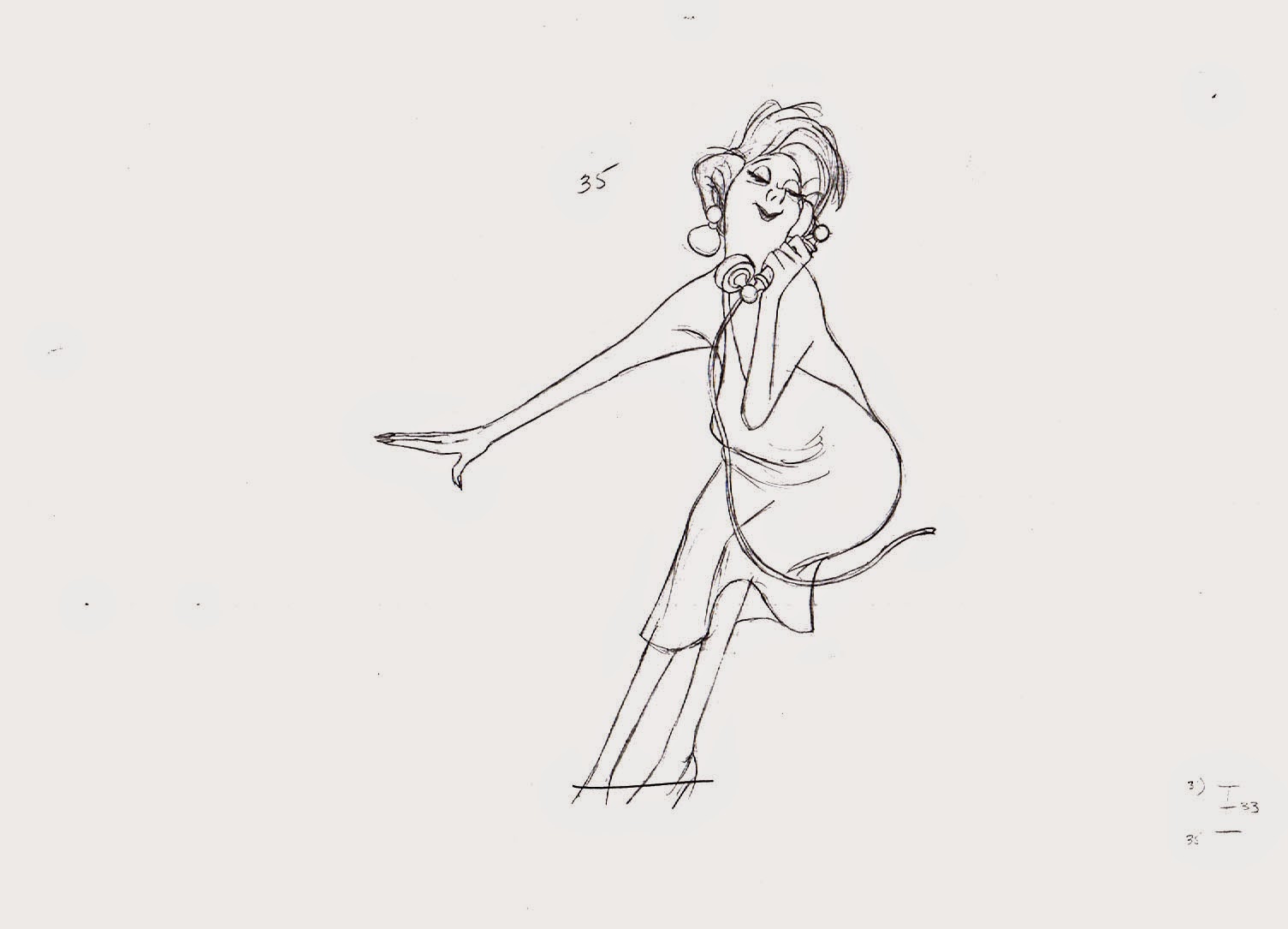 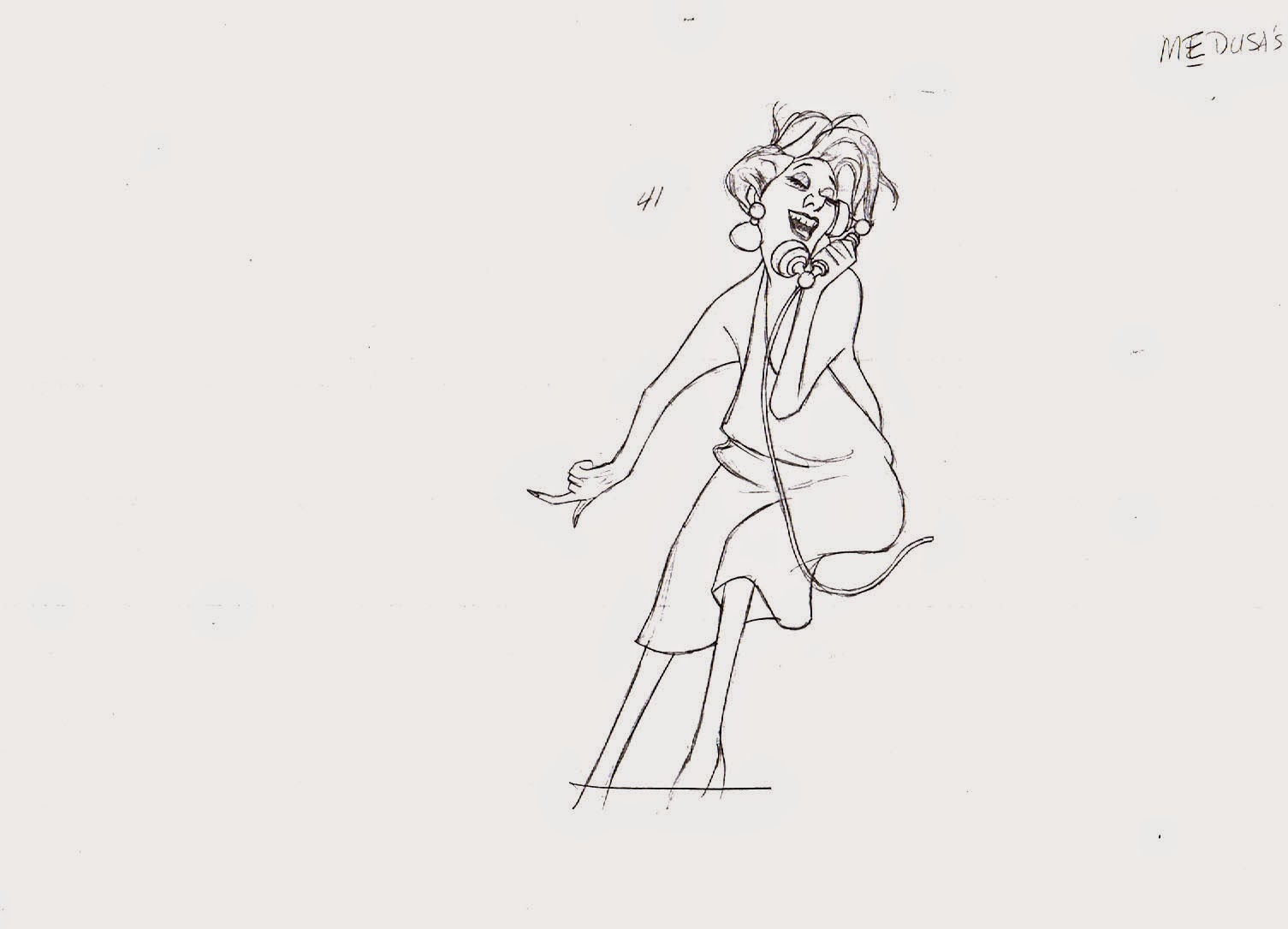 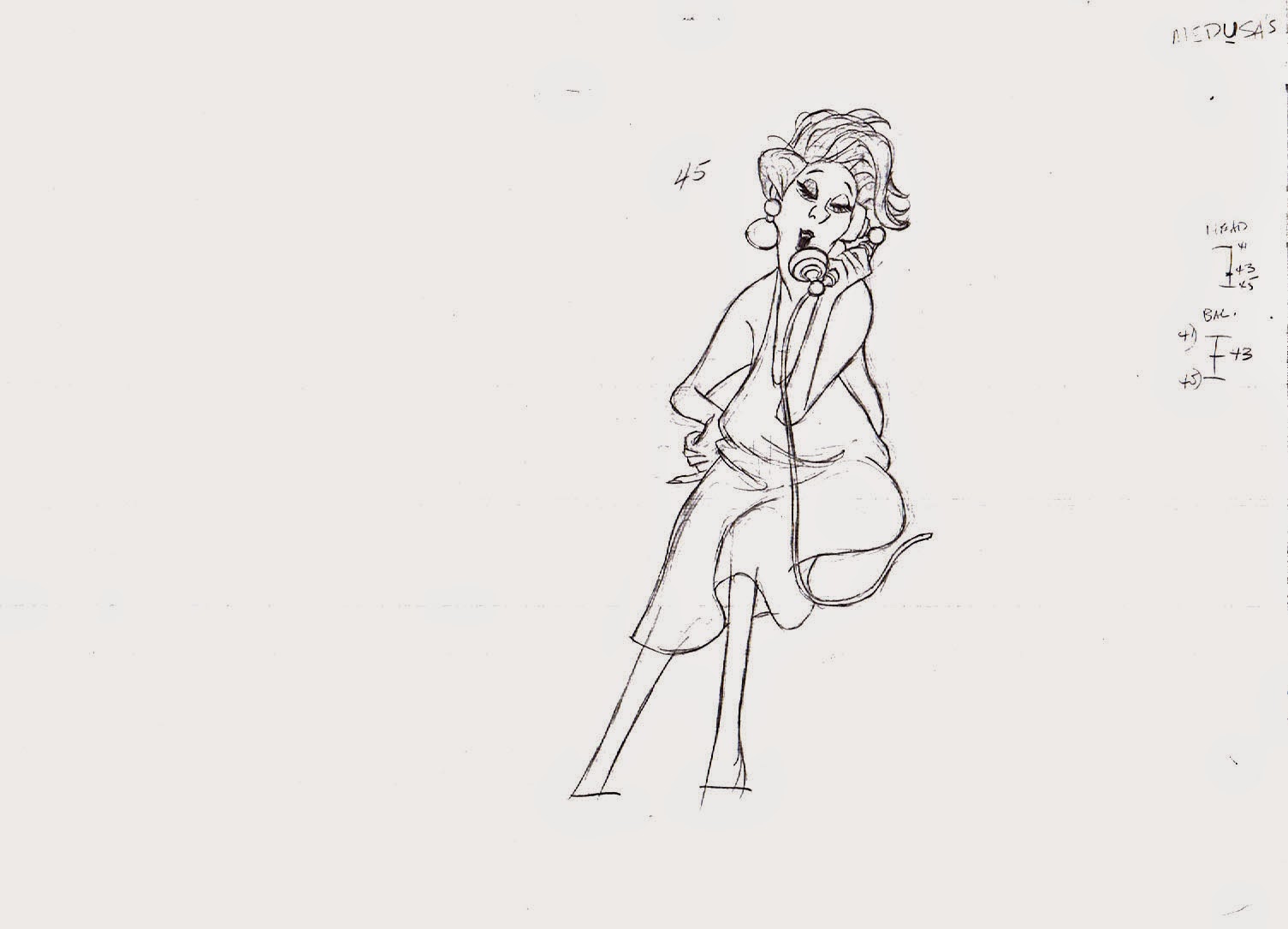 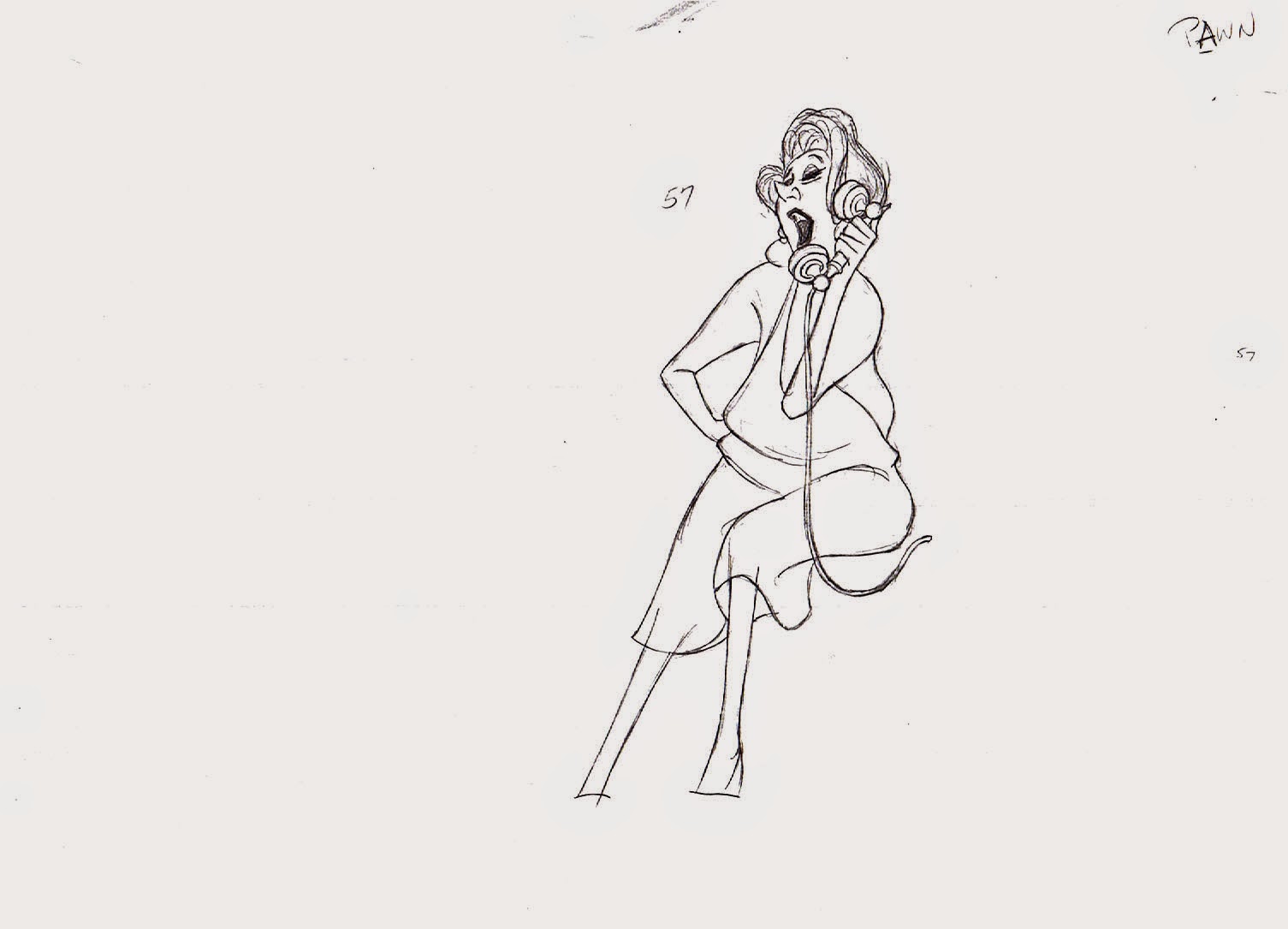 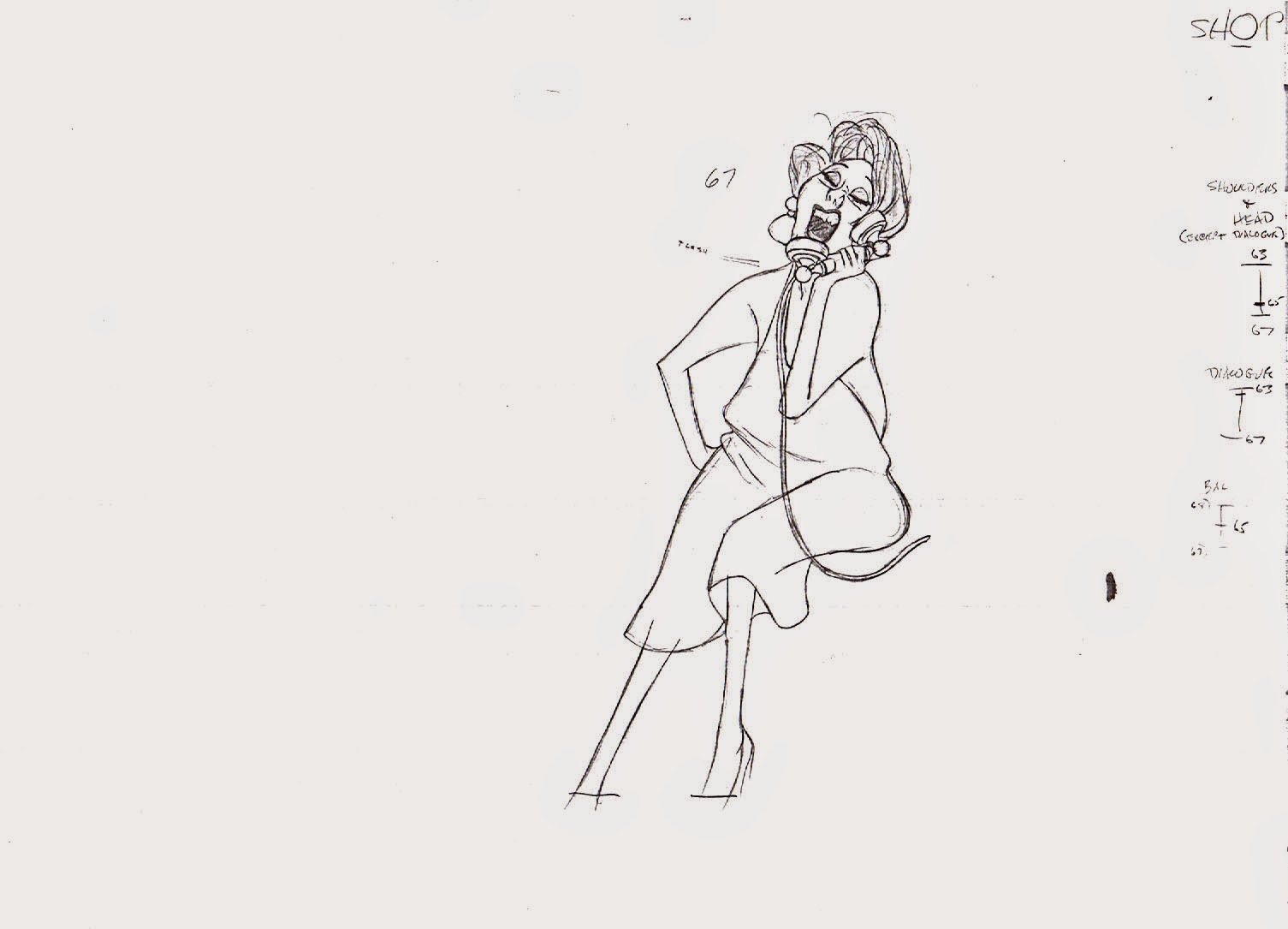 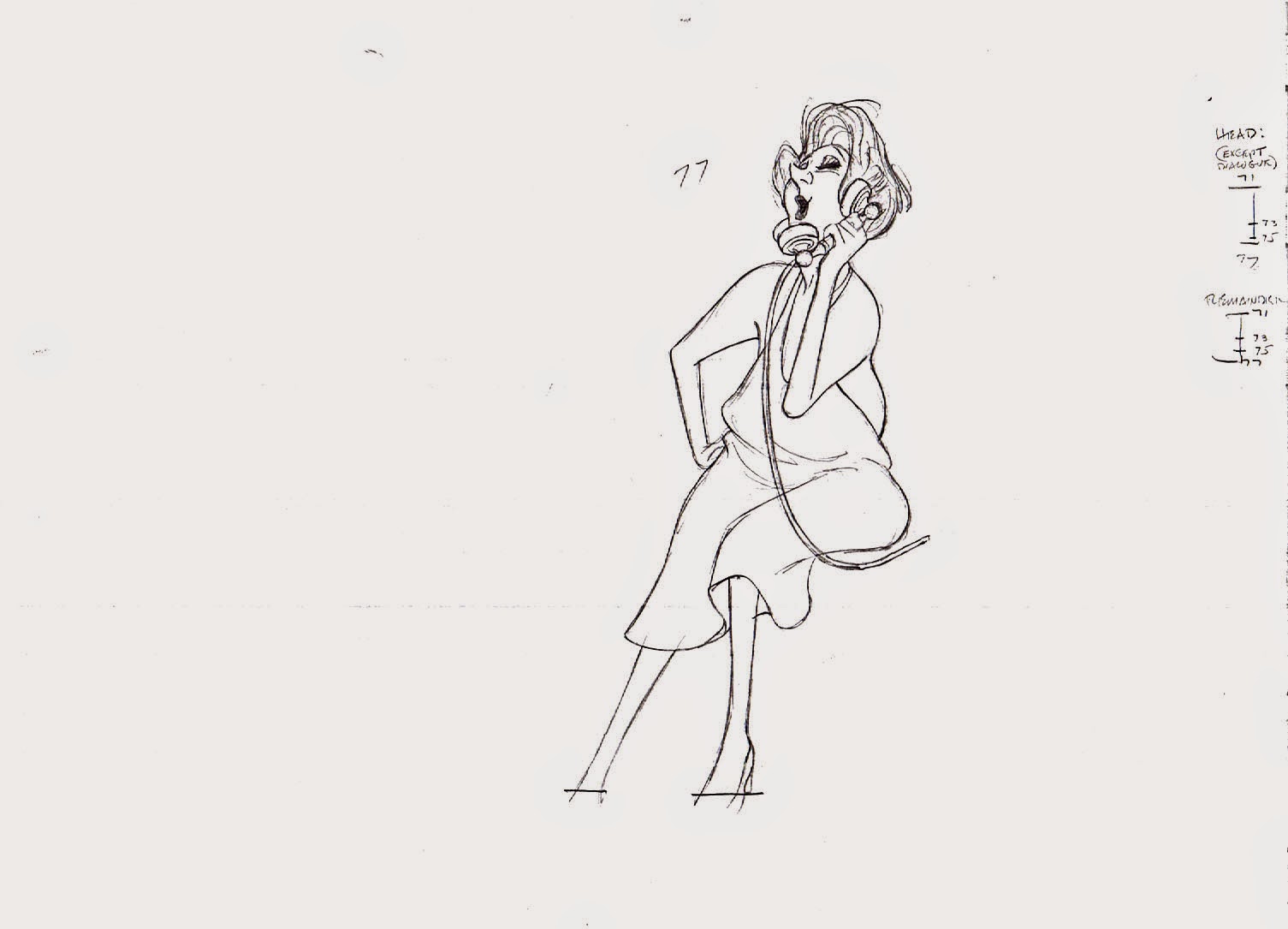 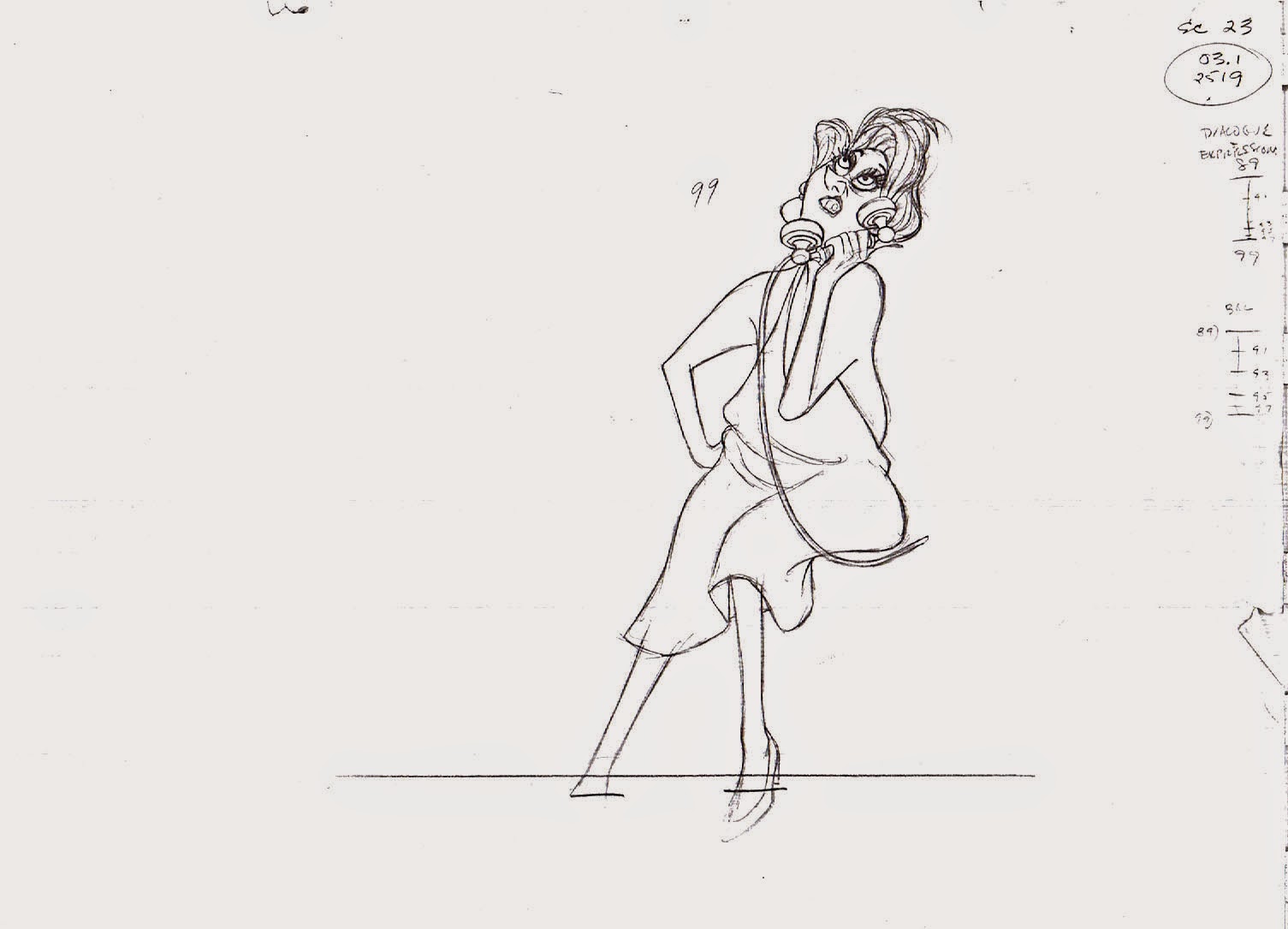 I had a wonderful time at CTN. Met so many great, enthusiastic people.
It was a special pleasure to talk to several young folks from Russia about my film. I will be in touch with you guys.
New York was a lot of fun, too. Aladdin on Broadway is spectacular, I highly recommend the show.
Another great musical was Kinky Boots. Go see it!!