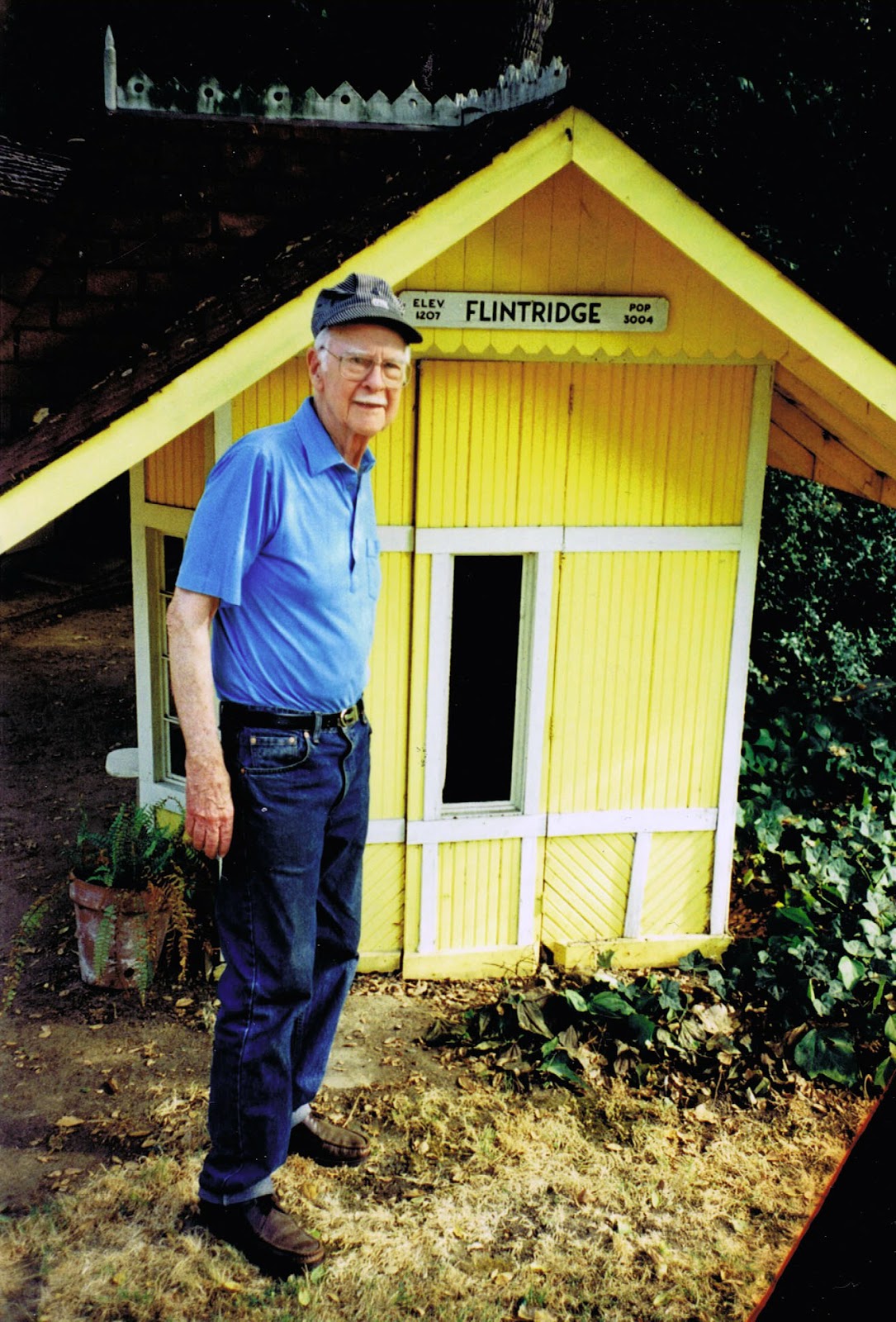 These photos were taken sometime during the early 1990s, when Ollie had invited friends and their families to ride on his model train. The tracks went around the house and beyond, and Ollie enjoyed sharing his hobby train regularly. Even Walt Disney stopped by sometime in the late 1950s for a test ride. I remember what a fun Saturday afternoon this was, riding the train and watching Ollie turn into a kid. 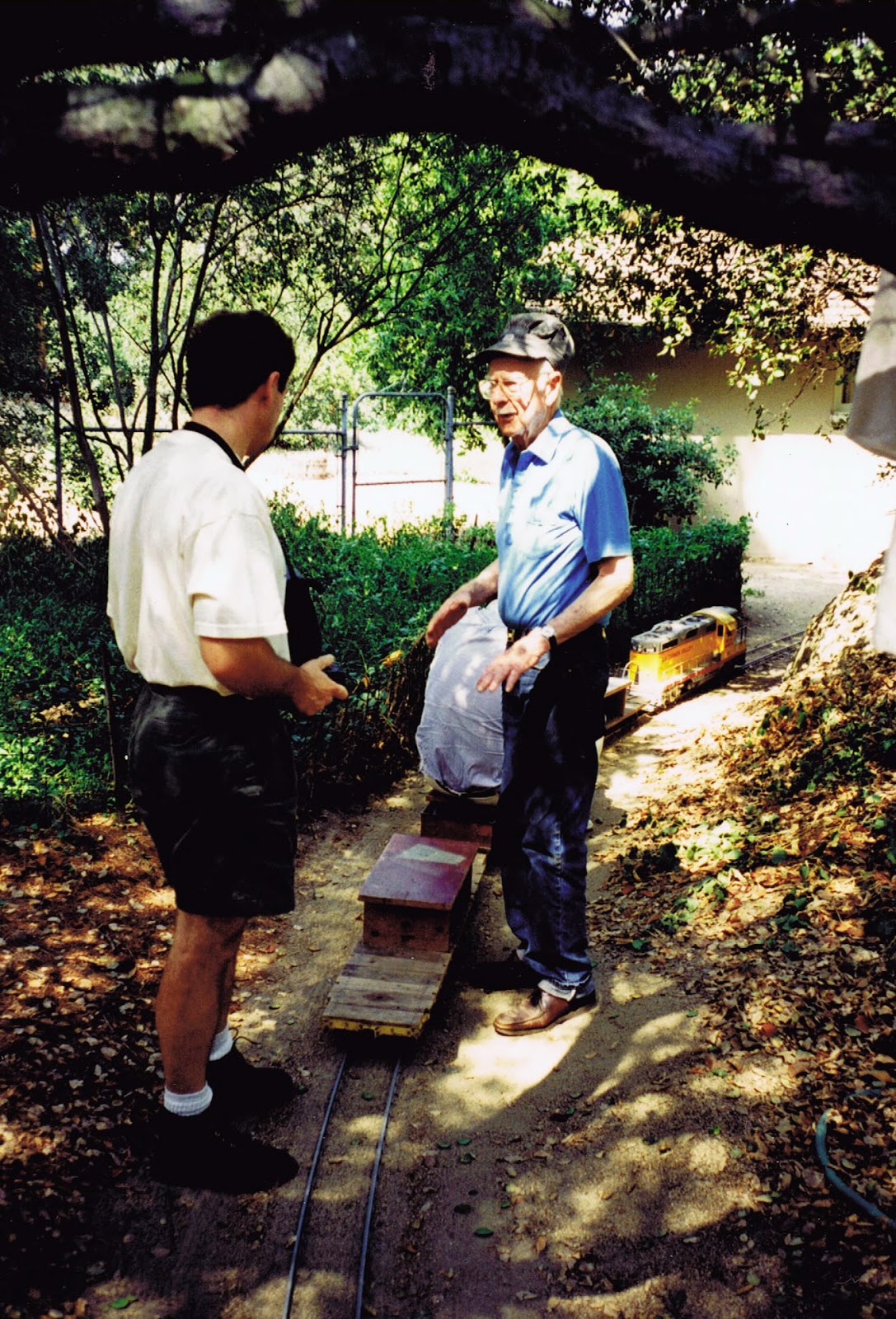 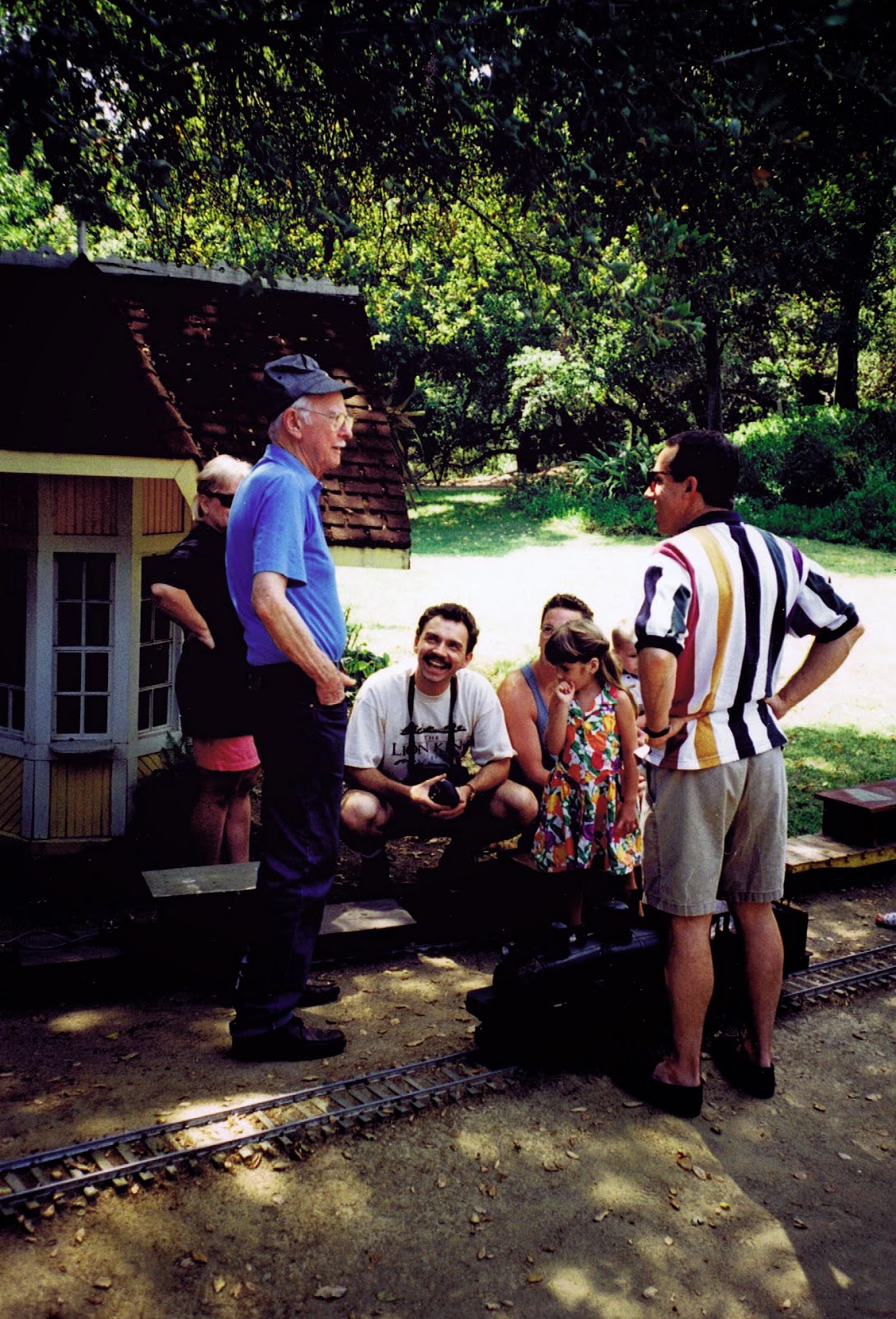 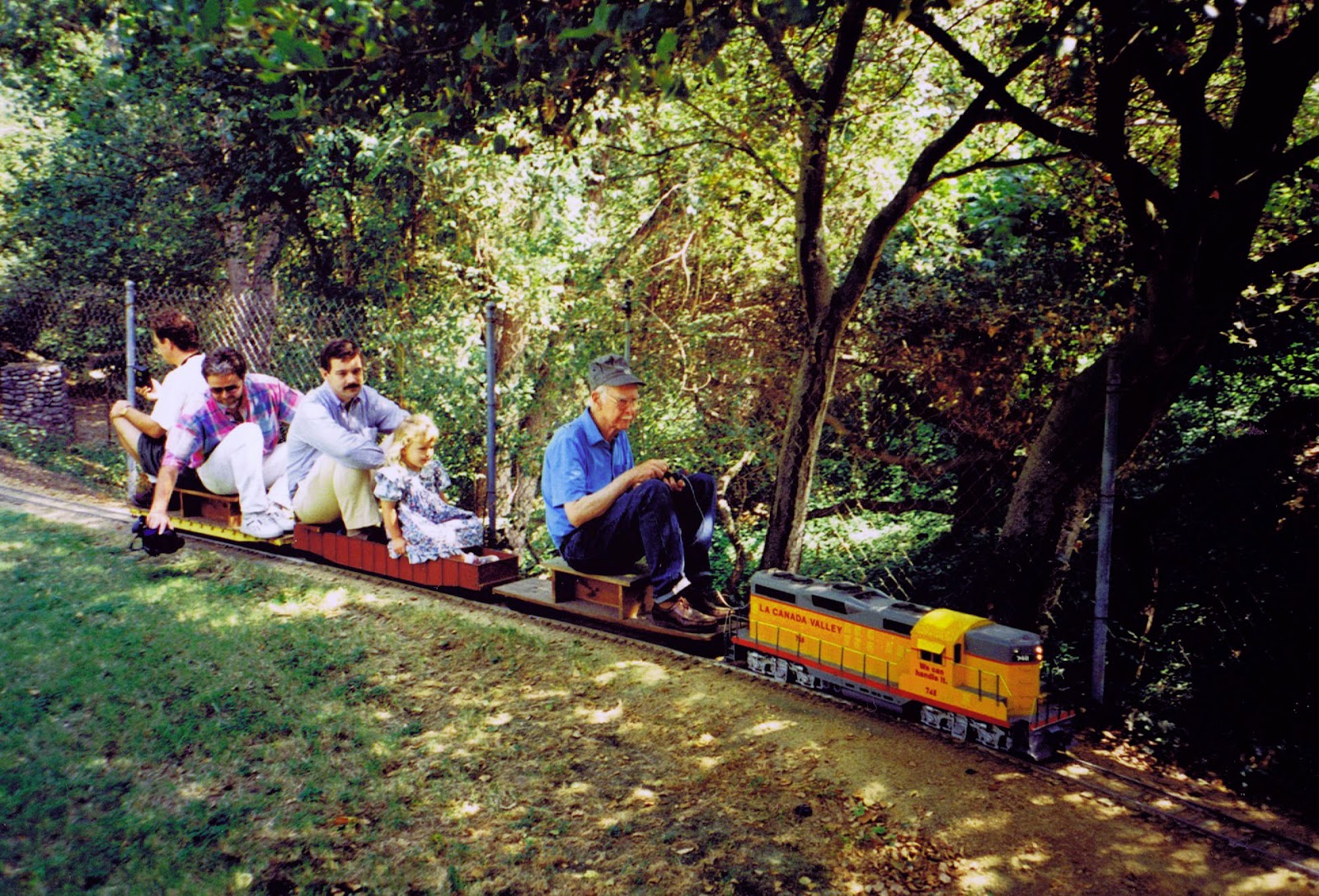 I am sitting at the end of the train, while Hans Bacher is trying to film the trip from a low camera angle.

A few key drawings from one of Ollie's last animation assignments. For Robin Hood he was mostly responsible for Prince John and Sir Hiss, but he animated other characters as well. Here Little John questions Robin Hood's philosophy: "You know something, Robin, I was just wondering. Are we good guys or bad guys? You know, I mean, our robbin' the rich to feed the poor."
Look at how light and delicate these drawings are. No animator's fight to achieve the right poses.
Pure intuition, that's why Ollie always had such an impressive output for footage. He got that from his mentor Fred Moore. 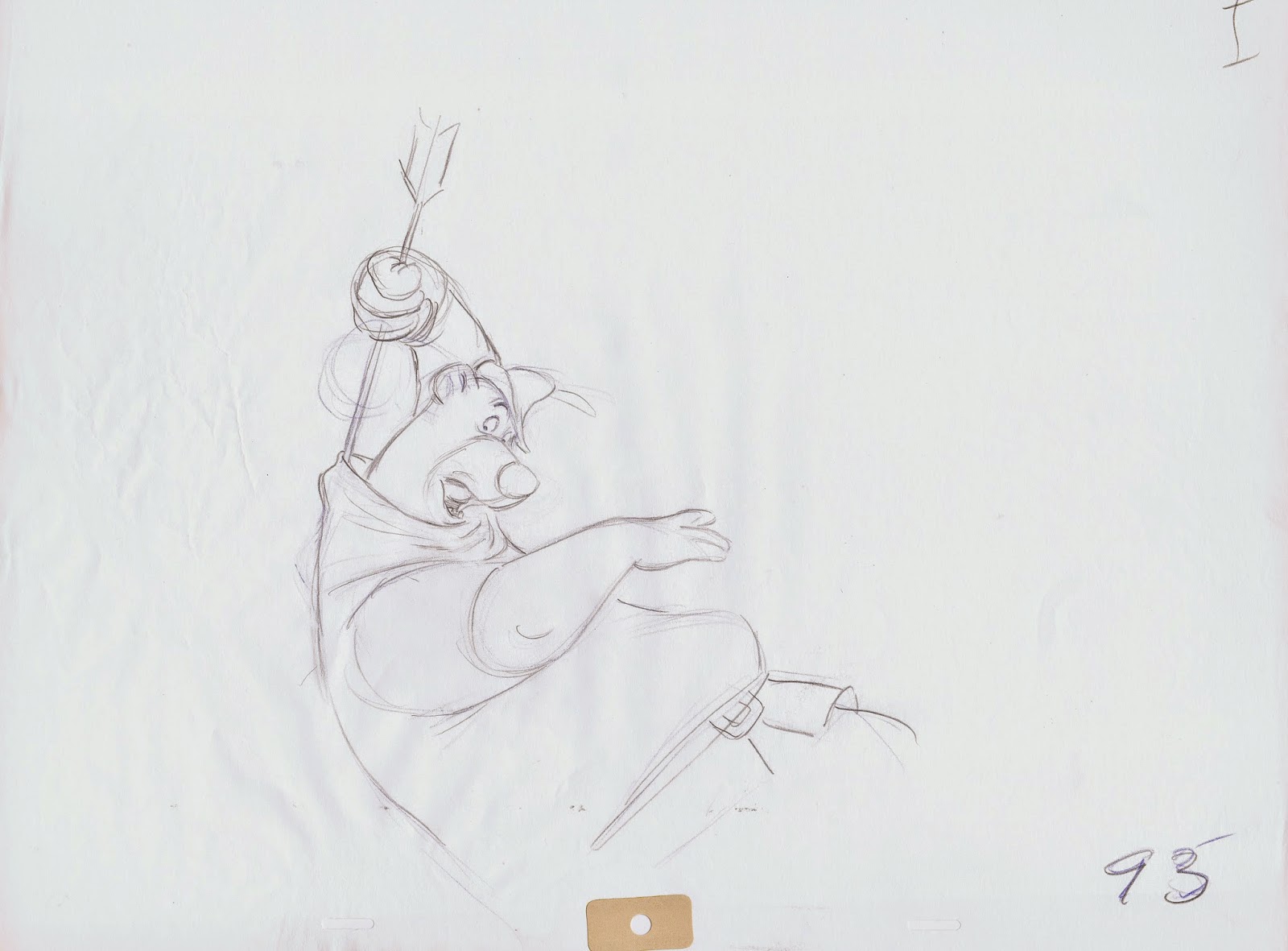 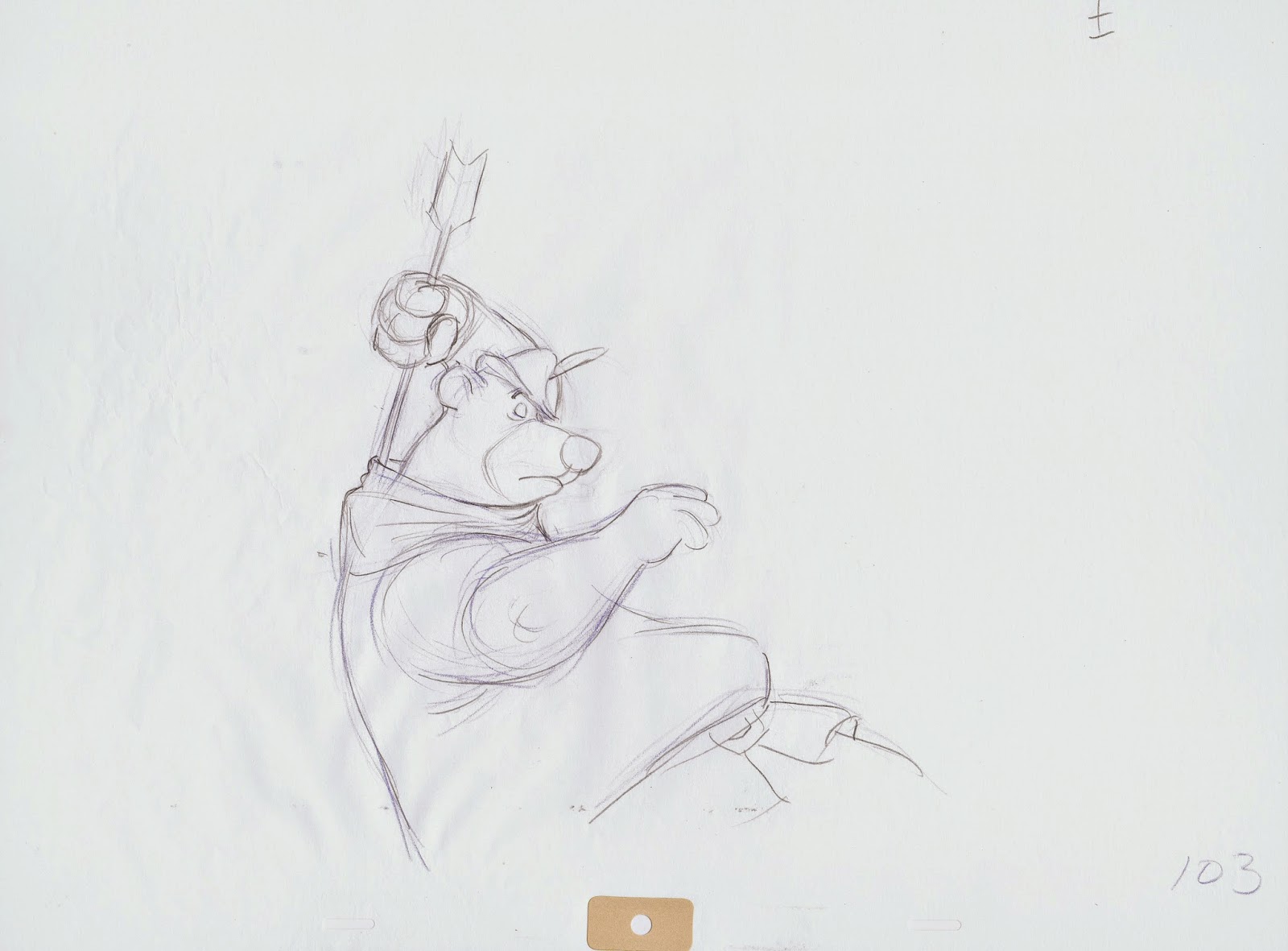 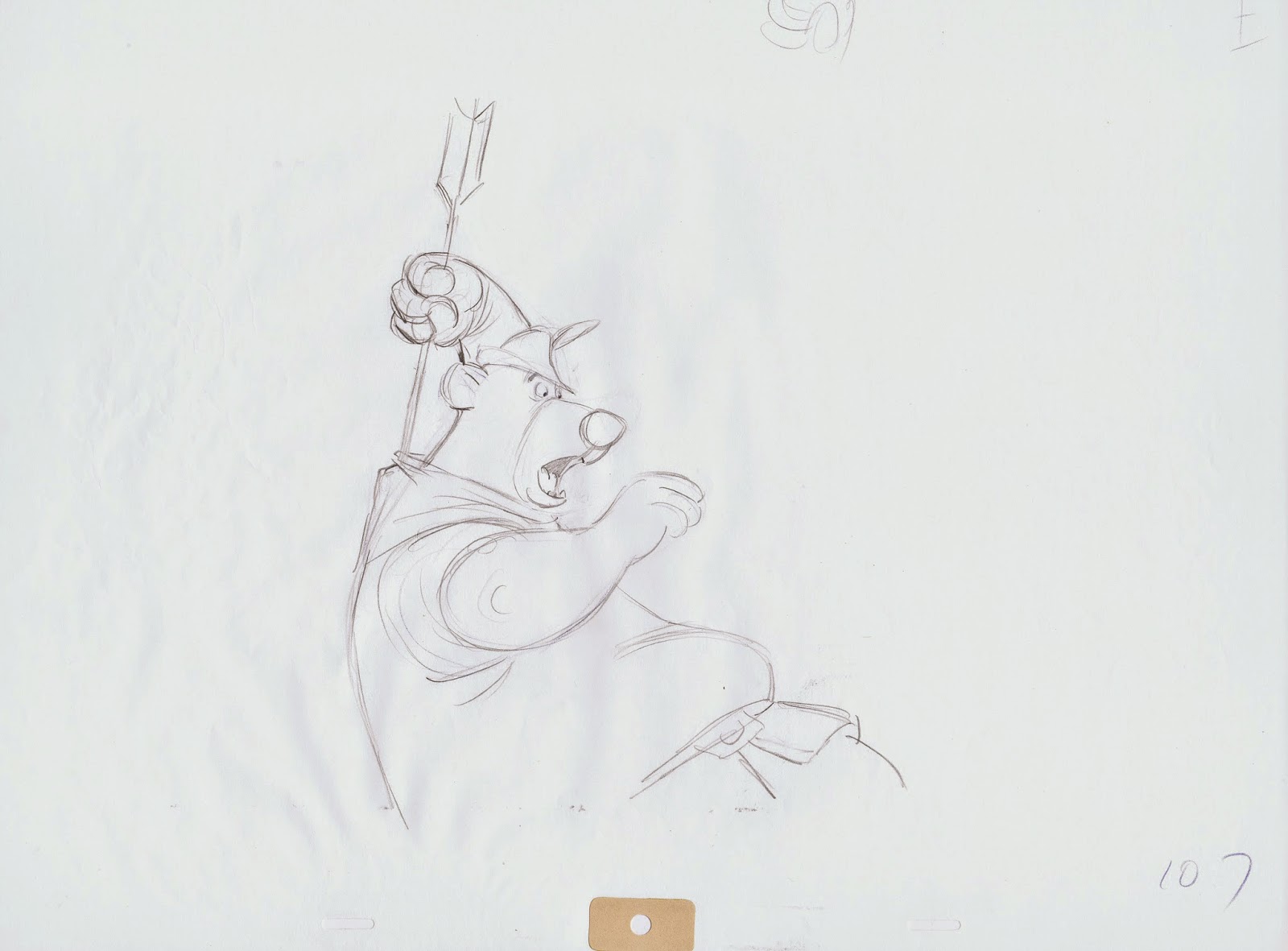 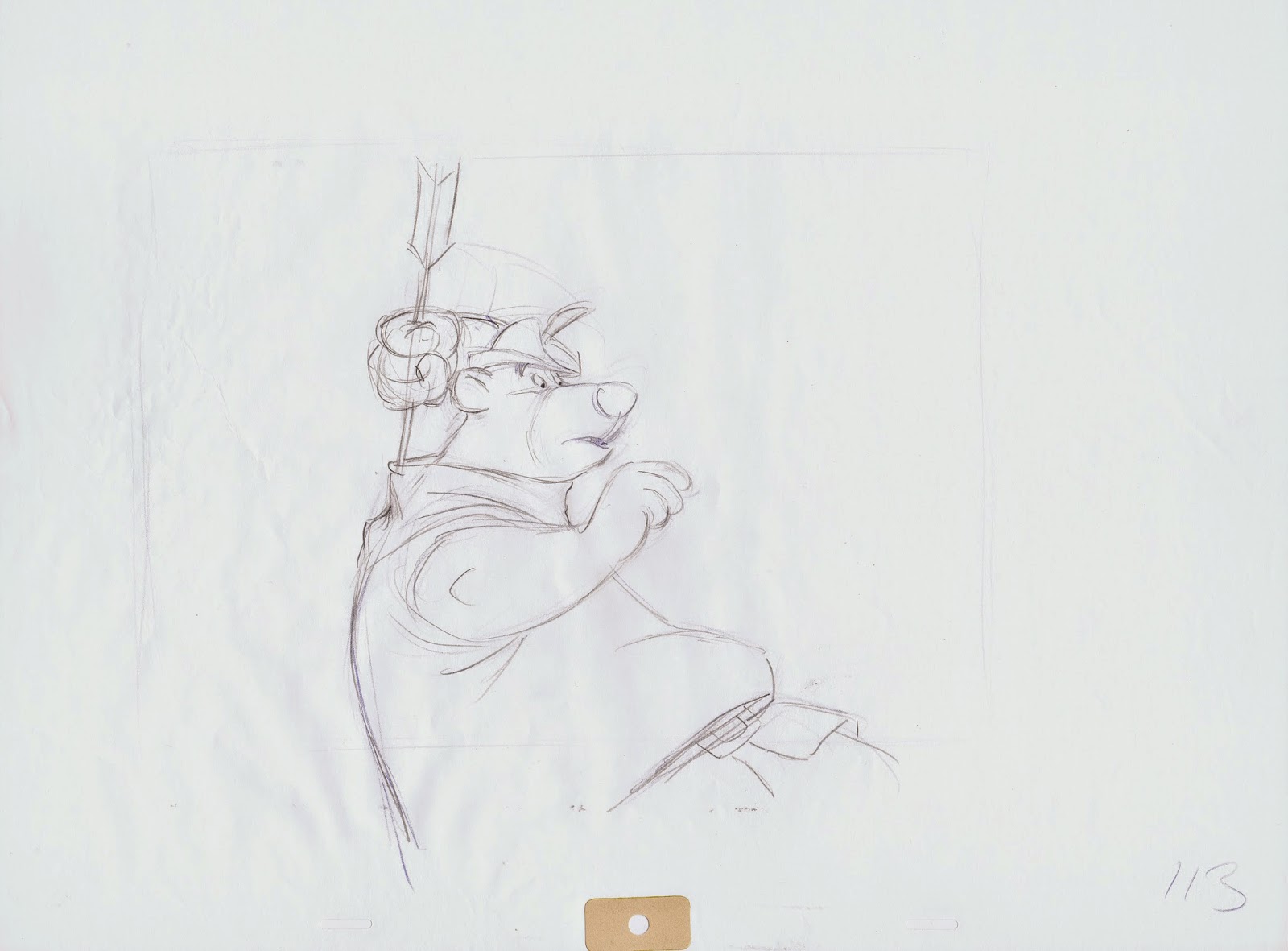 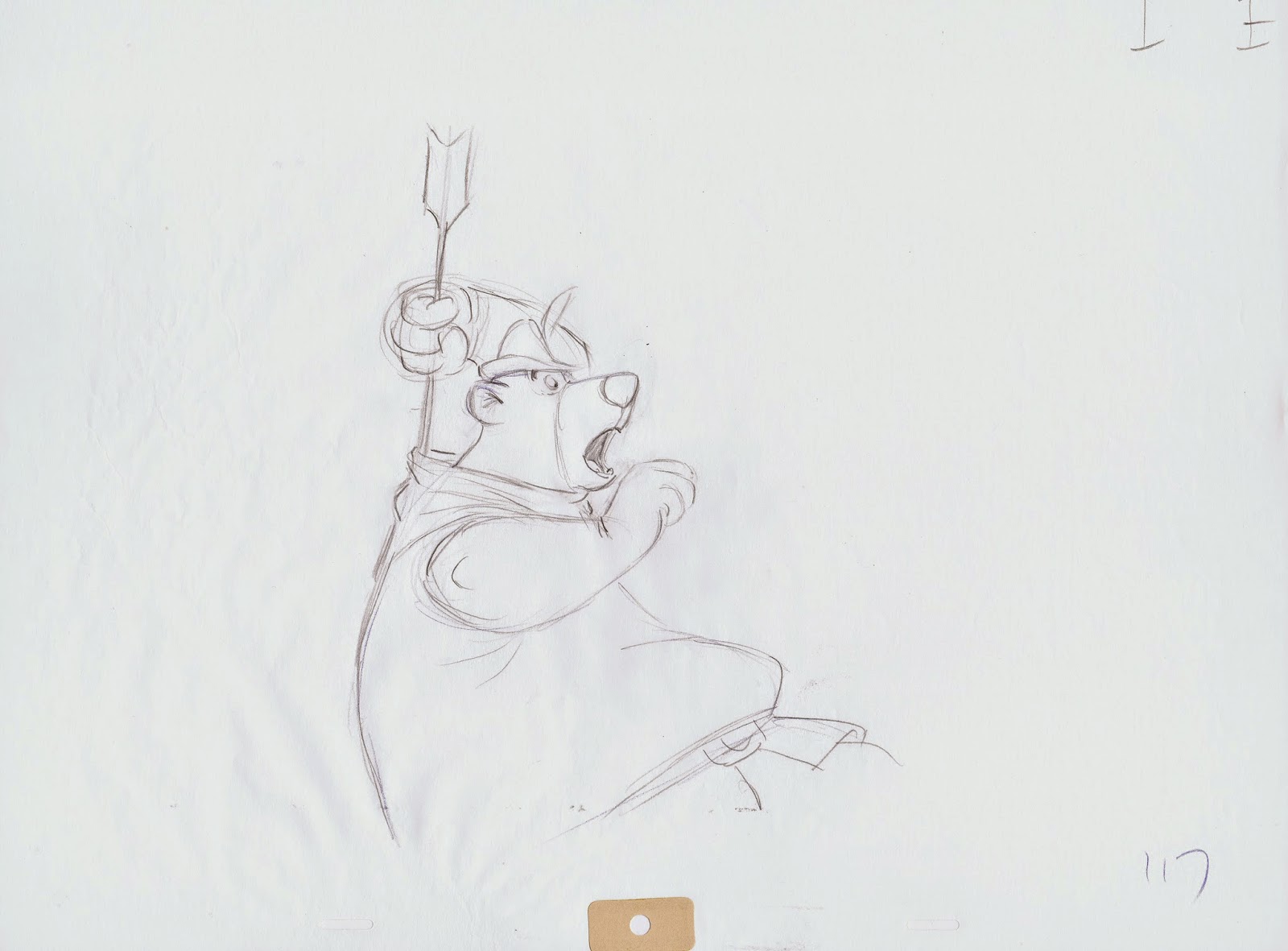