Woolie, Tramp and the Rat 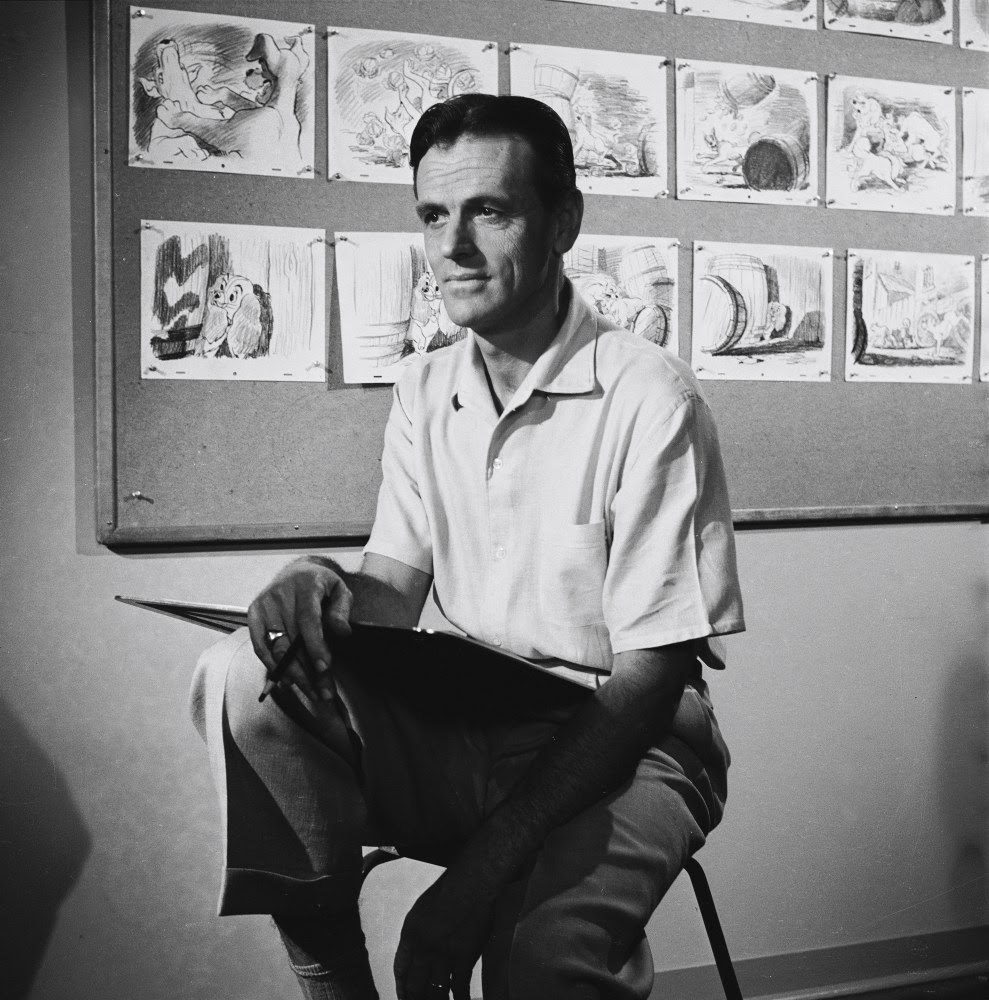 Woolie Reitherman was an expert in animating action sequences such as fights and chases.
In Lady & the Tramp he drew the street dogs as they threaten Lady before getting into a brawl with Tramp. But Woolie also animated the rat fight toward the end of the film.
I love what he once said in an interview about animating aggressive confrontations. He felt that among all the action involved there should be a moment or two of pause. The opponents freeze for a second to catch their breath or re-evaluate the tense situation.
I see this kind of stuff over and over again in wildlife films, where two lions battle furiously, then stop as they stare at each other. Then all of a sudden the altercation starts over again.
This is one of the reasons why good old Disney Animation feels so believable and engaging, the best footage is always based on observation of real life.
Now I sound like Eric Larson teaching us the philosophy of Disney Animation way back.

Woolie was a hell of an animator! 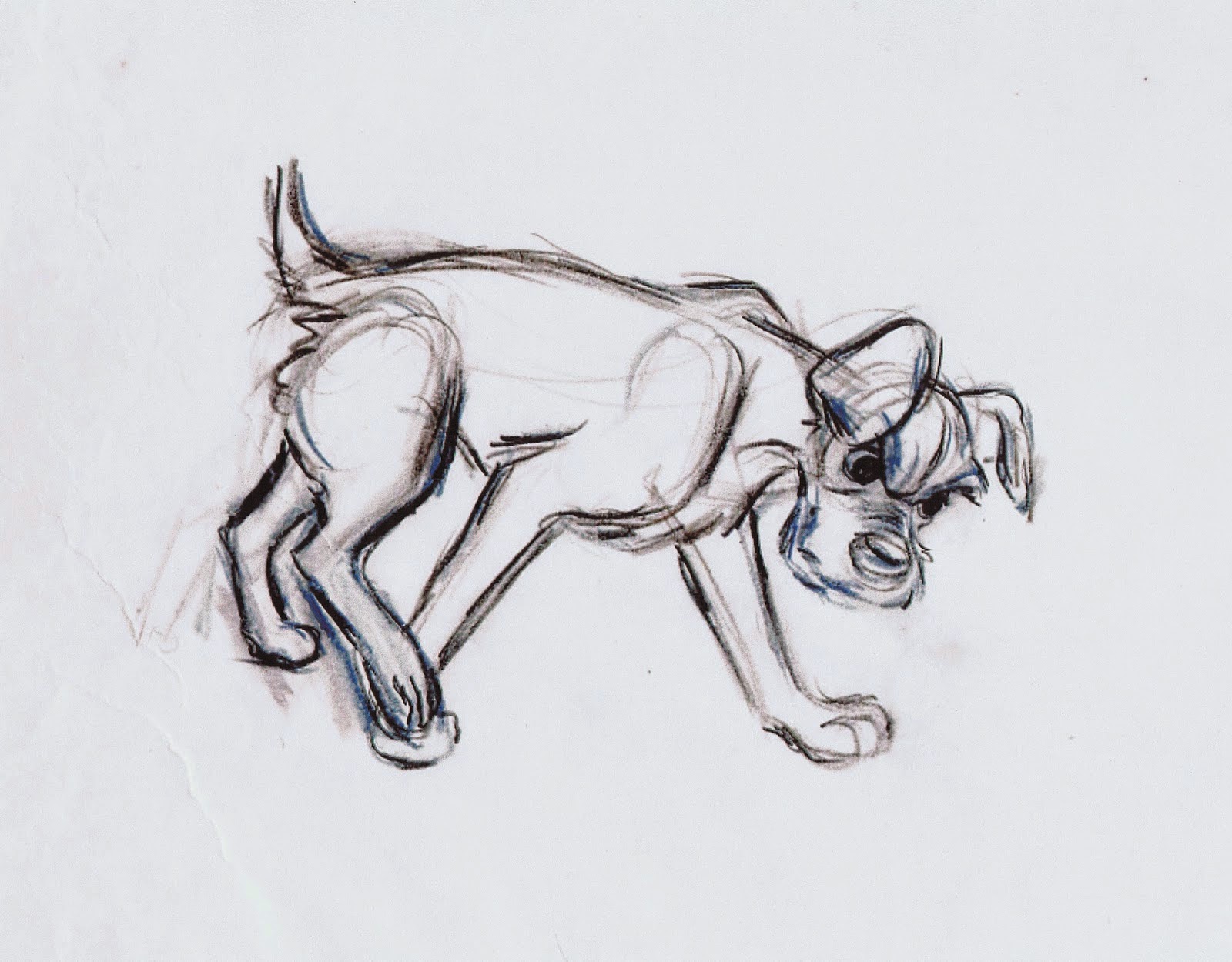 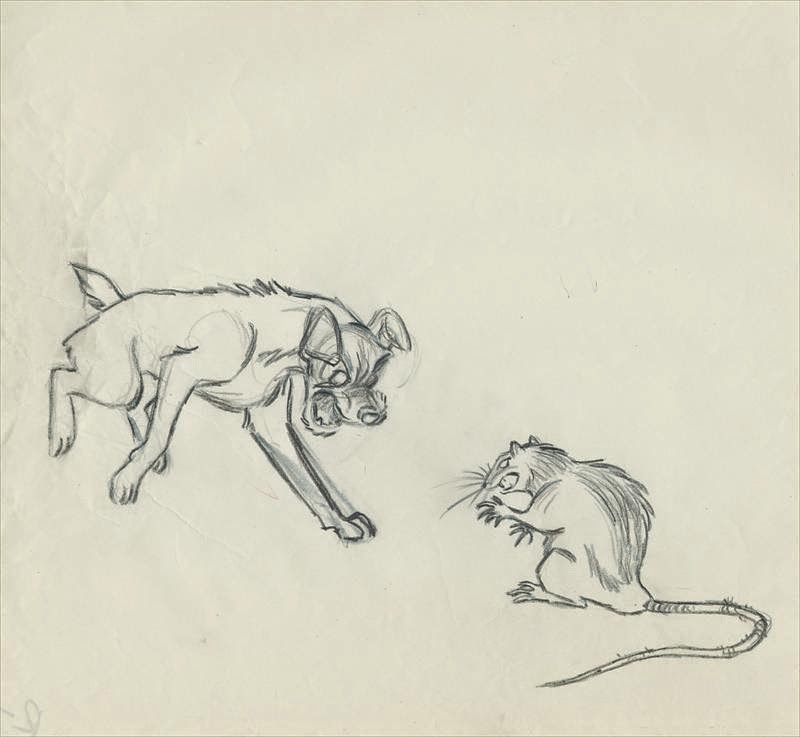 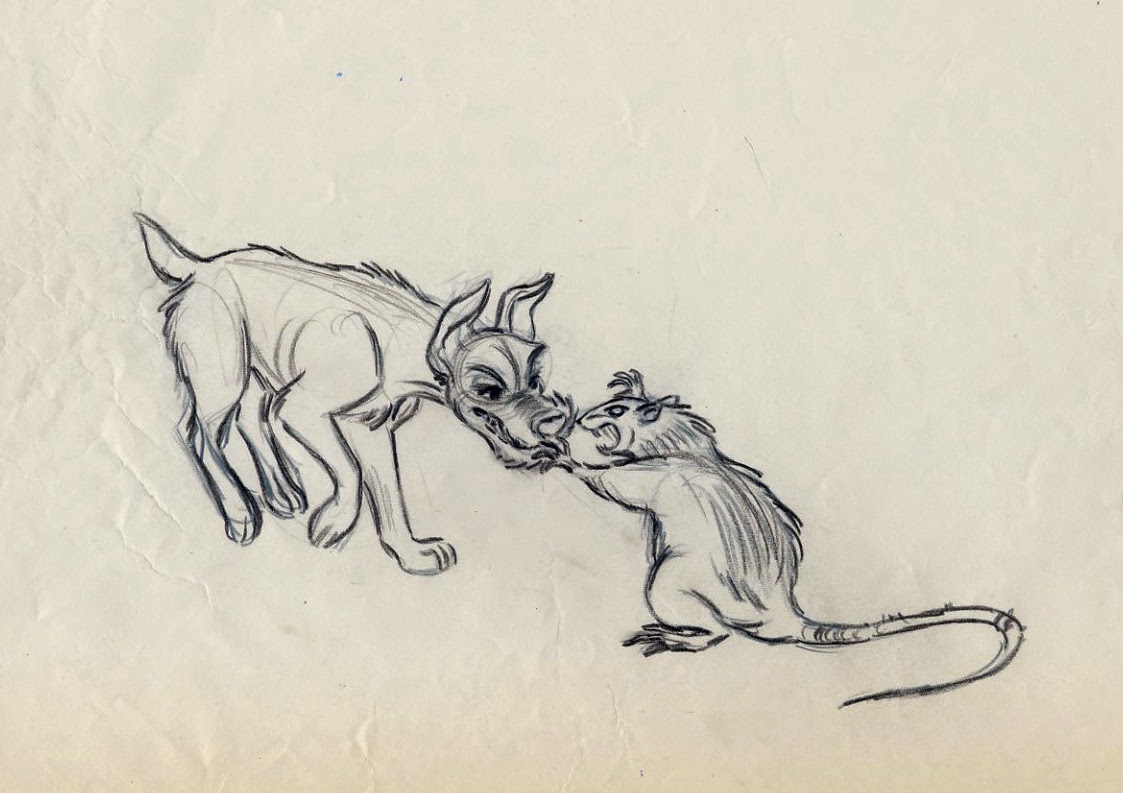 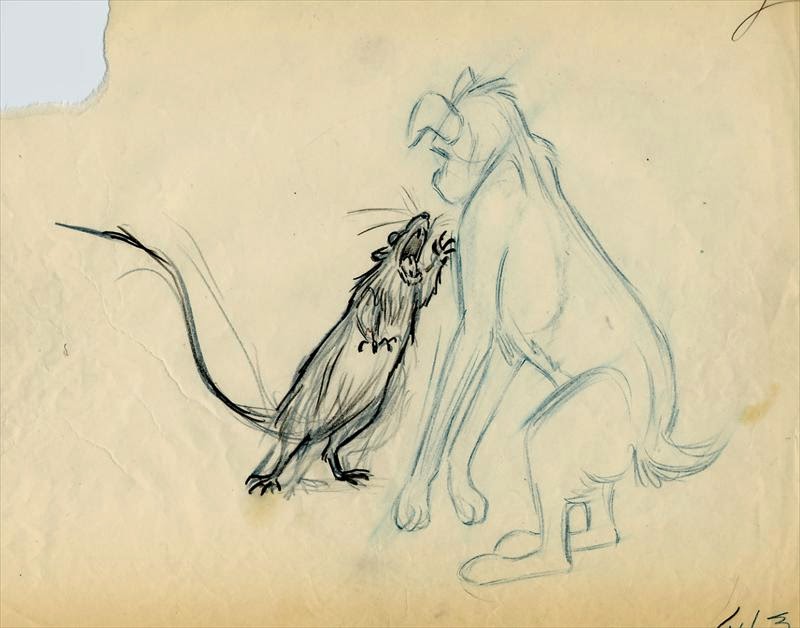 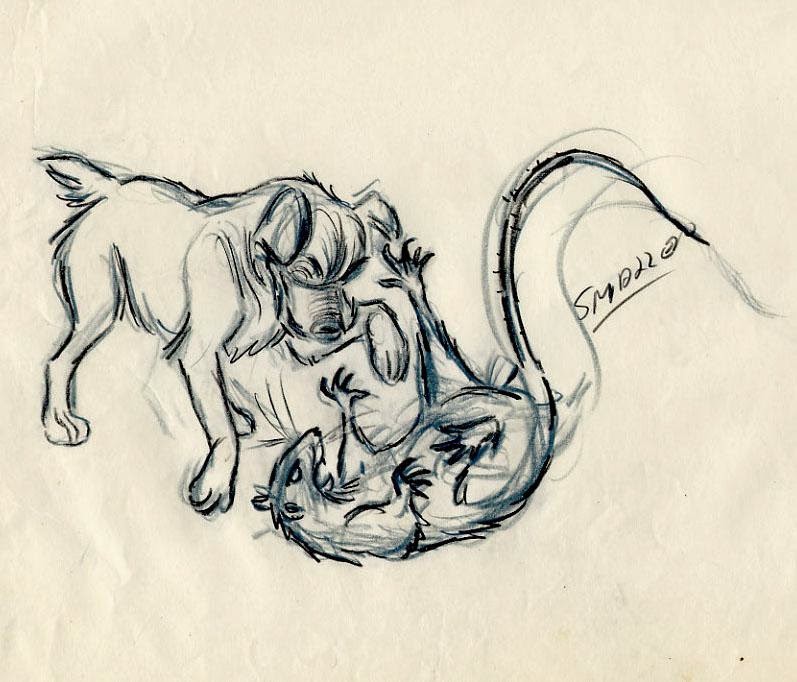