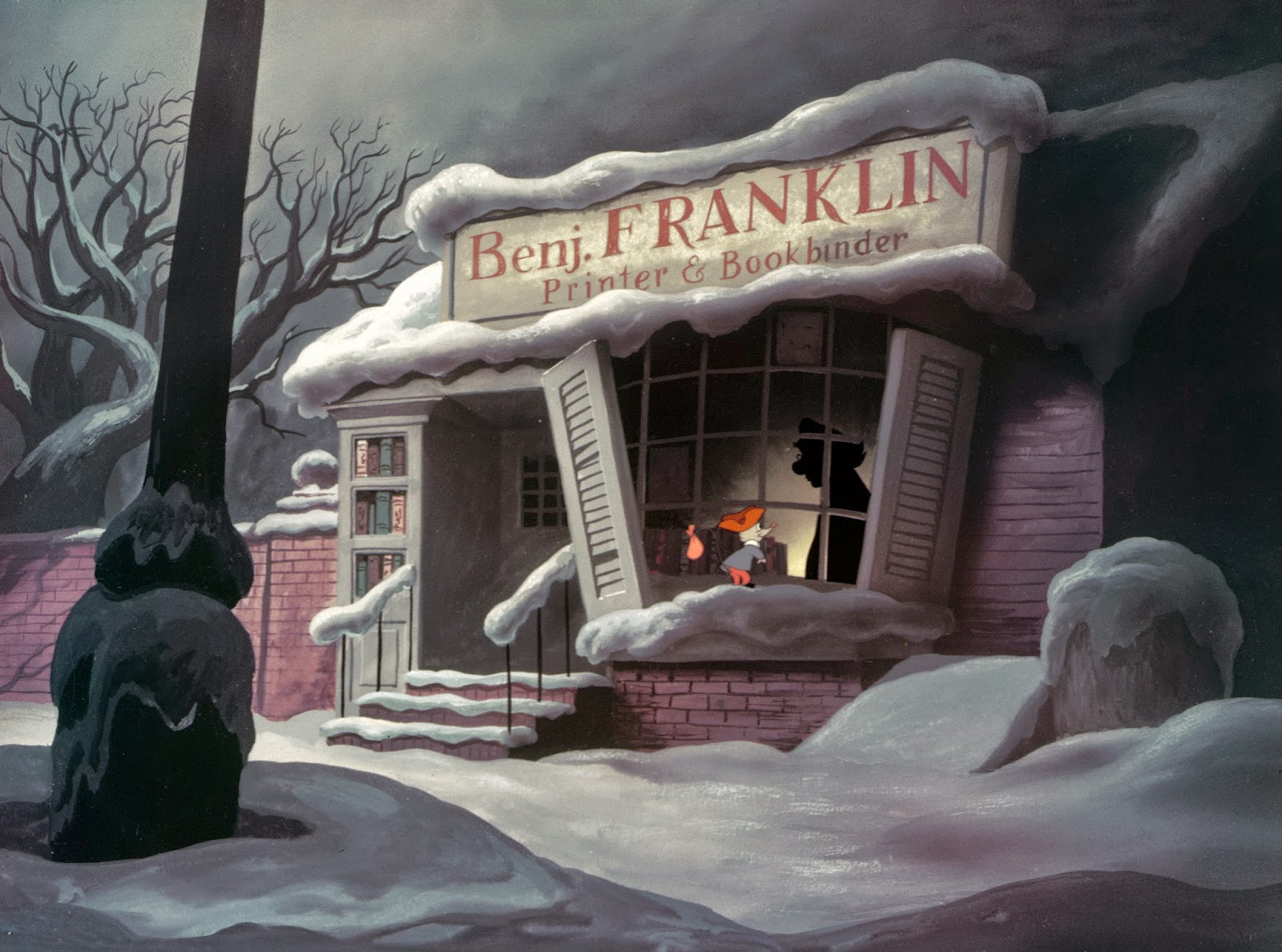 A gorgeous background from Ben & Me, a 20 minutes film released by Disney in 1953. Wikipedia says:

"Ben and Me was Disney's first animated two-reel short subject and released theatrically on November 10, 1953. It was adapted from the children's book written by author/illustrator Robert Lawson and first published in 1939. Though both book and film deal with the relationship between a mouse and American founding father Benjamin Franklin, the book, with illustrations by Lawson, focused more heavily on actual historical events and personages.
The short received an Academy Award nomination for Best Short Subject. It was released on VHS under the Walt Disney Mini Classics label in 1989 and was later released on DVD as a short film in the "Disney Rarities" volume of the Walt Disney Treasures collection. It was also released on DVD in 2012 under the Disney Generations Collection."

The film was directed by Ham Luske, Bill Peet wrote and sketched the screen story. Among the group of animators were top talents like Woolie Reitherman, John Lounsbery, Ollie Johnston and Les Clark.Here are a few of Peet's continuity drawings that deal with personality development, layout and camera moves. They show just how much of a storyteller and cinematographer Bill Peet was. 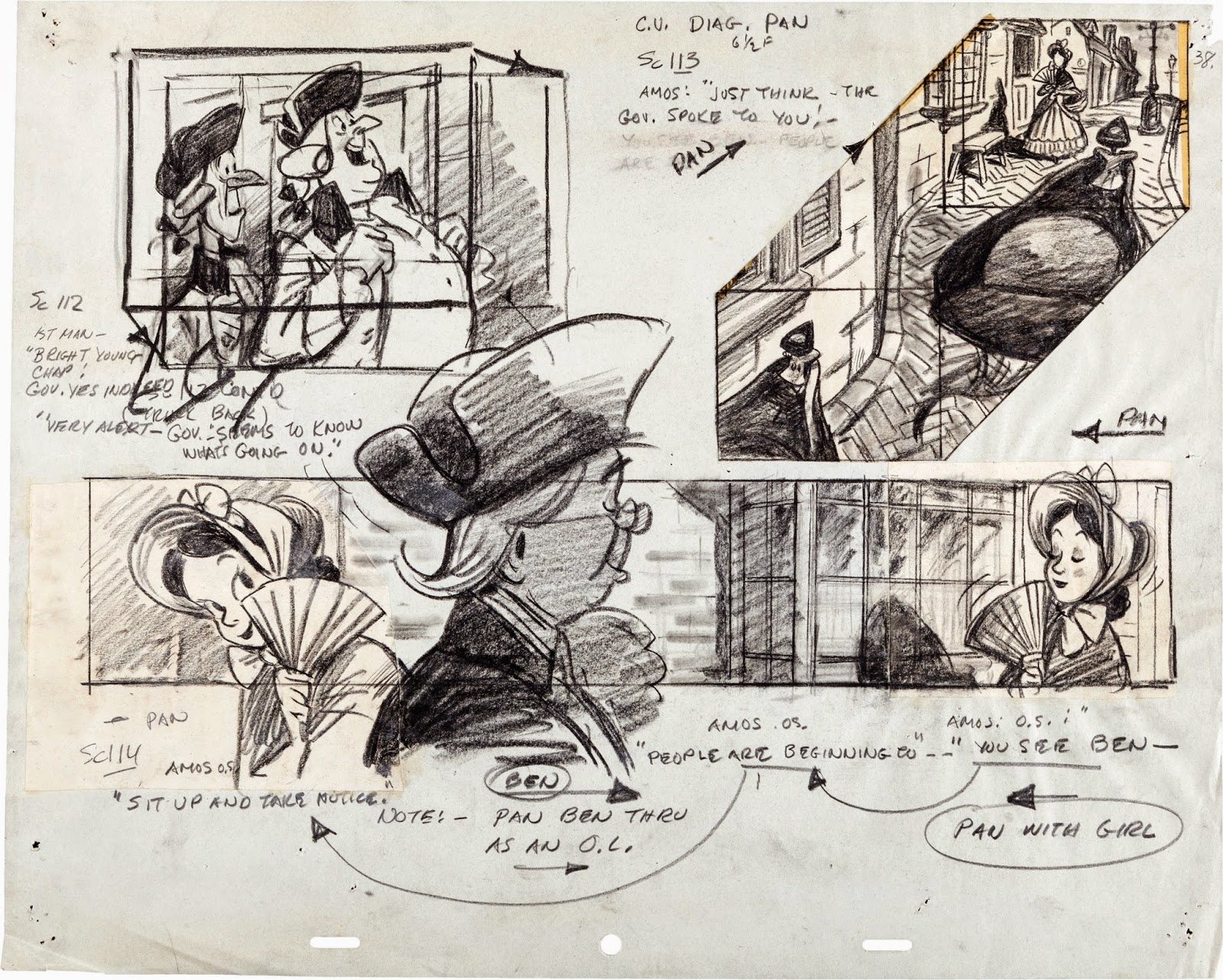 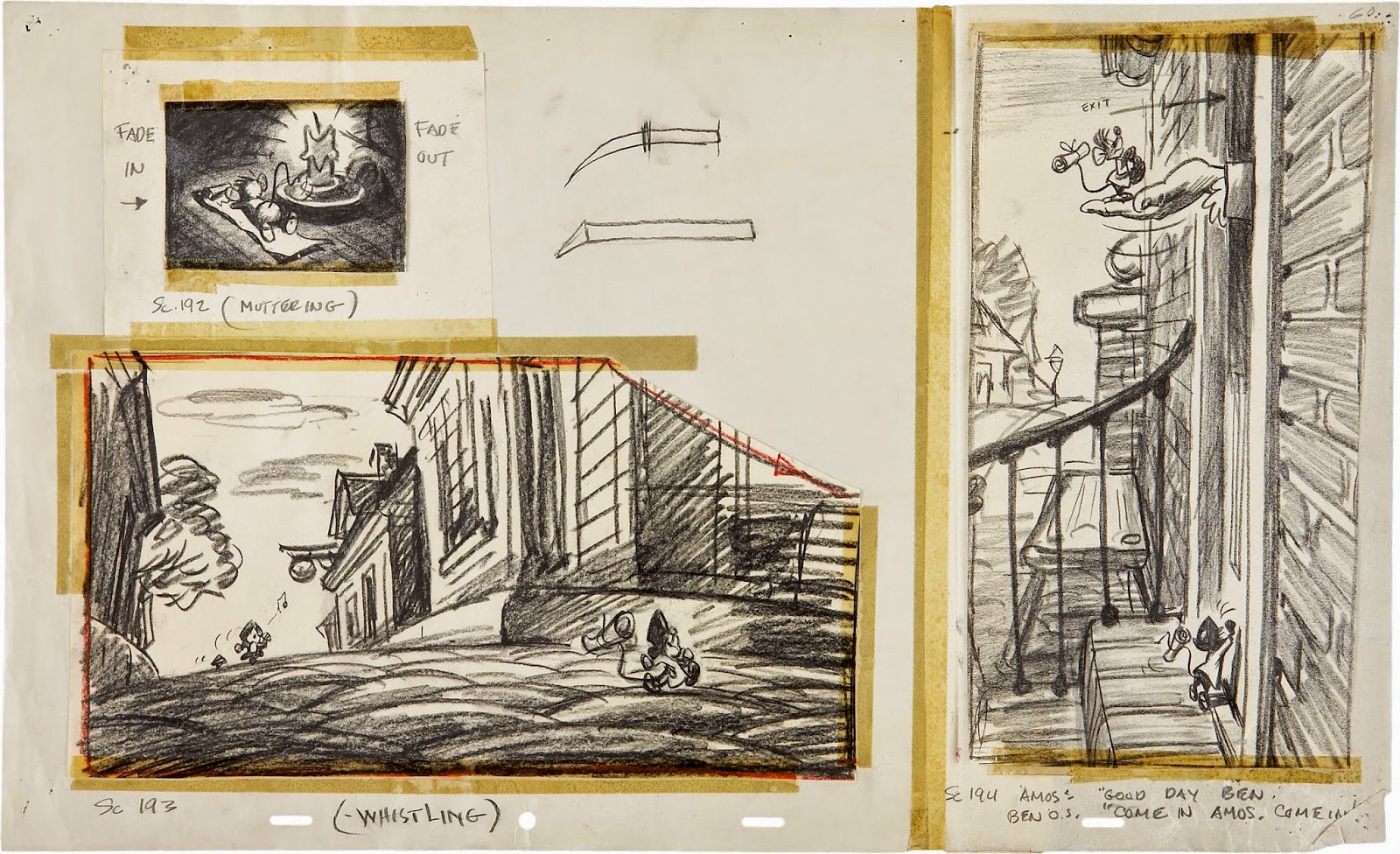 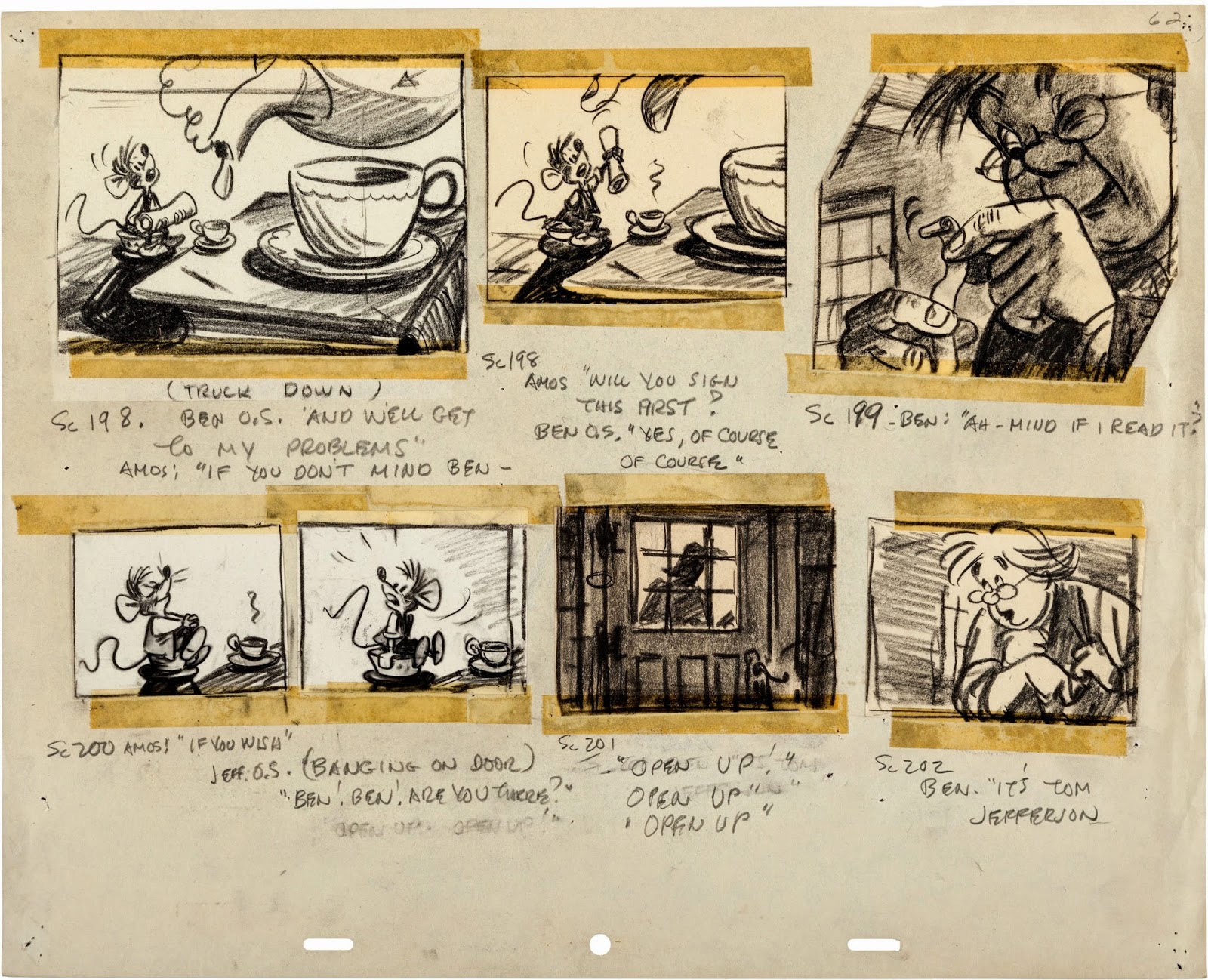 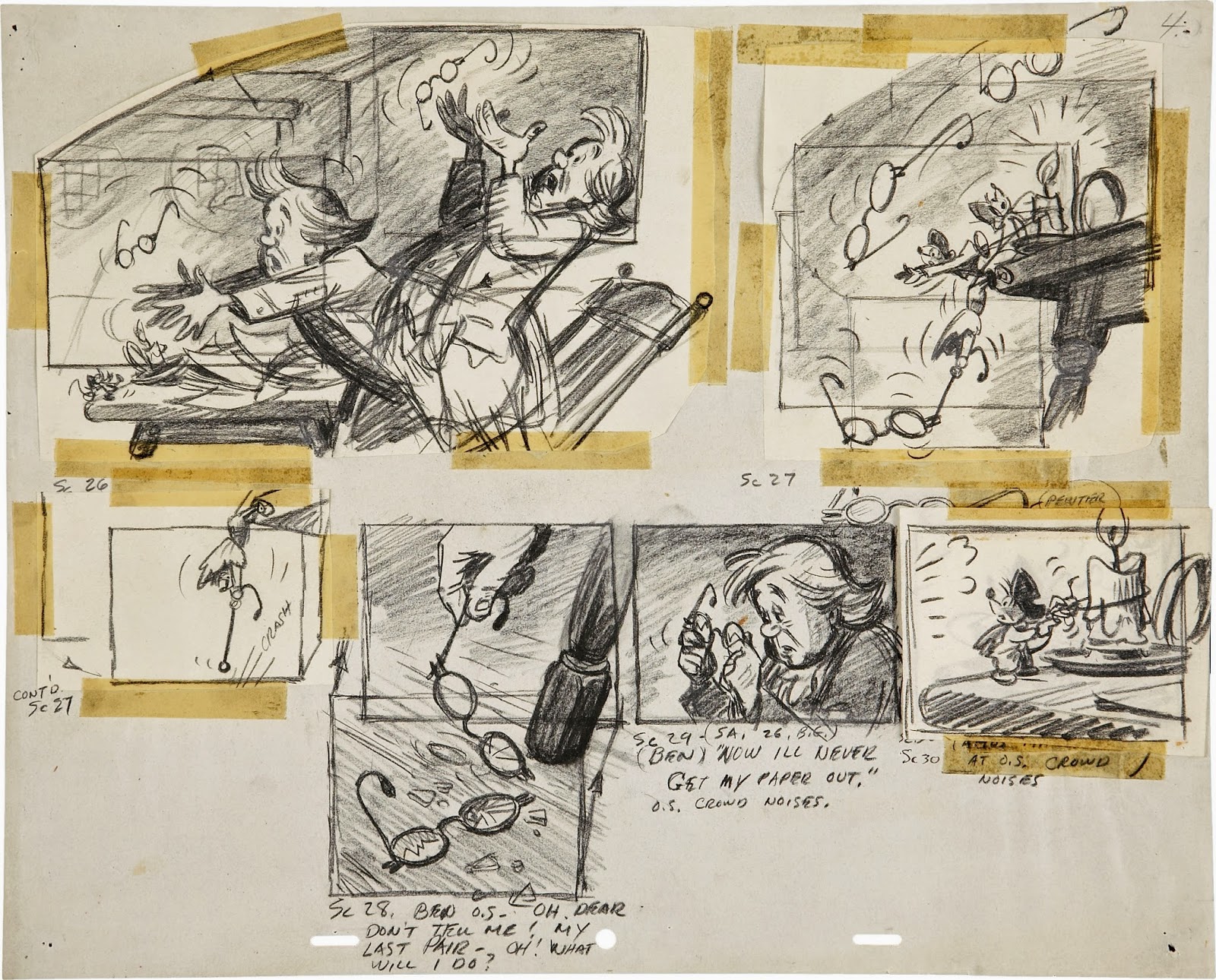 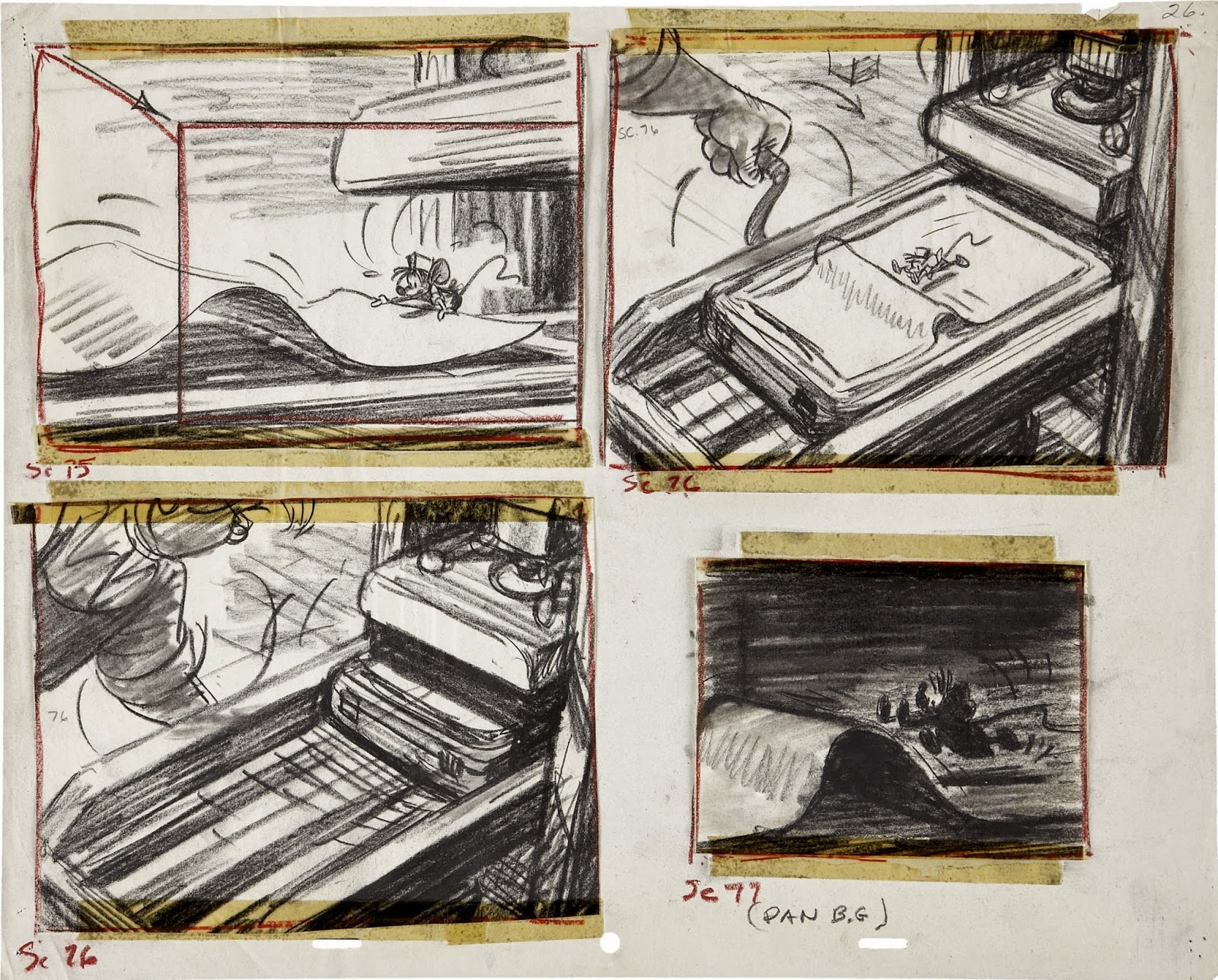 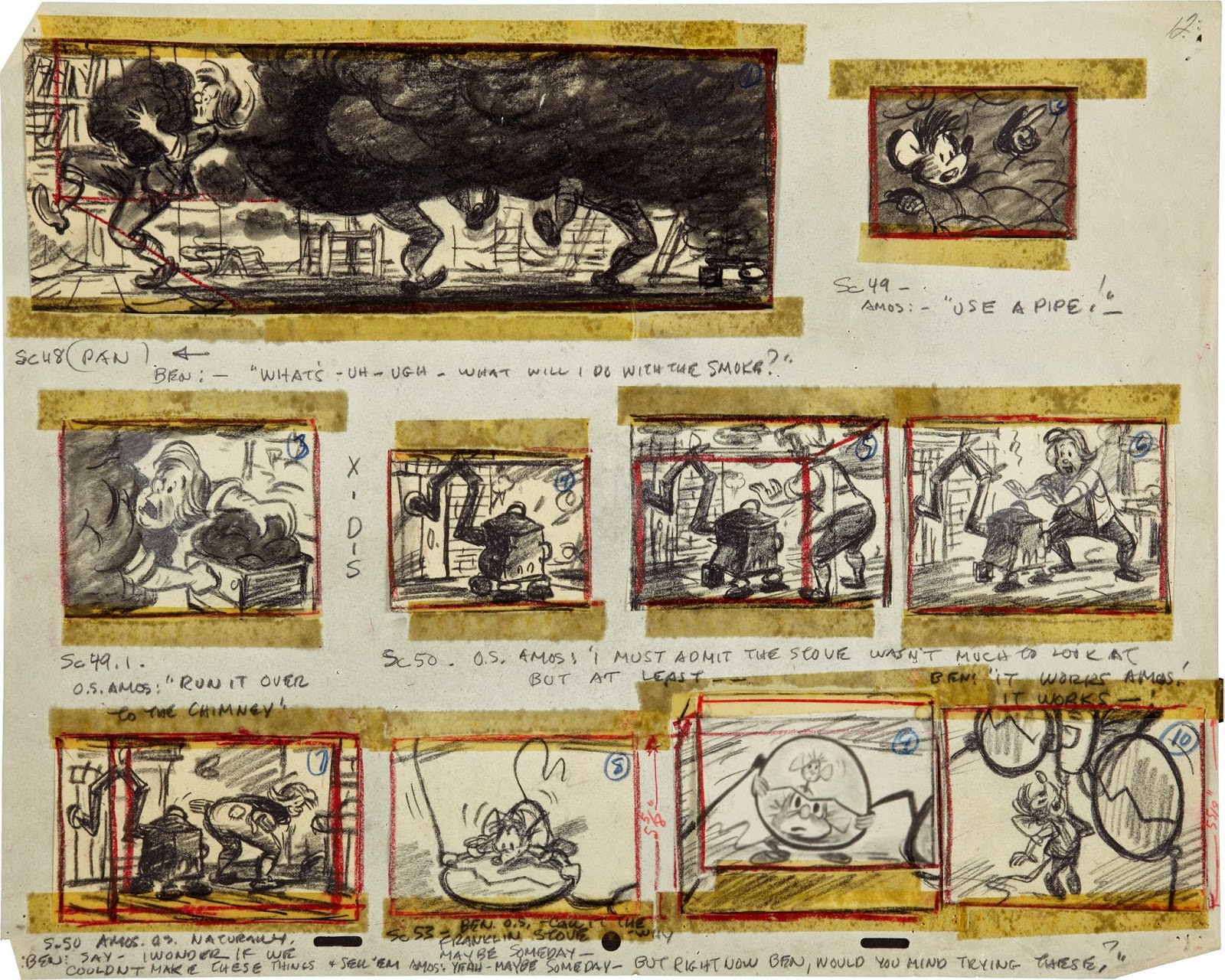 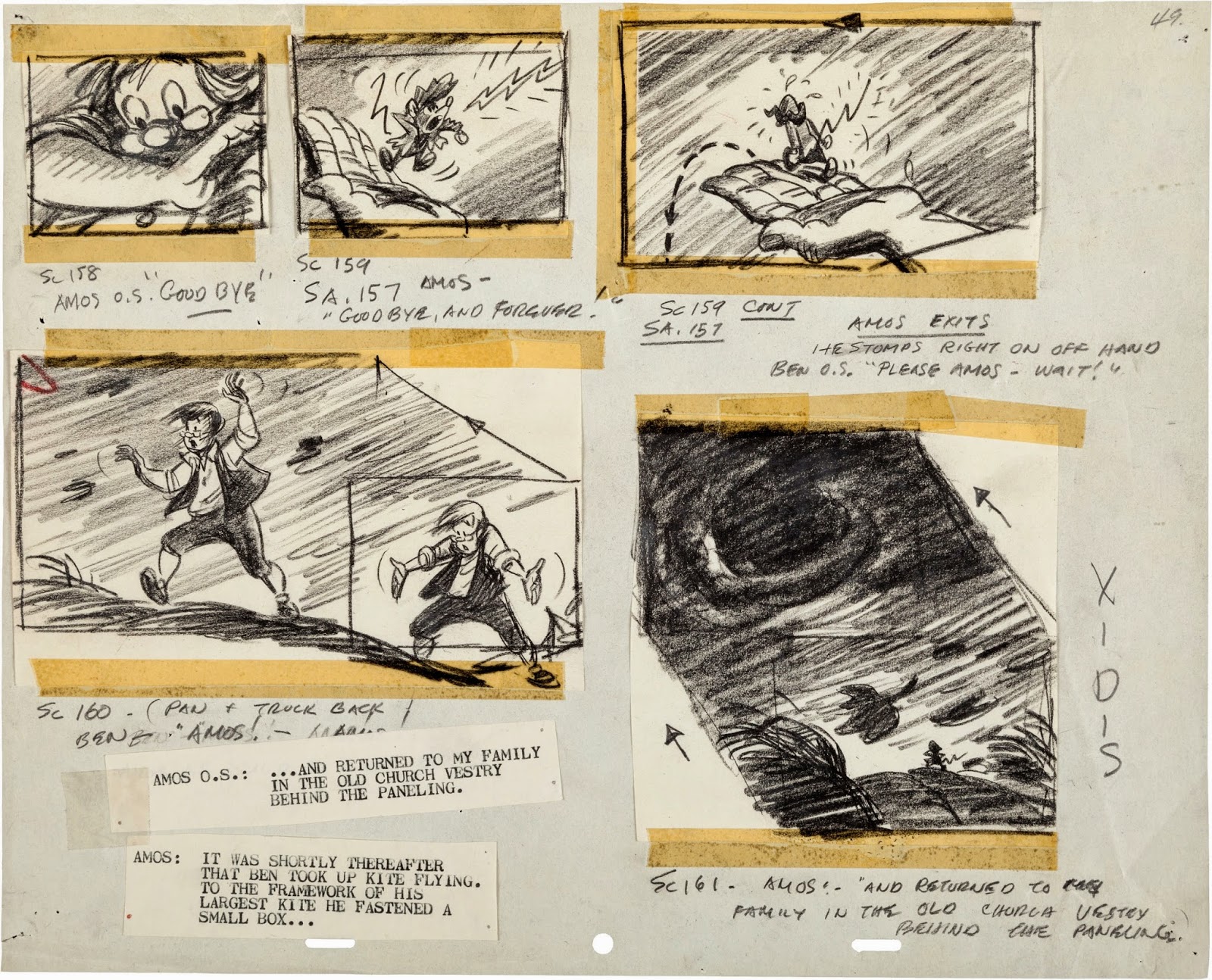