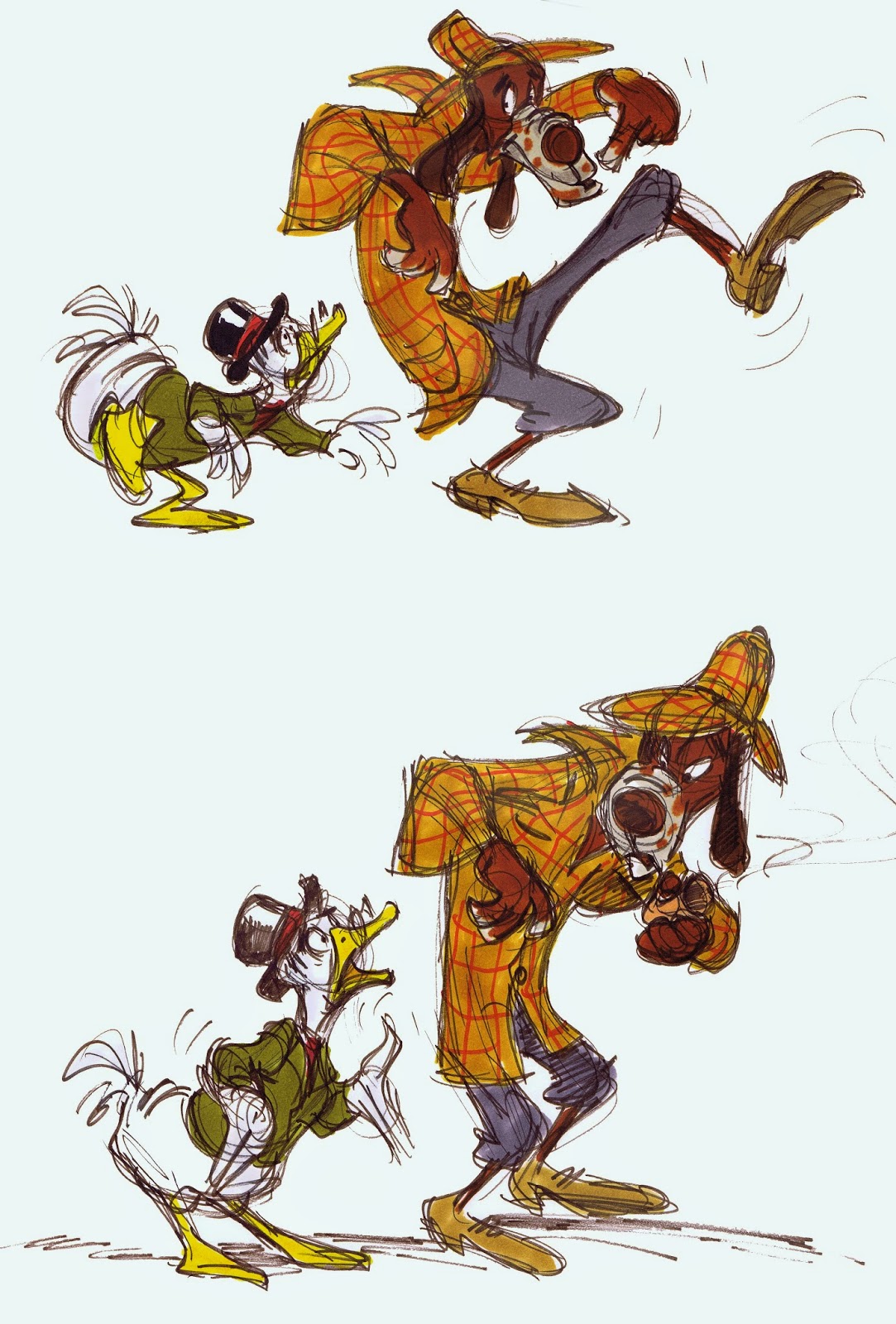 Way back my art school (Folkwang Schule, Essen, Germany) didn't offer any animation classes. As a student I decided to give myself various assignments in order to explore my potential as a future animation artist. I would create model sheets a la Disney, animate walk cycles and try to explore character concepts for an imaginary movie project.
Early in 1980 (still at art school) I wondered what the cast of Sherlock Holmes might look like, if depicted as animal characters, similar to Disney's Robin Hood.
It was a way for me to practice the Disney style in rough form (I had just found out that Disney designers and animators worked pretty loosely). So I practiced staging, expressions and a little bit of color exploration with Magic Markers. I never showed these sketches to my art teachers at school, knowing how much they disliked the Disney approach to animation. The one person I did show them to was my friend Hans Bacher, who had graduated from the same art school and was at that time in business as a designer, storyboard artist and animator for several German agencies and TV stations.
Without Hans' constructive criticism and input I would have been completely lost.

So here I figured Sherlock Holmes as some kind of bloodhound, Dr. Watson as a duck, the inspector as a fox, and a policeman as a lion.
When I look as these sketches now after so many years, I still sense my unstoppable passion for Walt Disney's Animation, so many years ago. (A passion that is even stronger today). 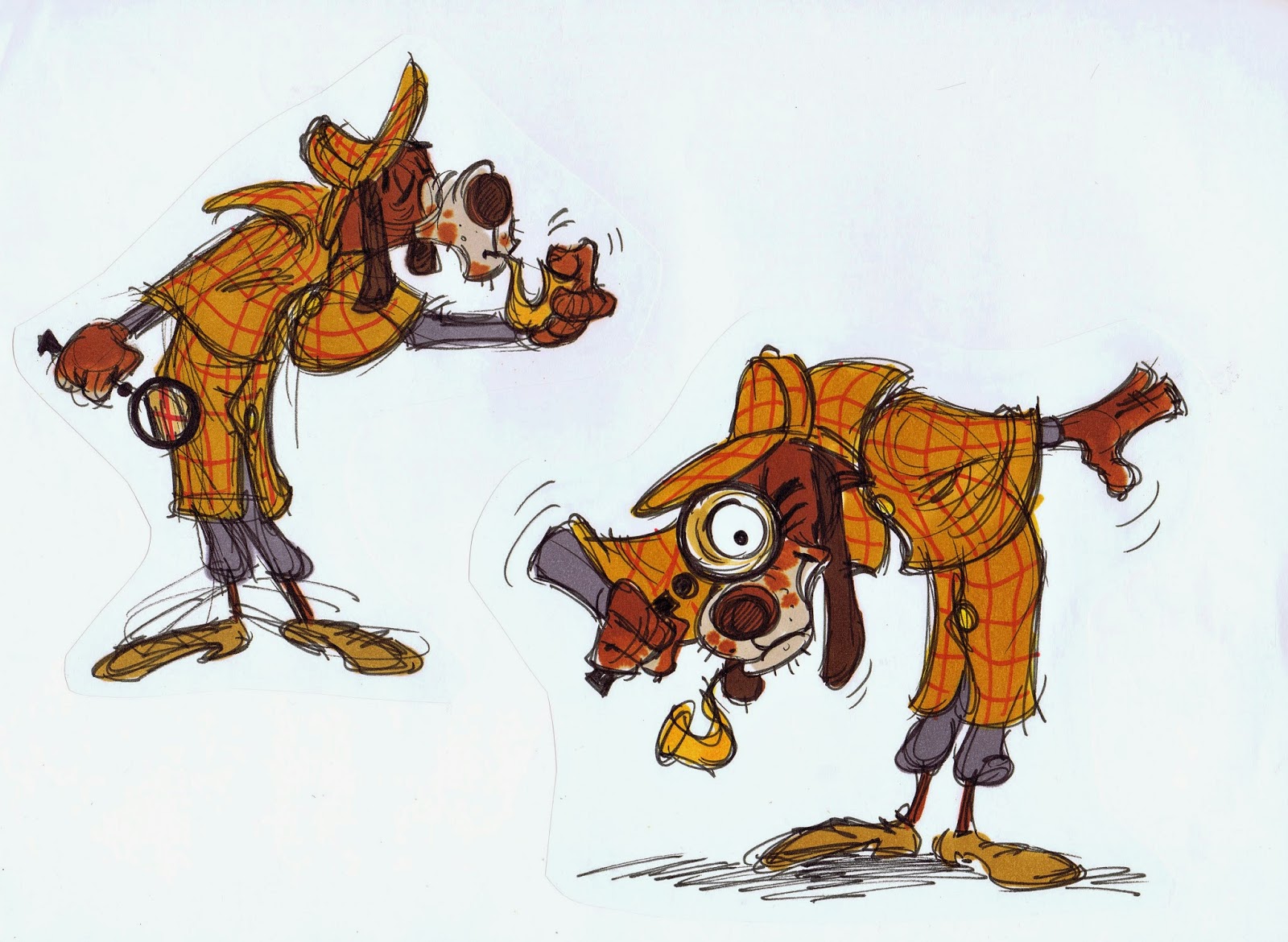 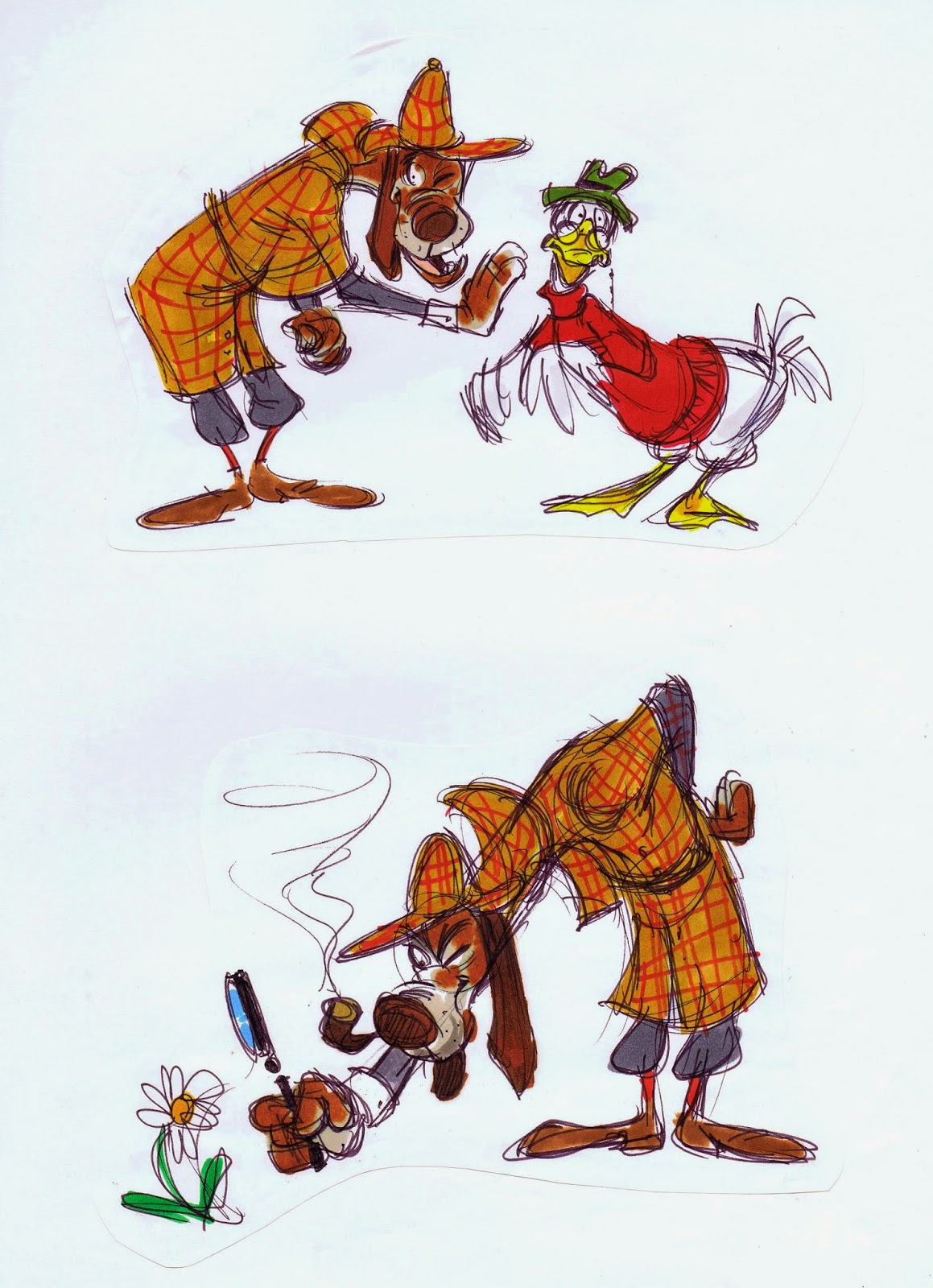 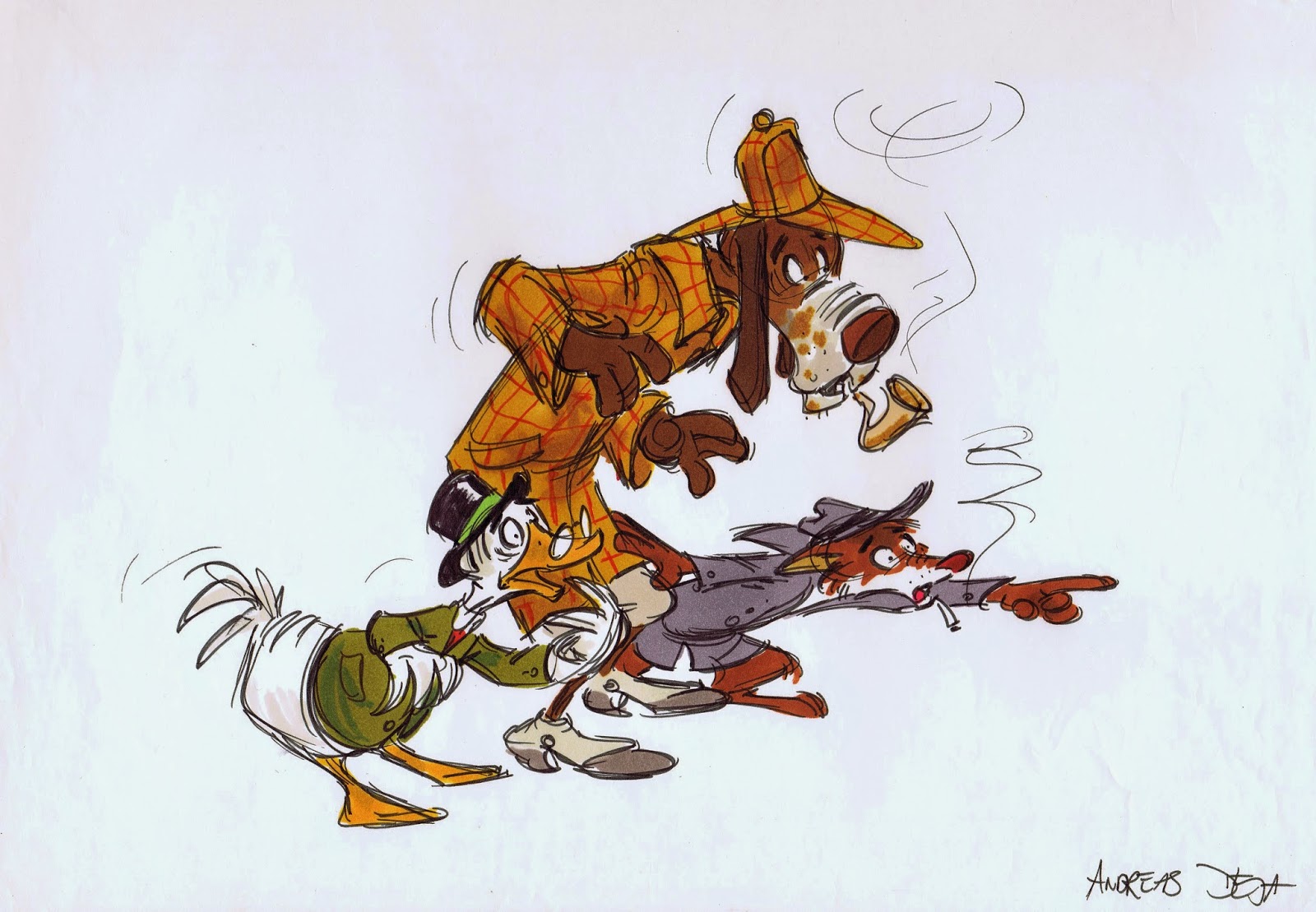 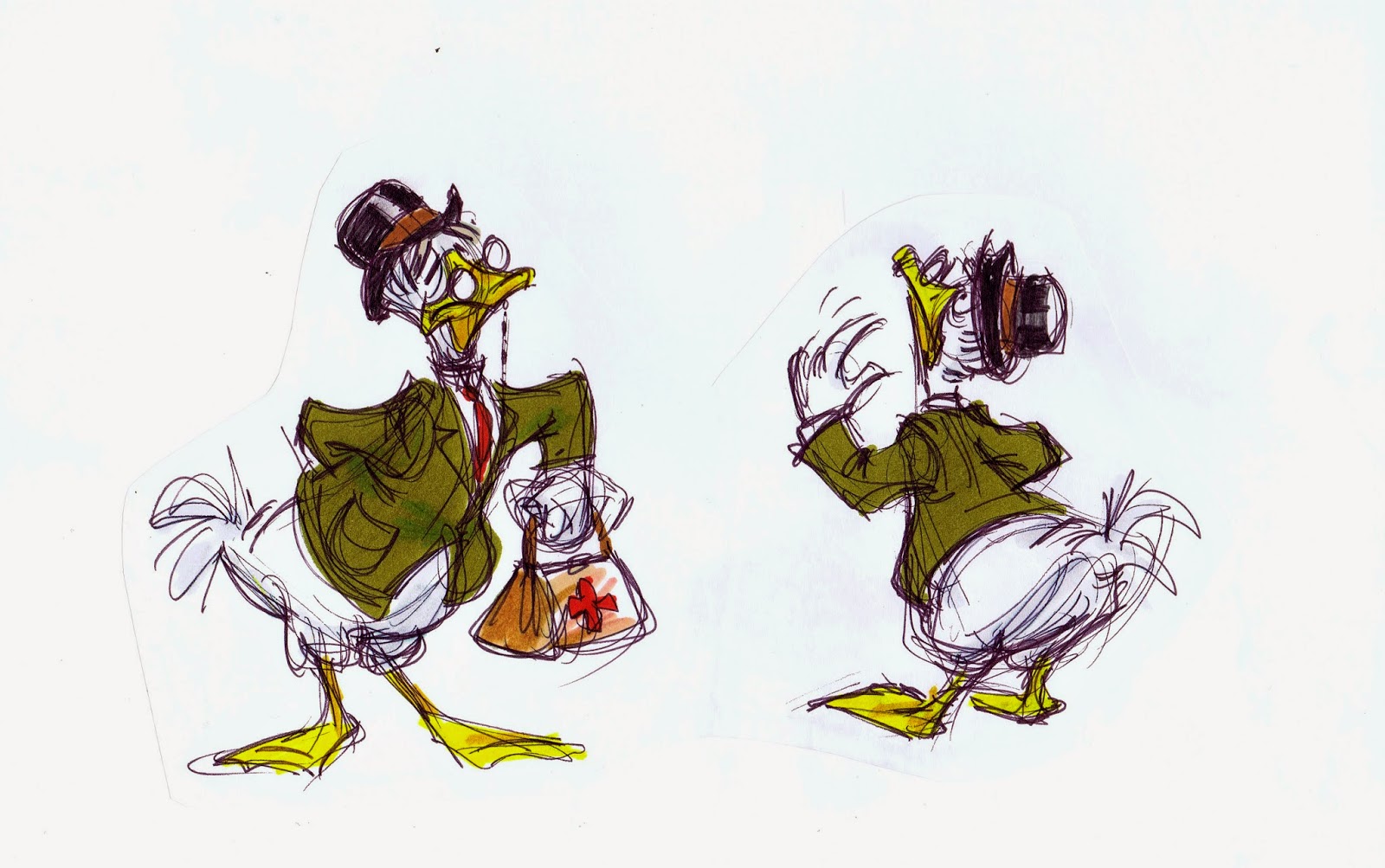 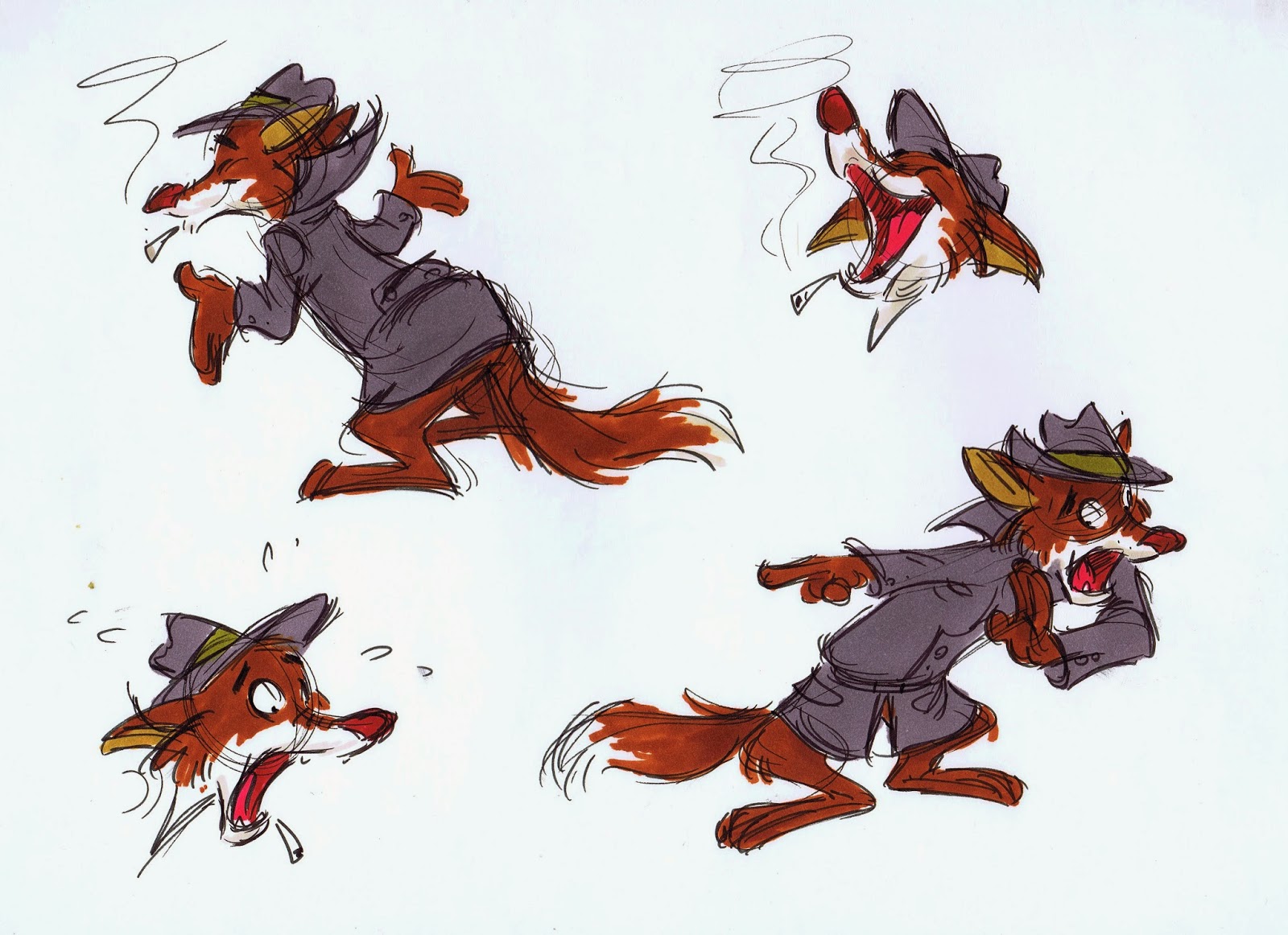 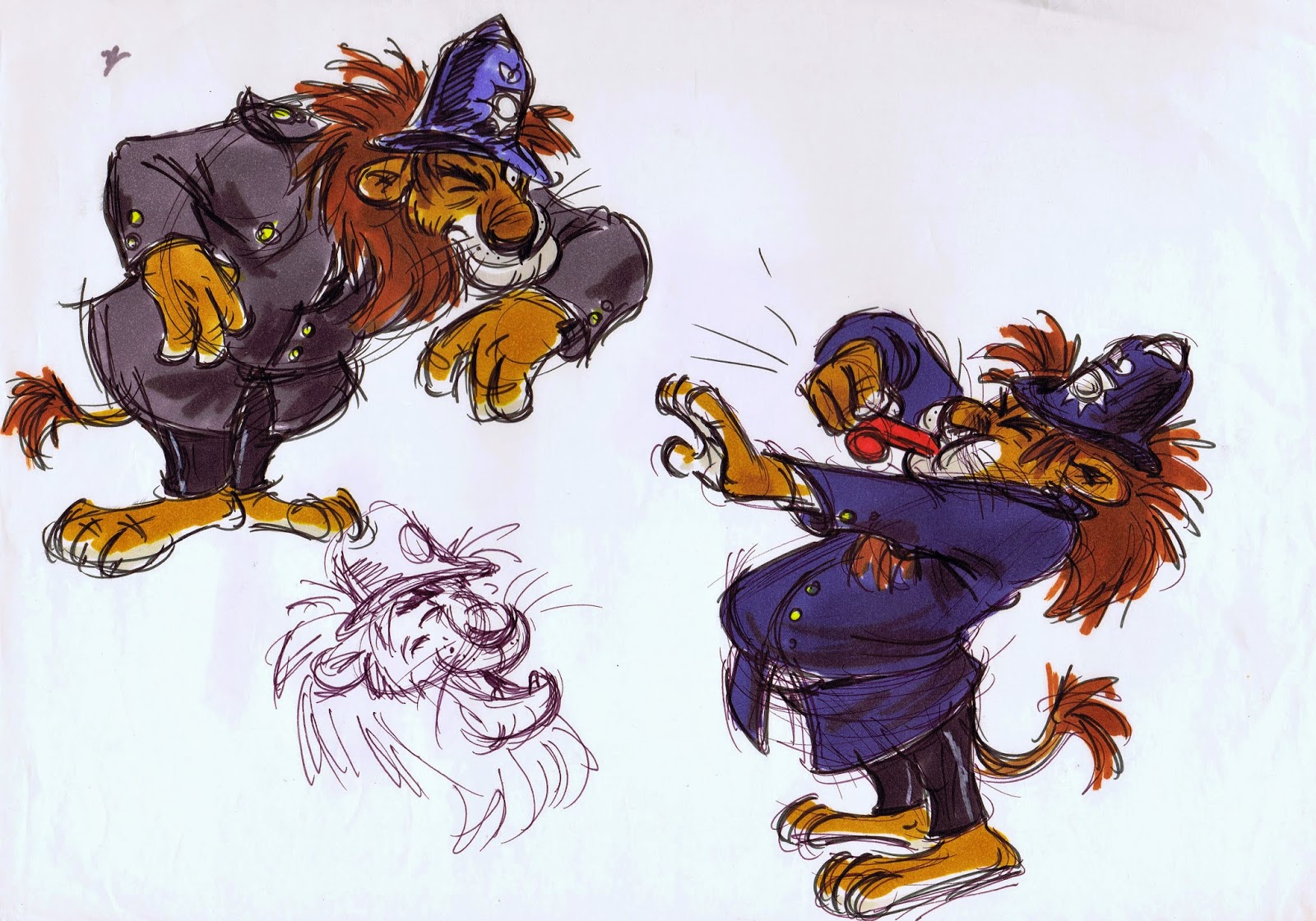 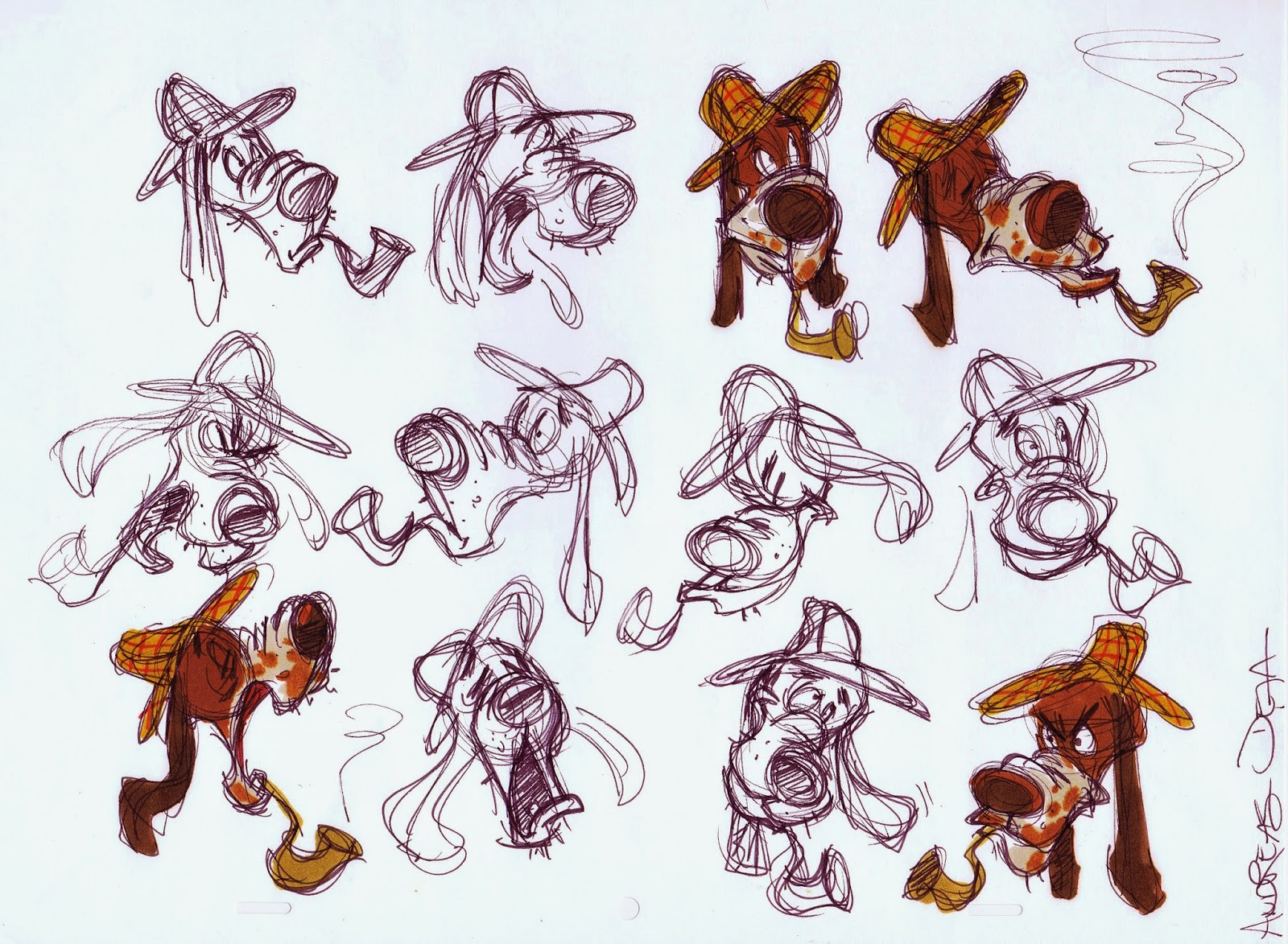 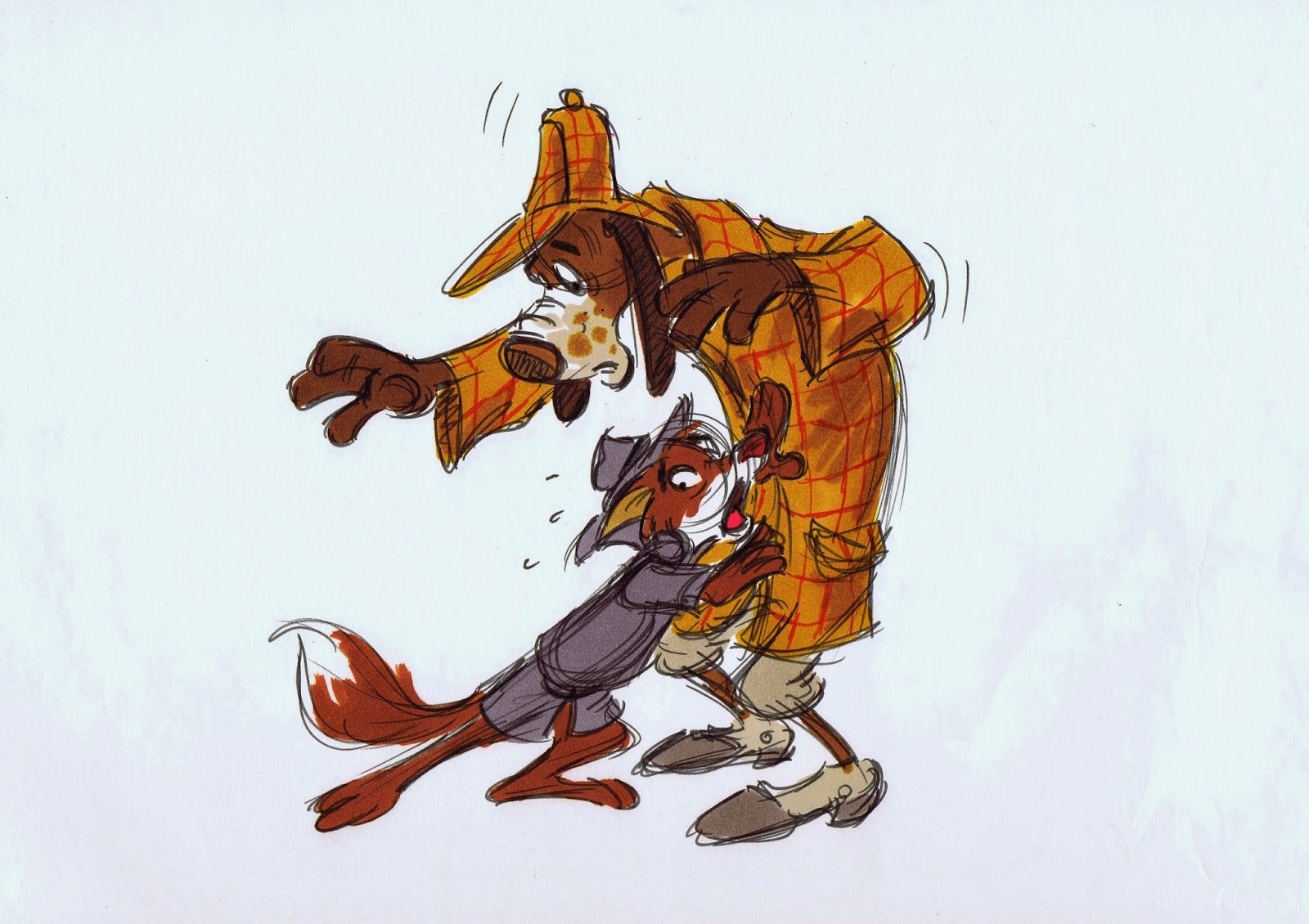 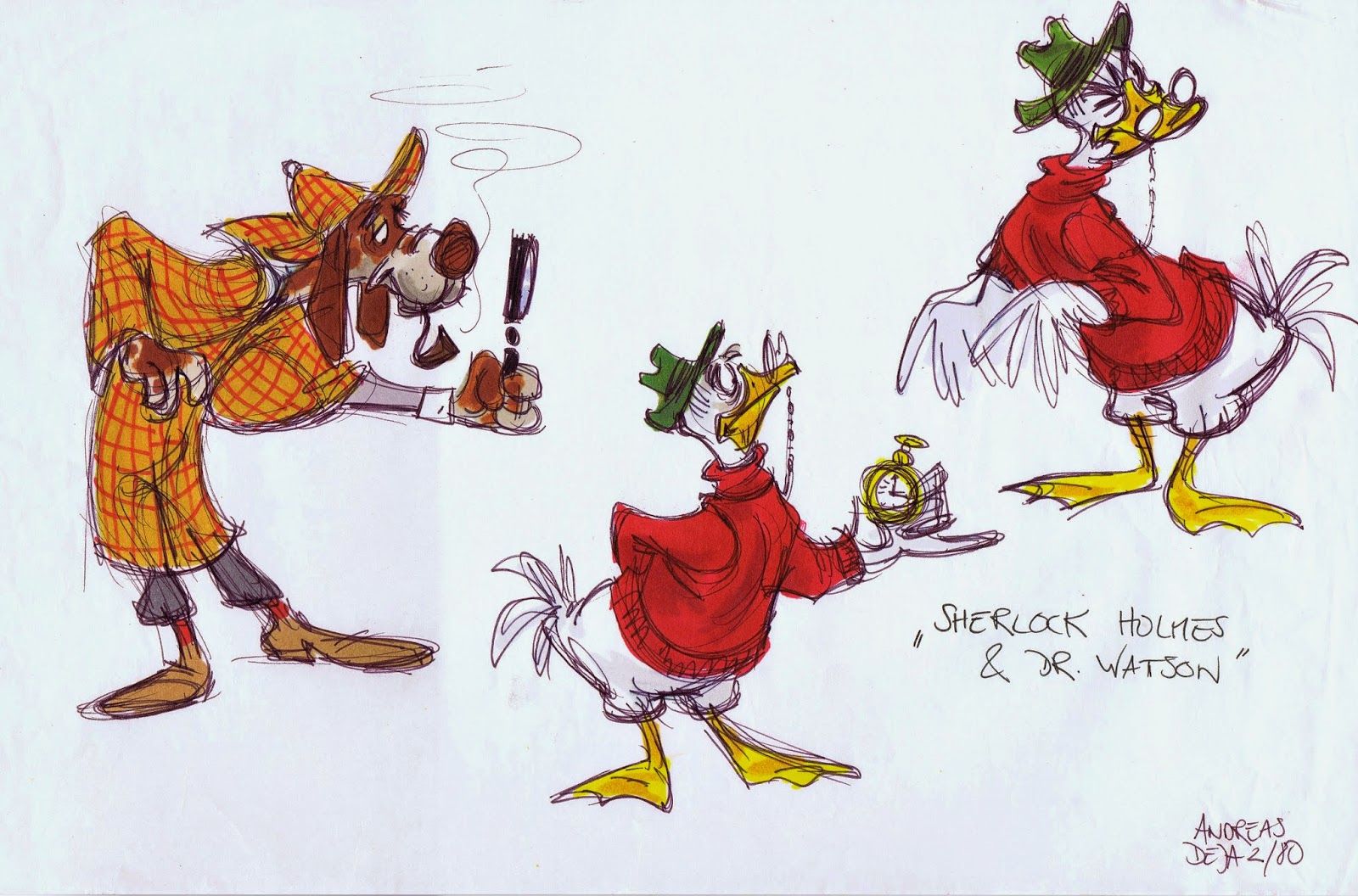 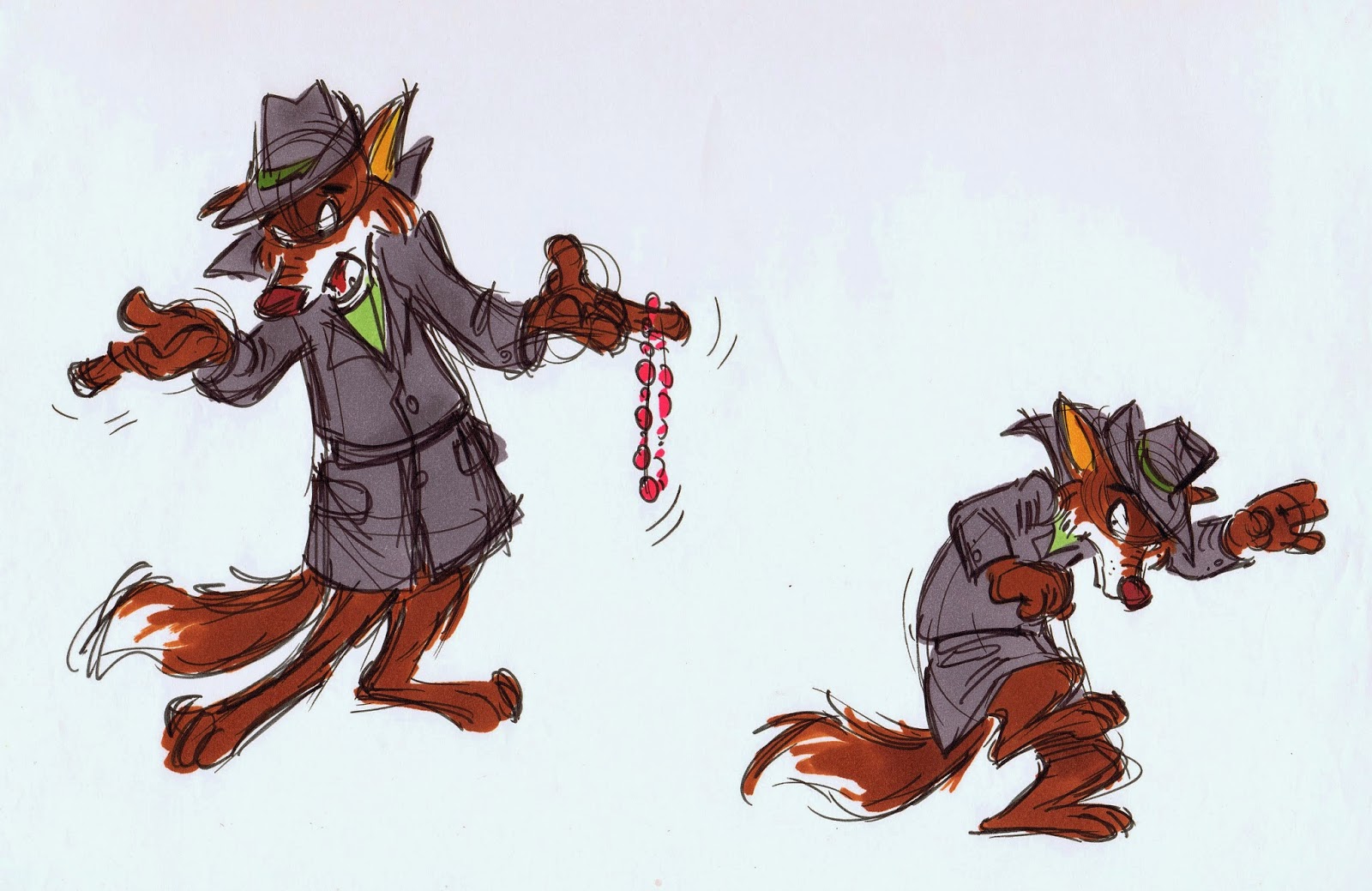