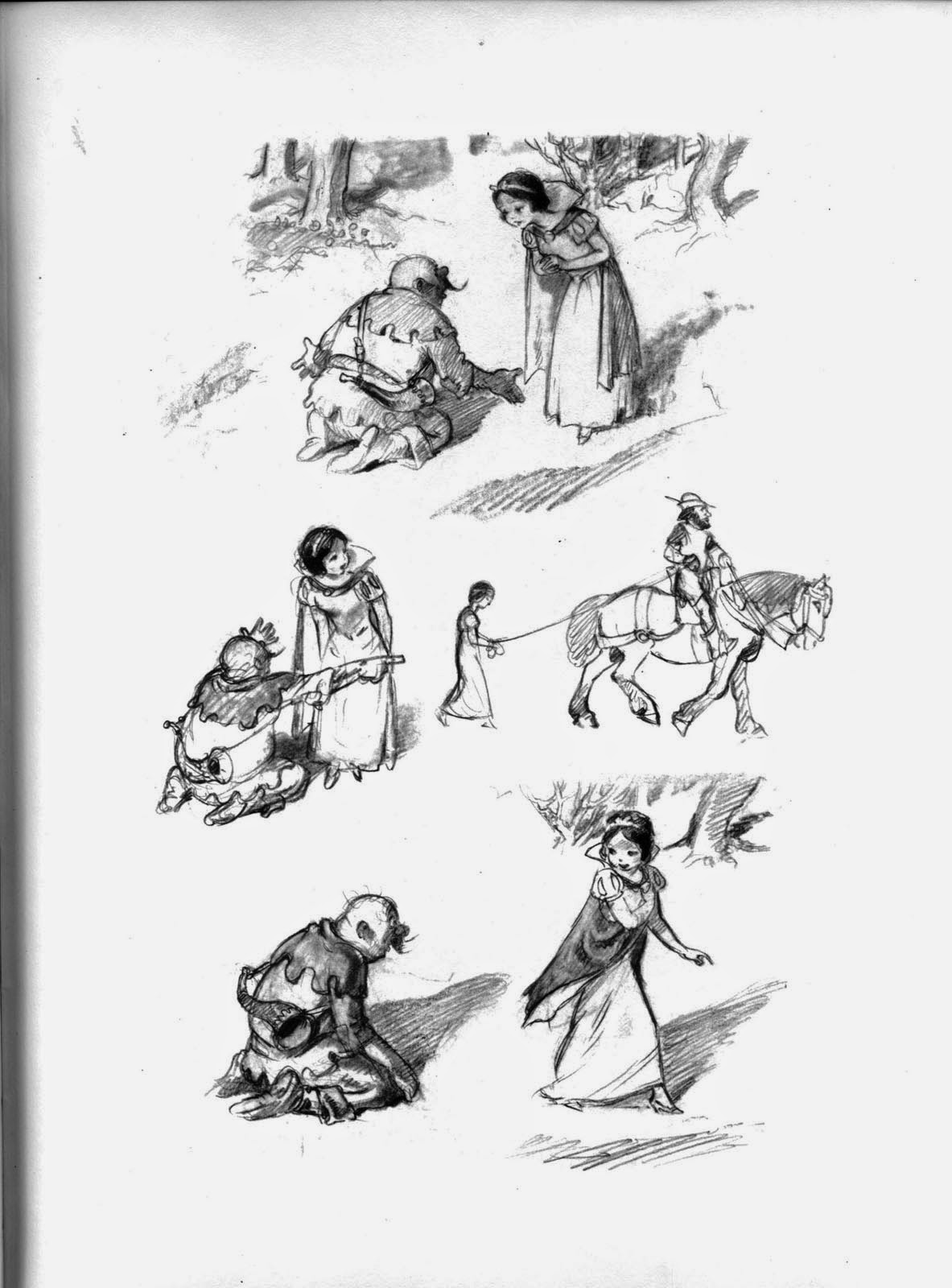 Albert Hurter drew these charming sketches showing the Hunter after he couldn't bring himself to kill Snow White. He begs her to run far away and hide.
That makes him a good guy, who disobeys the Evil Queen's orders. During the sequence preceding this moment though he is portrayed as a killer who will go through with murdering the princess.
With his scary expression and body movements everyone who sees the film for the first time believes he is going to do it.
To achieve this kind of horrific depiction some live action reference was used to help with the realism required for this type of character. 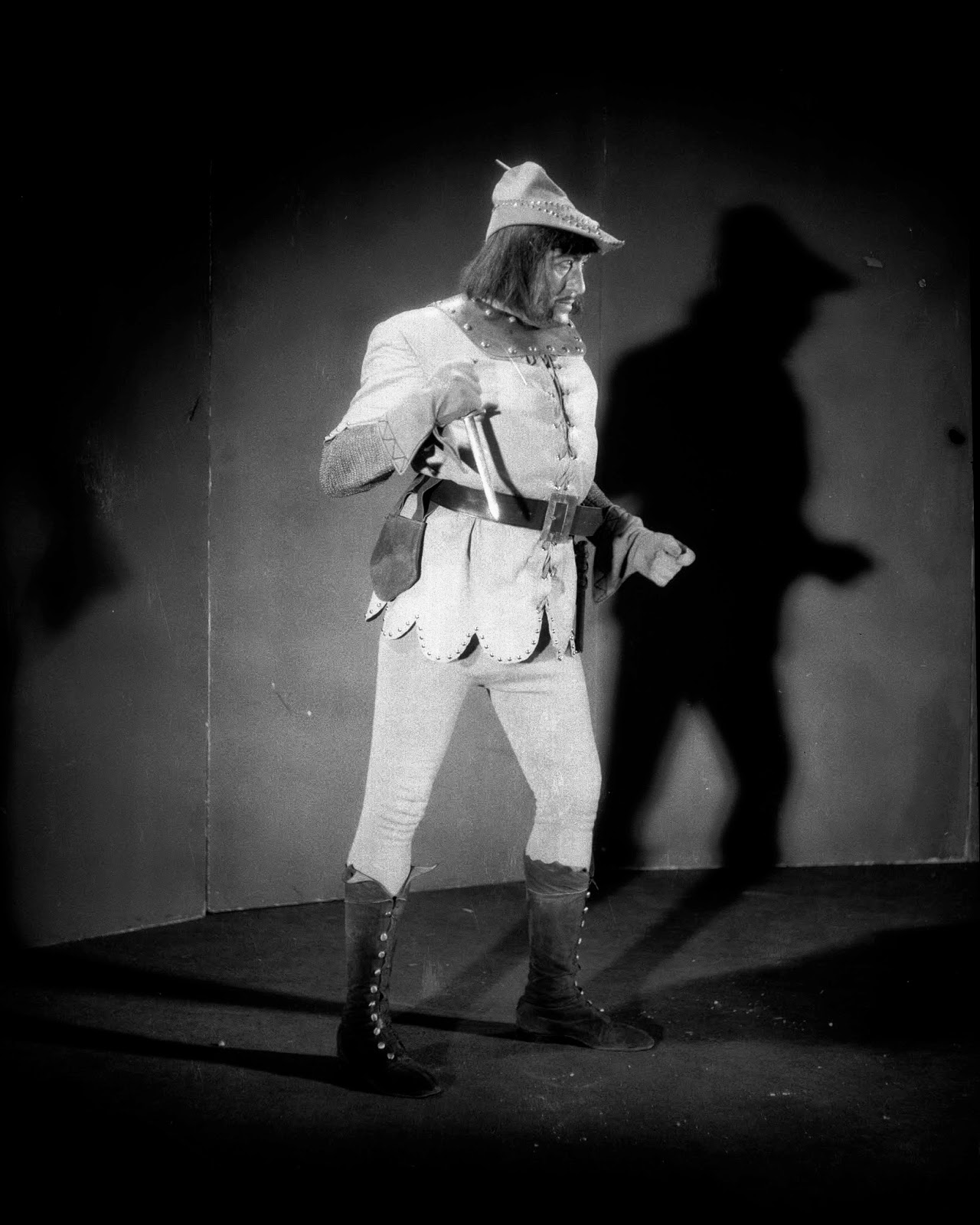 An actual photostat with the corresponding animation drawing, which is likely a clean up study, since it is drawn in red and not in black pencil. 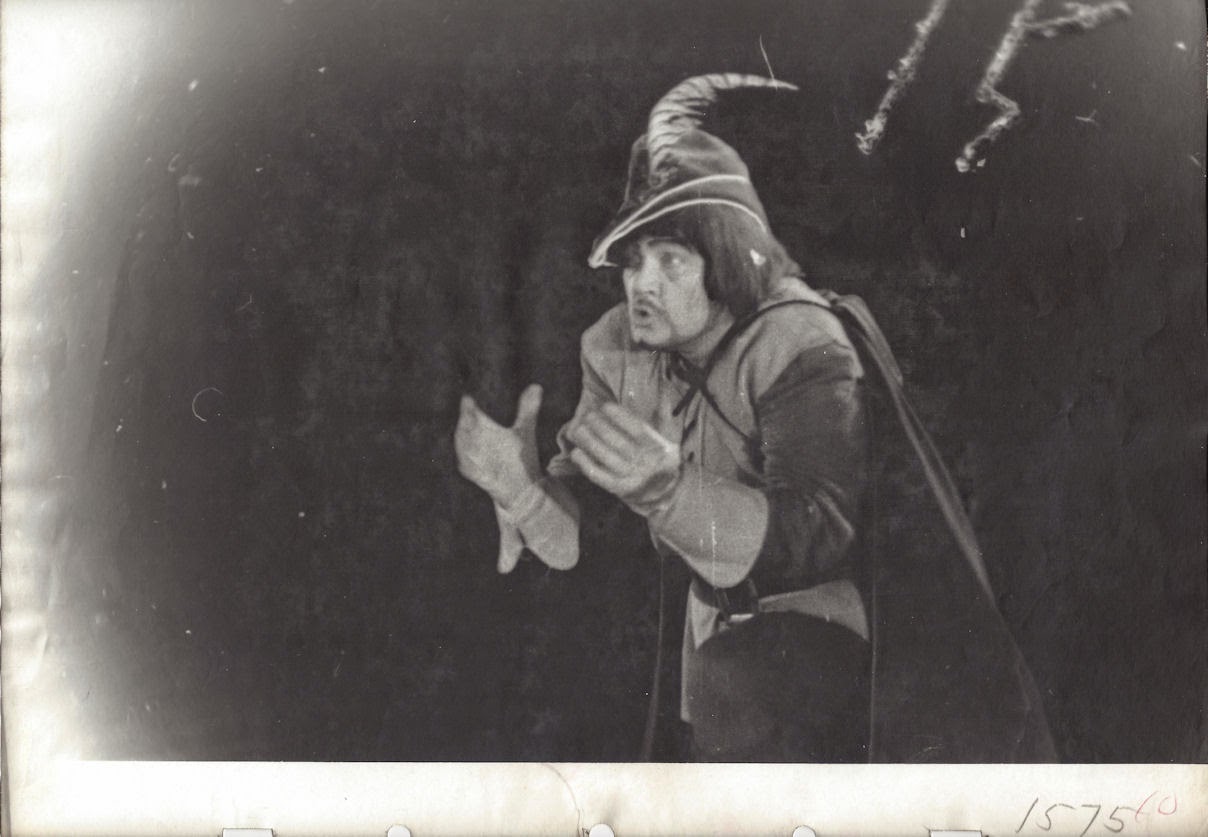 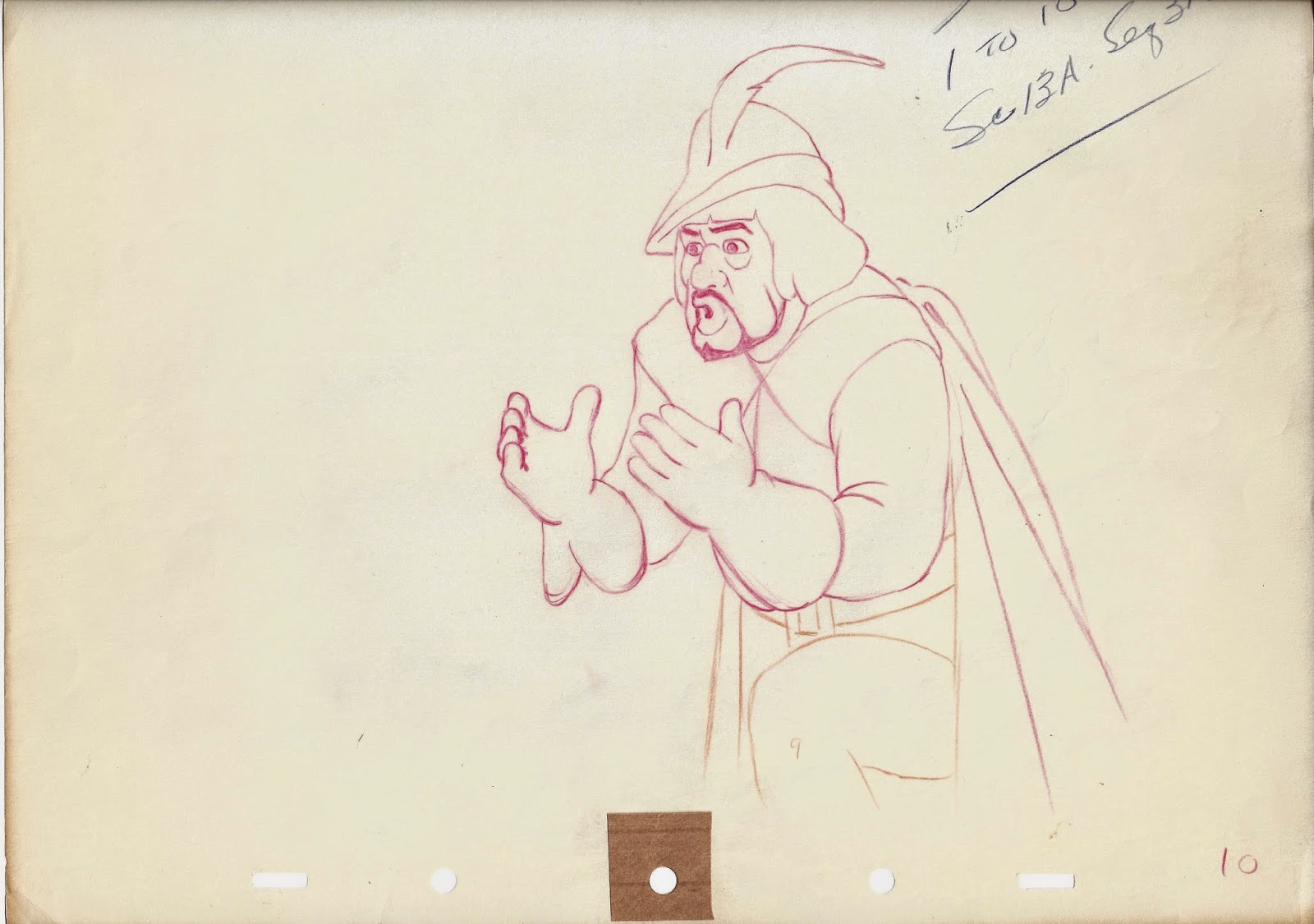 It's astonishing to me how far Disney went with the portrayal of villains from the early features.
The Queen, the Witch, even the Spirit of the Magic Mirror must have scared the popcorn out of kids way back. But Disney insisted on strong contrast between good versus evil, and that needed to be clear in the characters' design as well as their acting. 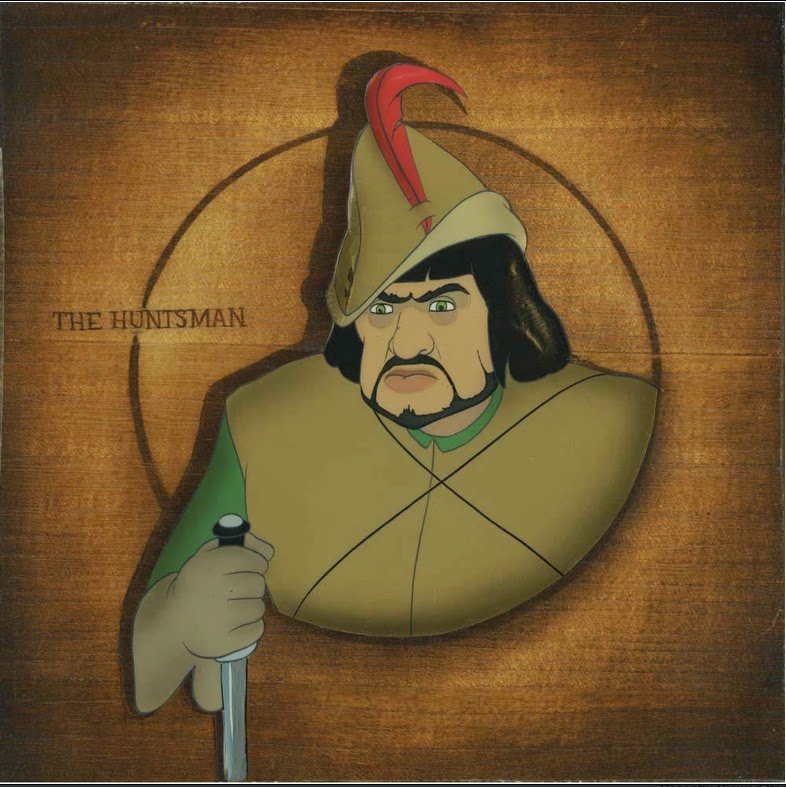 Even the 1938 comic strip based on the film maintained the frightening anxiety of the moment. 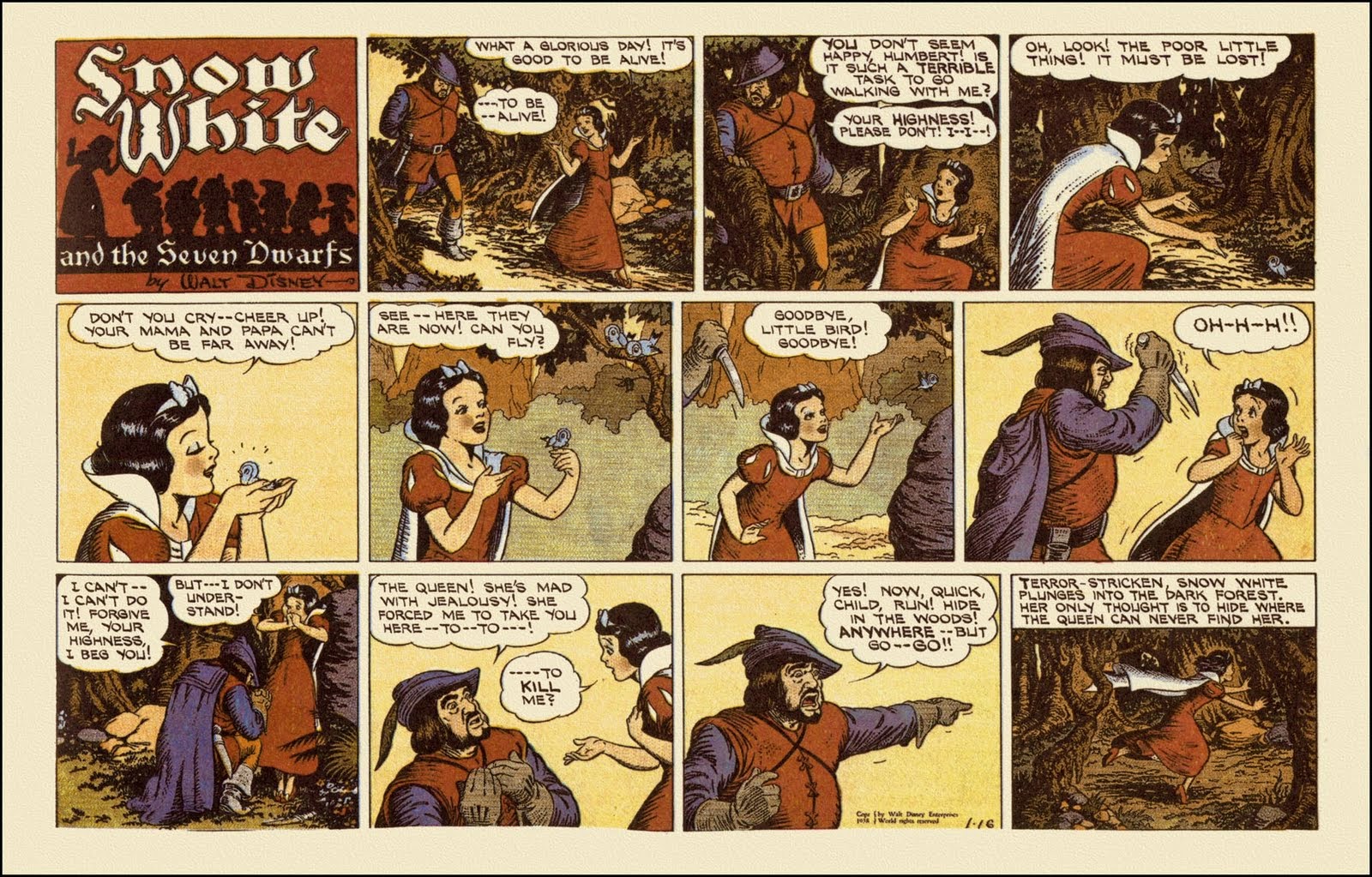