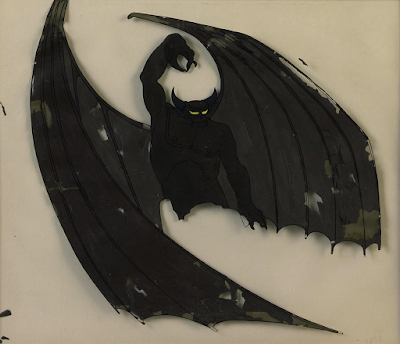 It's astounding to see rare cels like this one from Fantasia. It shows it's age, but nonetheless showcases the overwhelming craftsmanship of Disney Animation during the golden age.
The Devil on Bald Mountain remains to this day the most impressive, fearful and powerful animated character. His animation on screen lasts only a few tens of seconds, but every scene is pushed to the limit in terms of nightmarish horror, but also elegance of motion.
The scene in which Chernabog's hands play with flames to turn them into figures has such magnificent fluidity, the upper hand seems to be dancing with the fire.

The sequence was thoroughly researched, designed, staged and storyboarded for optimum effect. 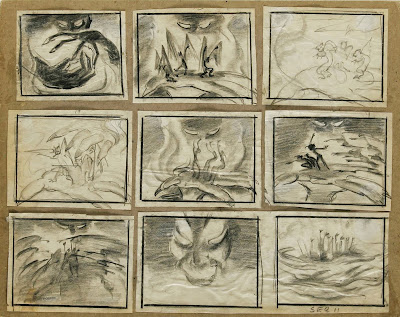 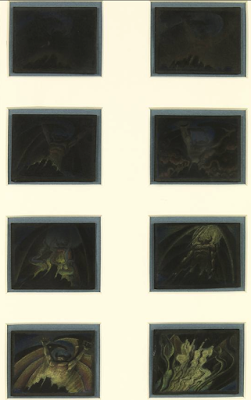 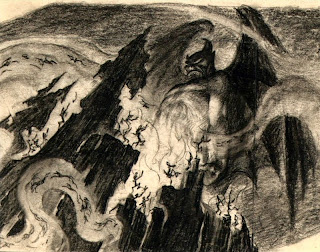 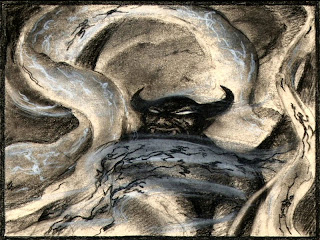 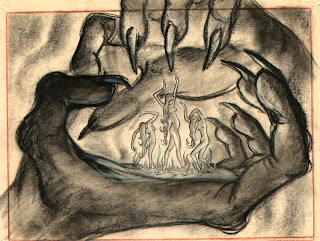 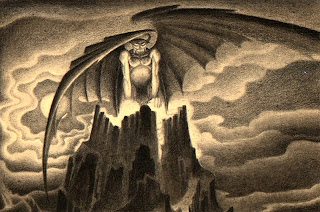 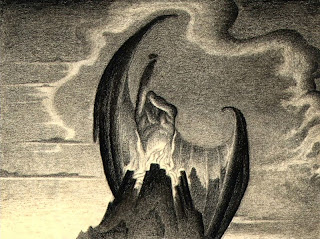 Bill Tytla's exploratory research as well as his rough animation drawings demonstrate an artist's intense relationship with his subject. There is a raw power that seems to come from within the earth. 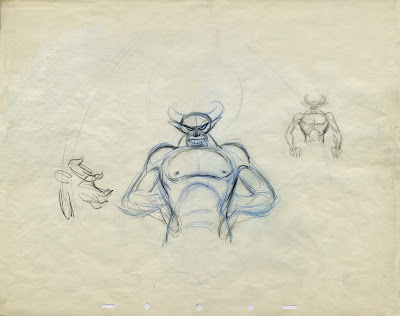 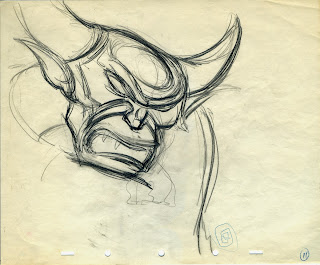 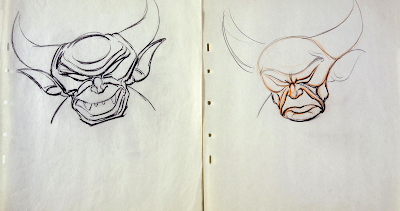 Even the clean up work on the character retains the awe-inspiring emotion of Tytla's rough drawings.
The flawlessly drawn anatomy helps to give the sequence a level of believability and authority never achieved before. 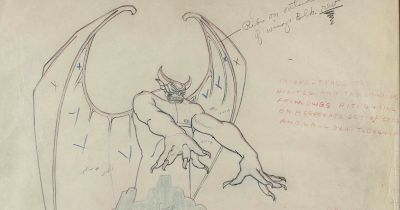 A couple more cels of Chernabog that seemed to have survived the ages to haunt us, even as still images. 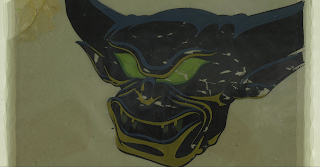 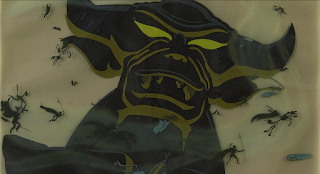 Joe Grant's model department created this dynamic maquette for Tytla. It served as a reminder to bulk up the live action reference, in which skinny director Wilfred Jackson acted out the scenes. 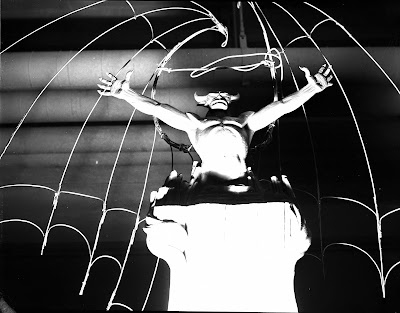 More on Tytla's work here in this previous post: