The Way to Use Live Action... 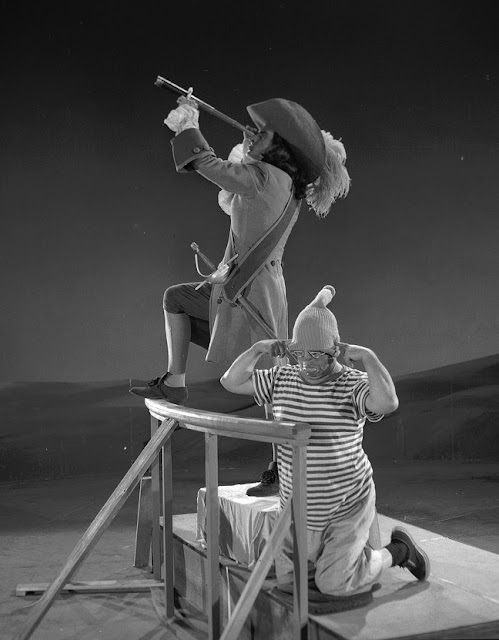 ....is basically like this. Study the reference and PLUS it.
The two poses in the photo already give you nice silhouettes. Everything reads very clearly, but look what happened when the animators got a hold of this material! Hook is leaning forward instead of back. It makes for a more dynamic pose, but more importantly it connects him more with the object of his interest in the sky. And Smee definitely leans backward in anticipation and fear of the ship's canon going off.  I love the fact that he pulls his cap all the way down to his nose, and using his thumbs instead of index fingers to block his ears is an interesting choice. (I never would have thought of that.) 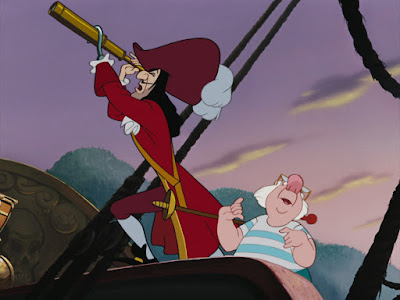 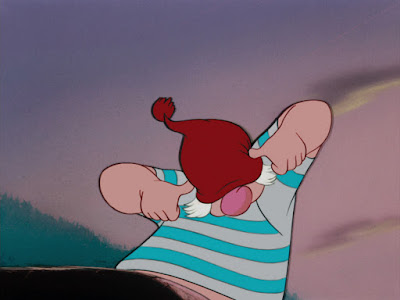 Hook was animated by John Lounsbery, Smee by Ollie Johnston.