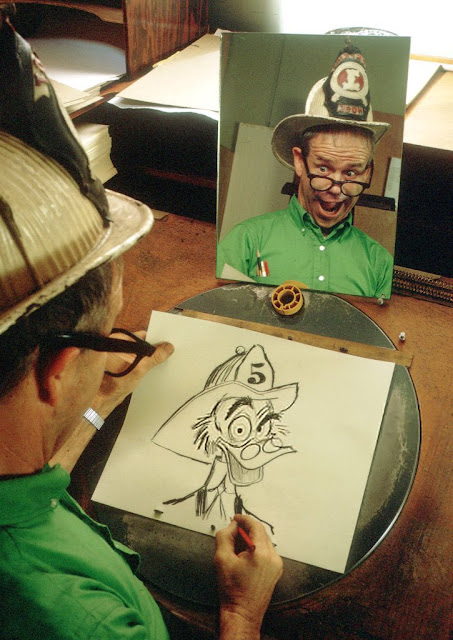 Ludwig Von Drake is a great TV character, created late in Walt's life during the early 1960s.
According to one artist who was there at the time, one of the animators who was assigned to this new Disney personality was Marc Davis.
Marc had just finished Cruella De Vil, and he was not eager to "step down" to do animation for a TV character. Marc did produce some animation of Ludwig, which did not meet approval.
Marc moved over to Imagineering instead, and the rest is history.
Milt Kahl took over and designed Ludwig's earliest scenes for his first TV appearance in the 1961 episode "An adventure in Color". Needless to say...brilliant work.
Ward Kimball was put back into animation on Ludwig after Walt's dissatisfaction over Ward's involvement in the mostly live action musical Babes in Toyland.
In the end I believe that Milt and Frank Thomas  MADE the character into the personality we all know today.
A befuddled, often confused yet likeable professor.

More on his personality here: