This is a scene by Milt Kahl with Prince Phillip's horse Samson. At first I thought the drawings correspond with the film frame above, but they don't. In the color image Samson reacts to the forest animals stealing the prince's cape, hat and boots.
It turns out that the actual scene in the film shows broader animation than what you see below.
I believe this scene was cut from the movie. It might have been Mitl's original version, before being asked to re-animate it with a much stronger reaction.
It is interesting to see Milt applying multiple images to the horse's muzzle when he shakes his head. He did this off and on when his characters moved very fast. (Pongo jumping on Roger's lap, Kaa uncoiling before falling down a tree).
Occasionally these motion blur type lines were ignored by the inkers and painters and eliminated, other times they made it on to the final cels.
You can imagine Milt finding out that his animation was altered....lots of colorful language. 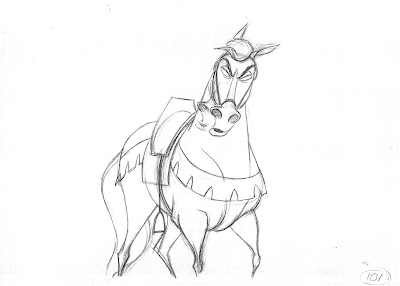 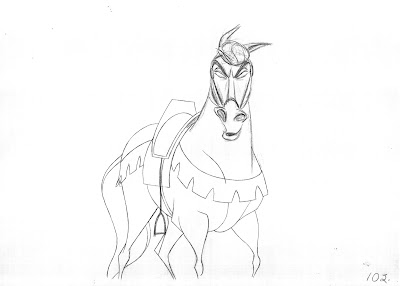 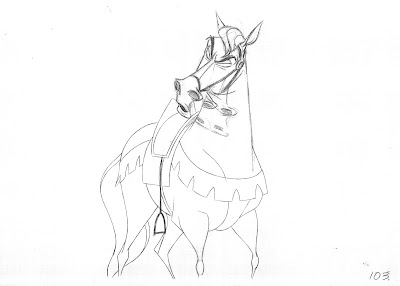 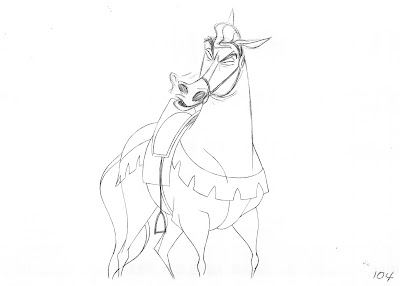 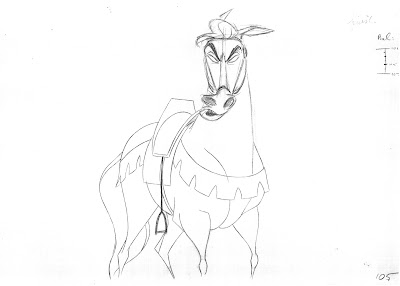 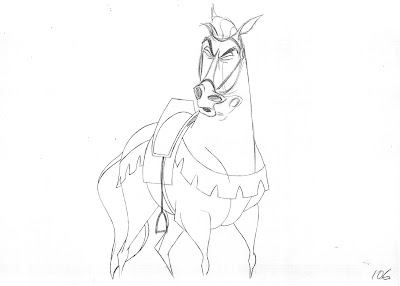 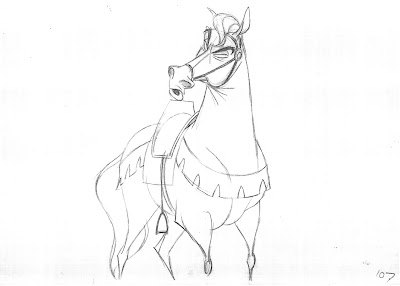 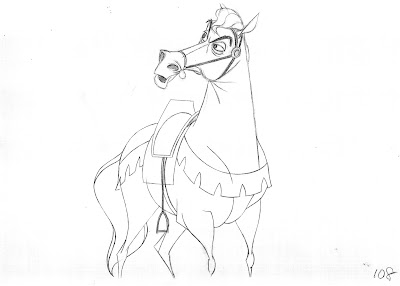 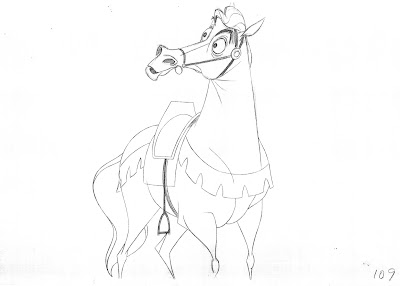 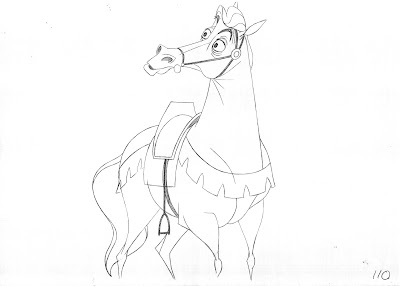 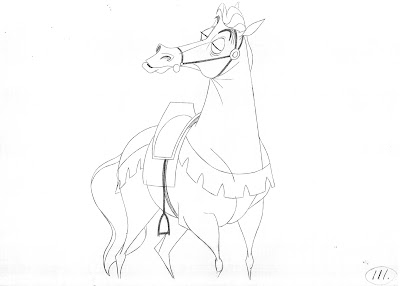 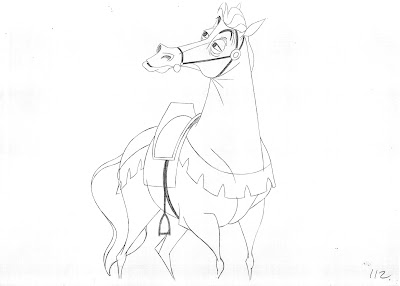 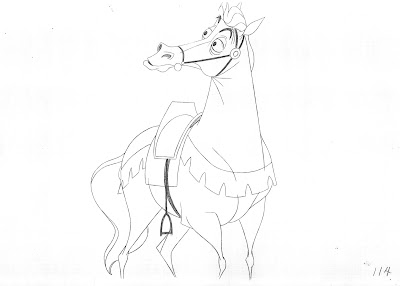 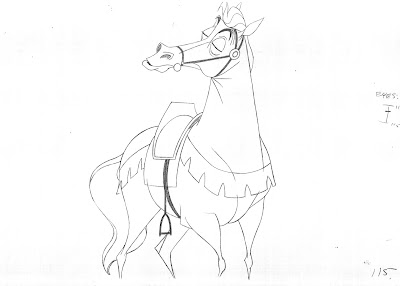 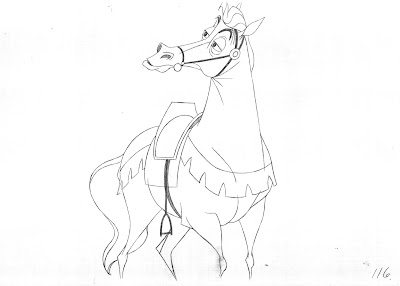 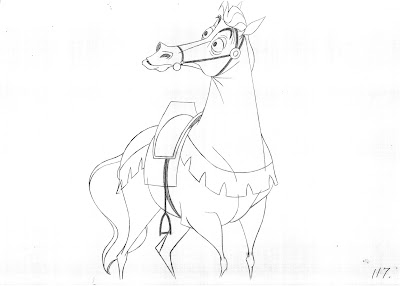