A charming article in Sketches Magazine from 2006.
Lisa Davis talks about her experience voicing Anita in Disney's 1961 classic 101 Dalmatians. 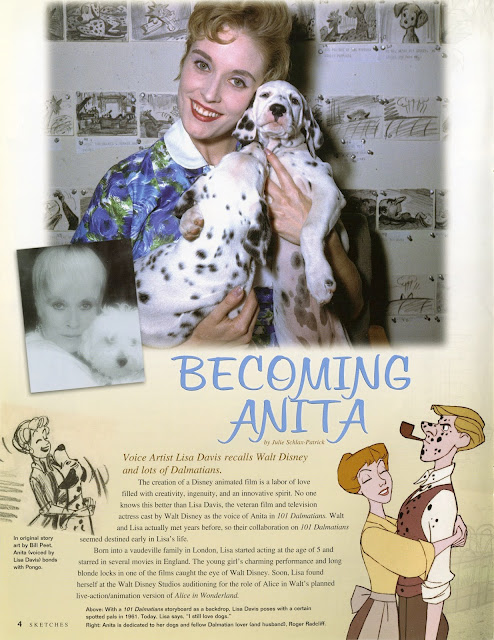 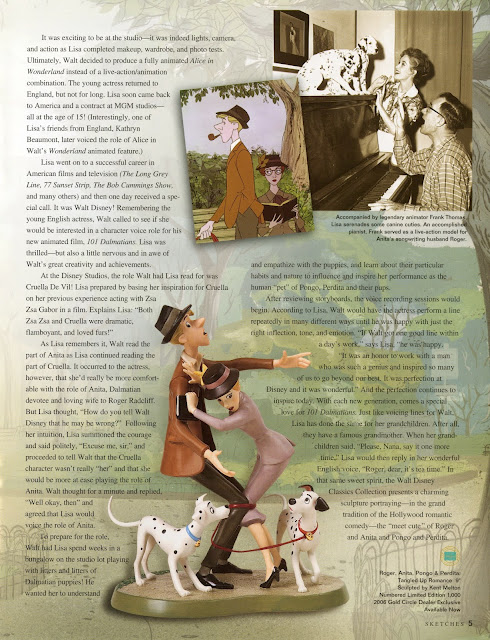 Several animators were involved in designing and animating Anita.
First there were Bill Peet's story sketches which served as a springboard to the animators.
Marc Davis (probably before getting going on Cruella) animated Anita at the beginning of the film when she meets Roger Radcliff. There is a little bit of Aurora in these animation roughs which is not surprising. Marc had just finished animation on the princess as well as on Maleficent. 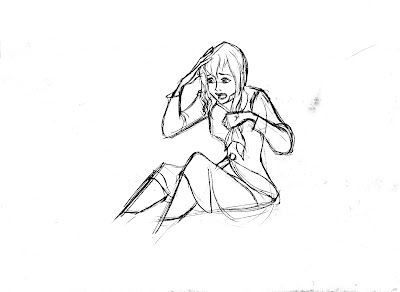 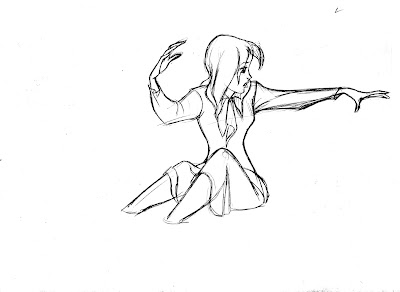 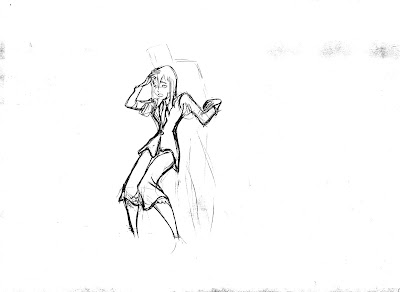 Actress Helen Stanley (who had modeled for Aurora) was filmed as she acted out scenes with Anita. 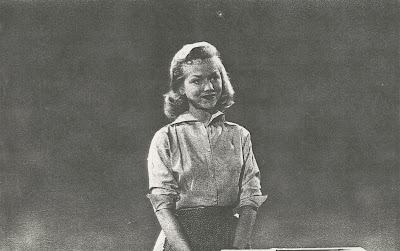 At that time Les Clark was cast to animate the human female lead, but not before Milt Kahl tried out some  character designs. These are Milt's drawings. 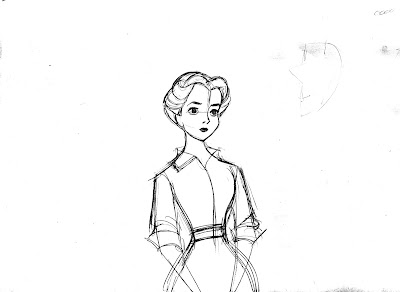 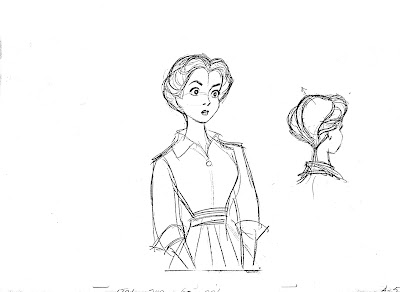 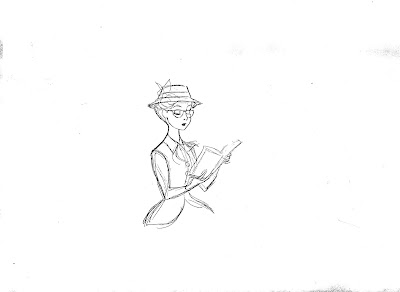 In the end Milt took over the character of Anita, and he caricatured her facial features while maintaining a sympathetic heroine type appearance. Less formulaic, too. 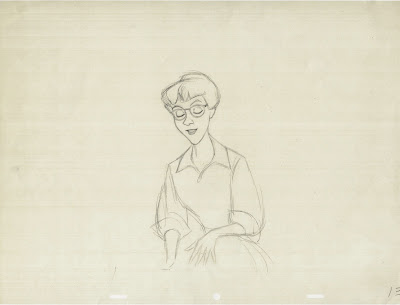 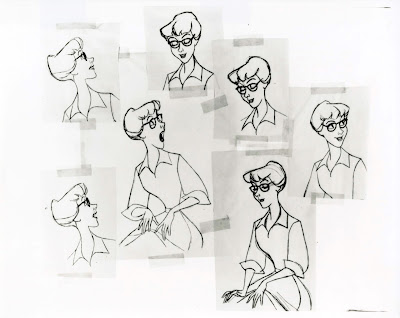 Great character design, wonderful animation and a realistic, modern relationship to her husband Roger. A triumph for a straight, female  Disney protagonist.