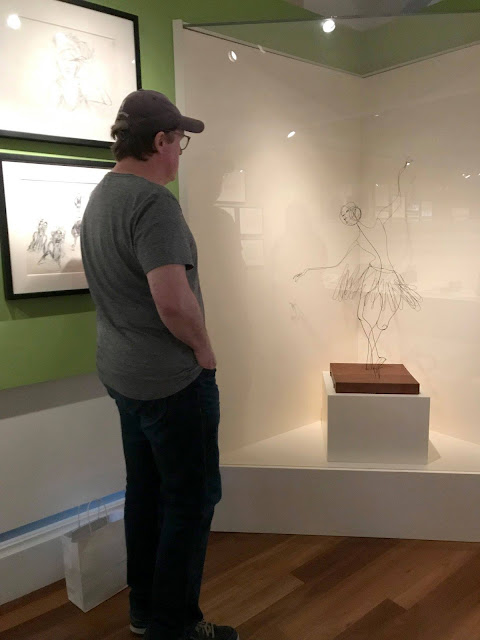 Milt asked me if I knew Brad. I said I didn't, we're talking early 1980s. He called Brad "a cute, talented guy". Milt referred to people he liked as "cute" including Walt Disney.

A few of these masterful sculptures did not survive, the moist San Francisco air made them rusty.

Brad kew Milt personally more than any of the other geeks, myself included. He sought his advice as a teenager. The wonderful thing about Milt was that once he found out that you were a serious student of character animation, he gave you all the time in the world.

There are people who claim that the old Disney guys wanted to take the secrets of greatness into their graves. Milt was not one of them.

Here is an earlier post regarding Milt's ballerinas with some filmed footage: