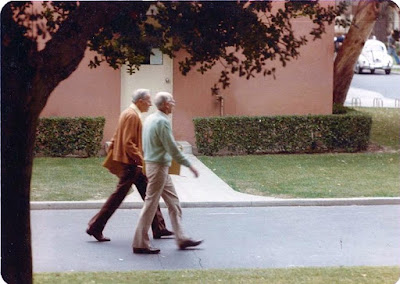 Here is a link to a terrific interview with Frank and Ollie. Michael Barrier talked to them in 1987. It is fascinating to see them both talking so candidly. This conversation is more about what went wrong during their time at Disney, and less about what went right. Since many of us know that part already, to hear about their frustrations and disappointments is super interesting.

At one point Frank talks about how difficult it was to animate Cinderella's stepmother. I had always thought that he enjoyed the challenge of drawing this subtle, powerful villain...apparently not that much. The role wasn't "juicy" enough for him. Frank criticized Milt Kahl's early character designs for Lady Tremaine. Too realistic! You can find those drawings here (followed by a few of Frank' animation roughs):