"Angus MacBadger is trying to straighten out the tangled finances of his gregarious but irresponsible friend Toad. Mr. Rat and Mr. Mole come to help when MacBadger sends out a distress signal. These drawings were done in 1941 for an earlier version of the film, which was shelved due to the war."
John Canemaker, in the 1982 publication of Treasures of Disney Animation Art.
This scene does appear in the final version of the film though. After MacBadger fights off Toad's lenders, Rat and Mole show up and escort the exasperated Badger from the front door of Toad Hall back into a study. There he collapses against a writing desk.
Milt's work is pretty rough here, and it represents his drawing style during the early 1940s. His animation roughs from Pinocchio look like this.
Of course I admire his drawings and animation from any period of his career. Wether loose like these or meticulously designed during his later years, they all show true genius. 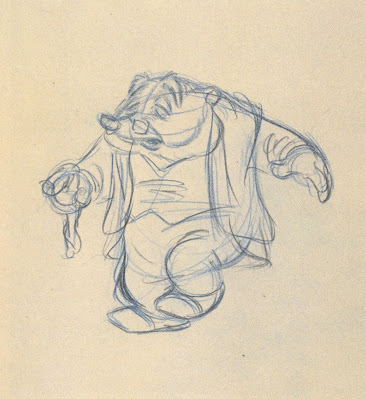 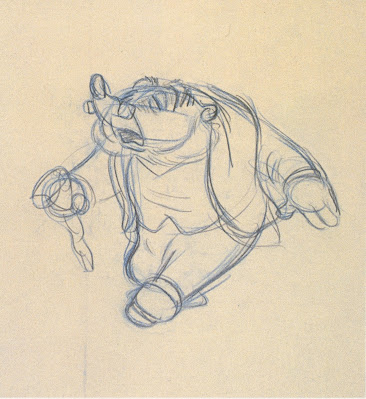 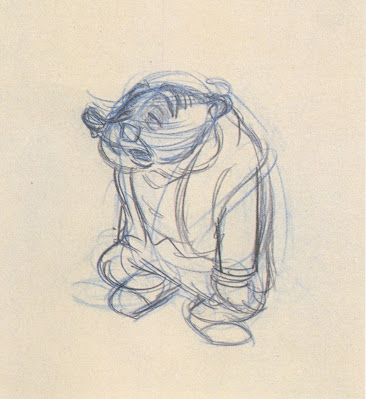 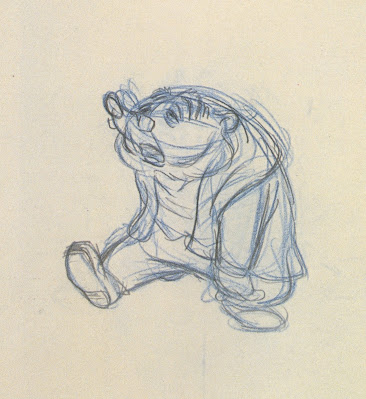 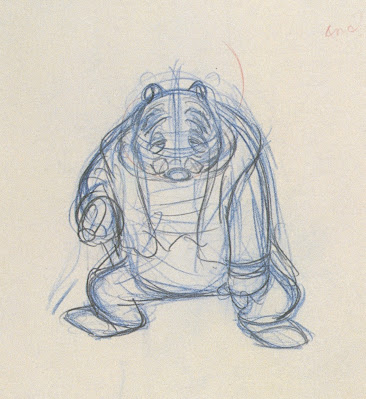 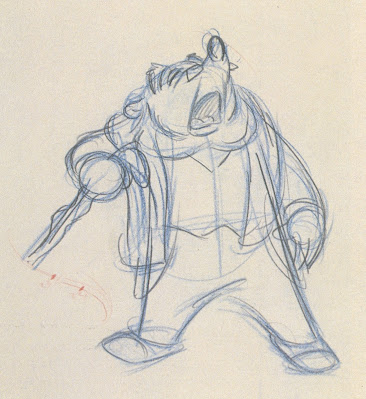 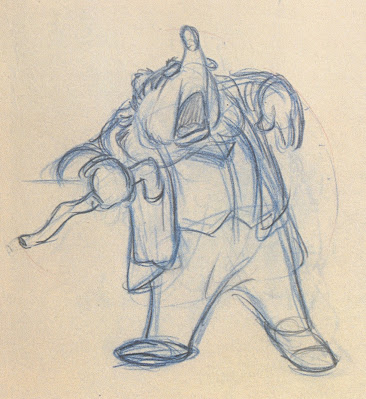 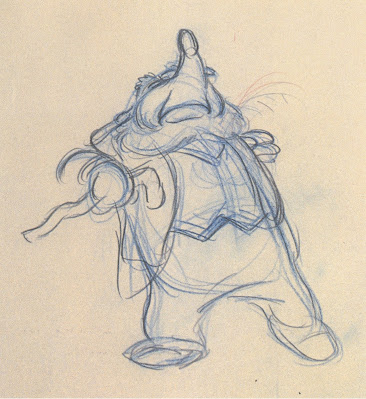 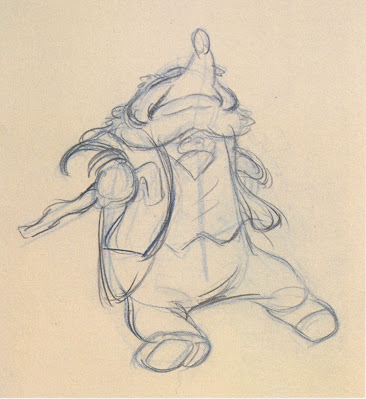 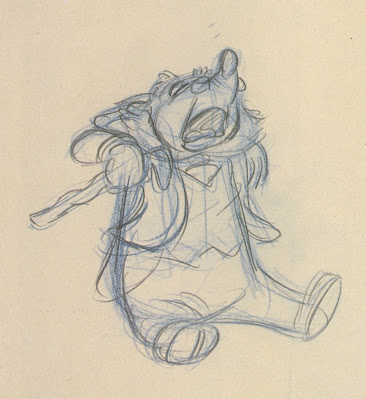 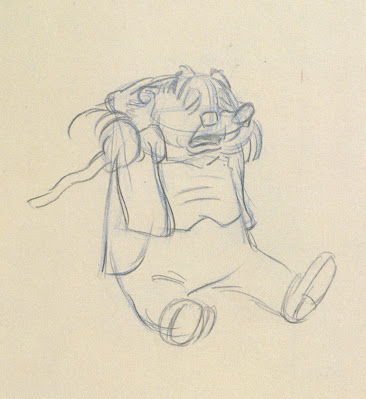 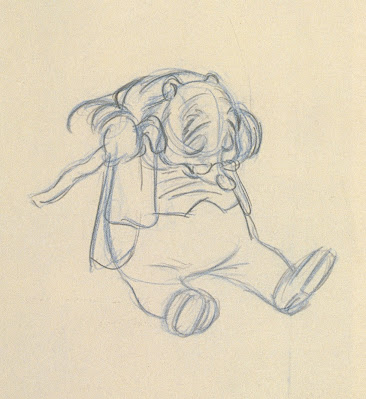