He is one of a few giants in the animation industry. At Disney he set a standard for excellence in drawing that would be unique to that studio. As Dick Williams used to say: "Milt transformed the medium". And Brad Bird pointed out that without Milt's extraordinary sense for design, Disney films would look style-less. Eric Larson told me: "We all learned from Milt, even though on occasion I disagreed with him."

Eric's disagreements would often center around acting choices, or the fact that Milt's designs were too difficult to follow. This opinion was shared by others.

Nevertheless we have to be grateful that Milt Kahl's stubborn insistence on top quality imagery elevated each project he worked on. Take Ludwig Van Drake for example. Marc Davis was originally asked to develop this new character for Disney TV shows. One of the old-timers told me that at the time Marc tried a few things...unsuccessfully. It wasn't until Milt came in and took over the assignment that Van Drake became a top notch design and personality.

Here are copies of key drawings featuring Alan-A-Dale from Robin Hood. The rooster casually introduces the film's story: "Oh incidentally, I'm Alan-A-Dale, a minstrel. That's an early day folksinger. And my job is to...tell it like it is...or was...or whatever."

What a beautiful idea to have one of the instrument's strings break during his delivery (That string is on a different drawing level.) It gives the rooster a chance to react while continuing his remarks. Great drawing...and great acting. 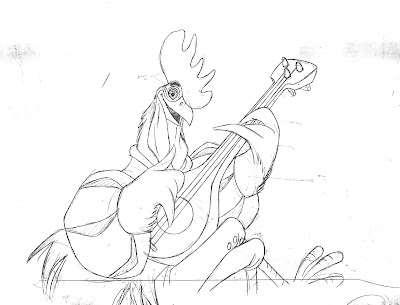 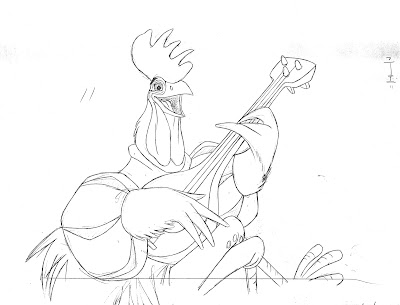 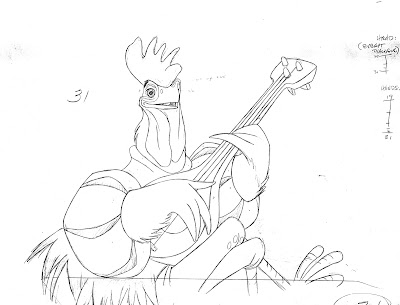 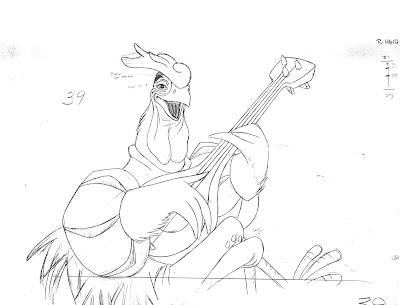 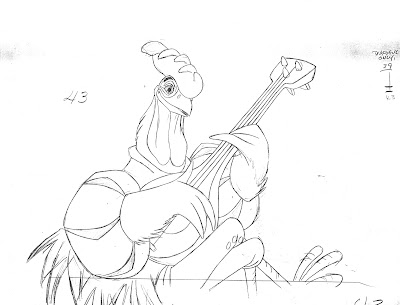 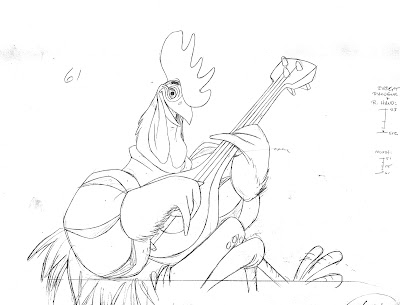 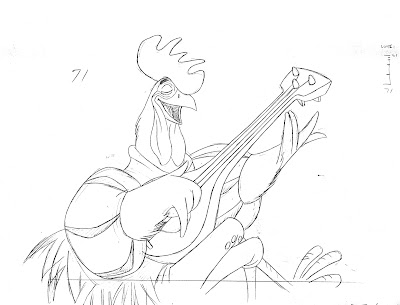 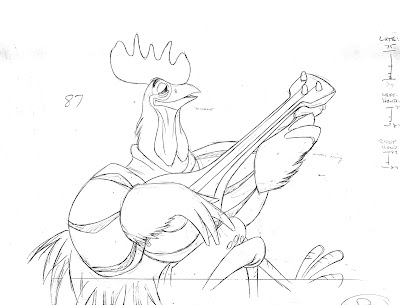 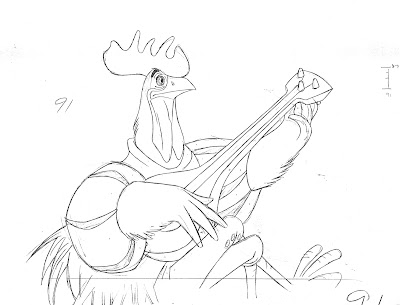 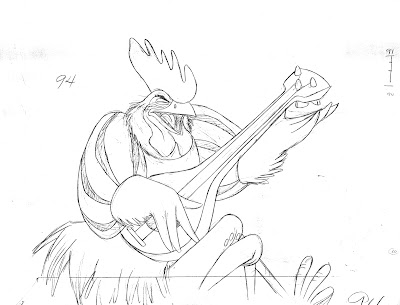 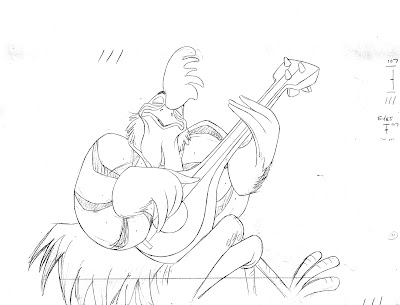 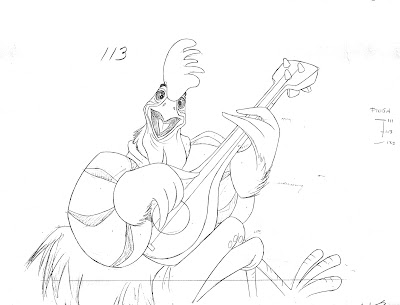 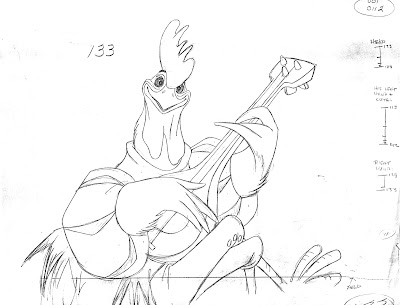 For Milt's character designs of Alan-A-Dale go to this post from a few years ago: