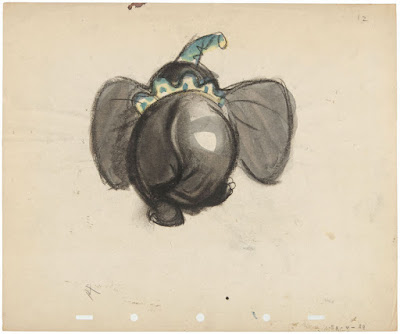 Here is a variety of artwork from classic Disney films over the years. What I love about the Dumbo sketch is the fact that even though this is a back view, it still reads like a symbol for the character. There is personality and entertainment.
Some Milt Kahl goodness from Bambi. Dick Williams told me once that he was astonished how the Disney animators were able to draw these deer with such dignity and grace. 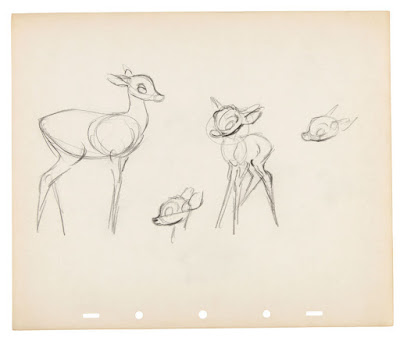 A beautiful development sketch for The Rite of Spring. Artists worked in all kinds of mediums when exploring this prehistoric world. 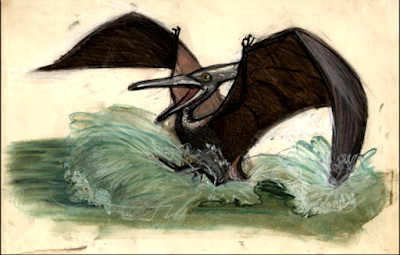 This sensitive drawing was made for the 1938 short film Farmyard Symphony. 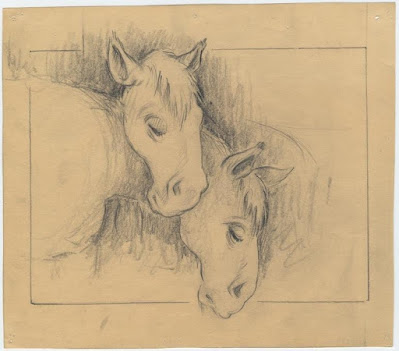 A clean up drawing of Donald Duck from a 1930s short. All of Donald's temperament is captured here.
Great fluidity, weight and dimension. Animation probably by Fred Spencer. 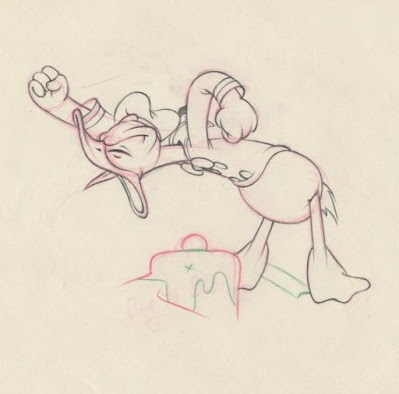 Great caricature studies of one of the greatest animators ever, Fred Moore. That young man set a new standard for Disney personality animation. 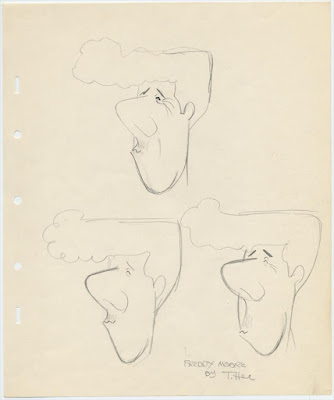 Actress Helen Stanley acts out a scene for the character of Cinderella. Live action reference can be tricky and lead to stiff results on the screen. But Eric Larson and Marc Davis knew very well how to apply the reference while maintaining fluid animation. 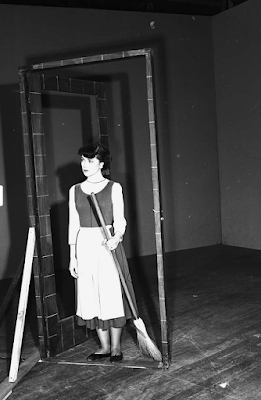 What amazing colors for Tweedle Dee and Tweedle Dum. The Disney color model department was out of this world. 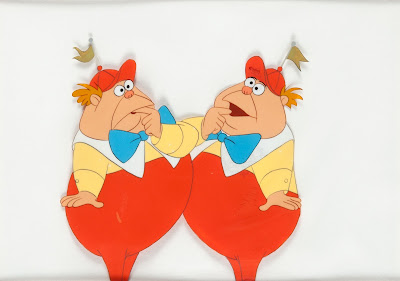 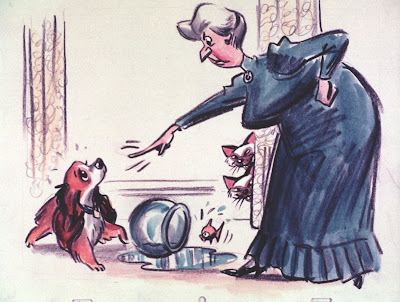 A large cel of Trusty from Lady and the Tramp. Again, beautiful colors and impeccable inking. Just a joy to look at. 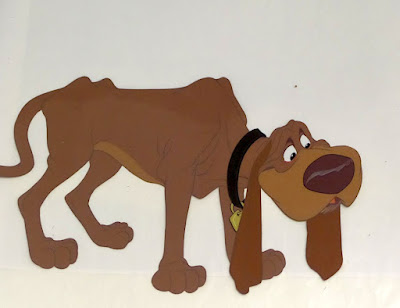 A quintessential scene from The Jungle Book. This is a touch up drawing, meaning that the clean up artist worked over a rough animation drawing by Ollie Johnston, on the same sheet of paper. Look at how thin and delicate the lines are. Unfortunately the current streaming version lost this particular quality. The film's original format was close to 4:3, but when you zoom into the image to create 16:9, you loose the top and bottom of the screen as well as the thin line quality.
Be sure to plan and visit the exhibition of Walt Disney's The Jungle Book, Making a Masterpiece. It opens next month at the Walt Disney Family Museum in San Francisco.