This scene in which King Louie is offering Mowgli "two bananas" was animated vertically on 16 field paper. It makes sense, because the camera moves from a medium close up down to the feet, as they shoot off one and then another banana toward Mowgli.

I love King Louie's facial expressions, You can see on some of the in-between drawings that his eyes used to be a lot smaller, and he was almost bald. As I mentioned before, Walt asked for those changes. According to Dave Michener, who assisted Milt Kahl on Jungle Book, Milt was not in the mood to take care of these alterations. He told Dave:"You do it!"

I also really like the way King Louie's feet squeeze the bananas and turn them into fruity projectiles. The Jungle Book is full of these kinds of personality gags. 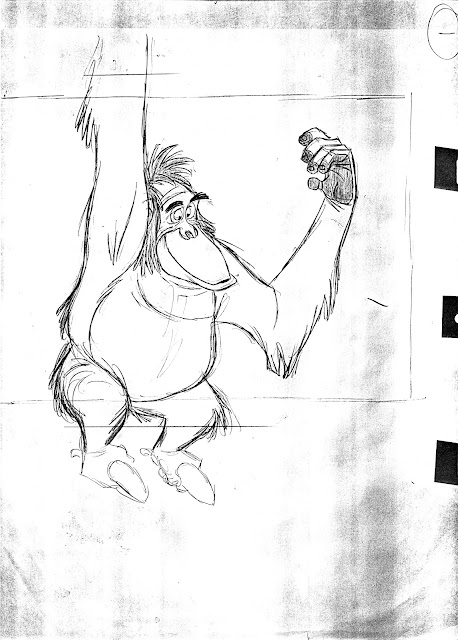 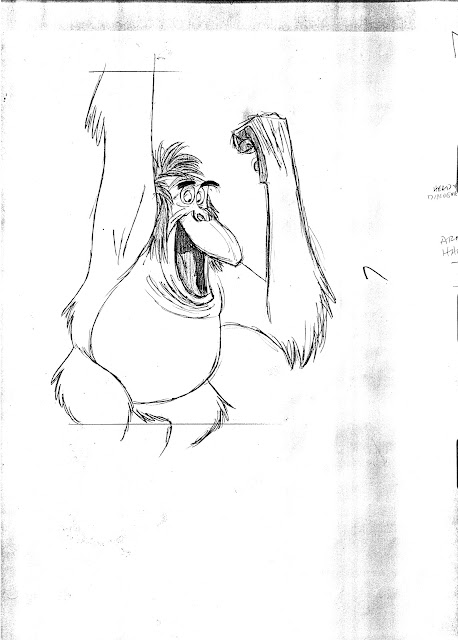 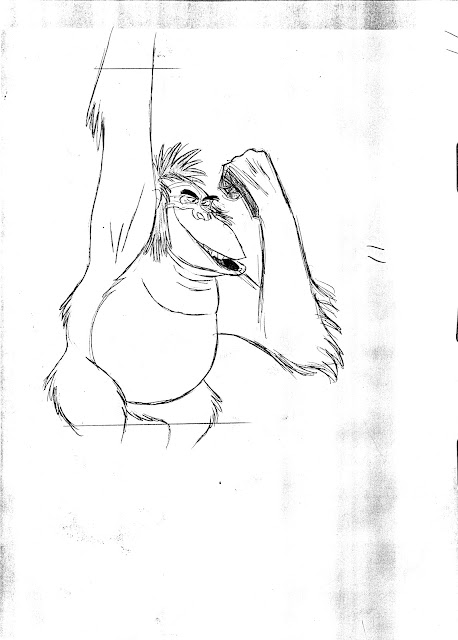 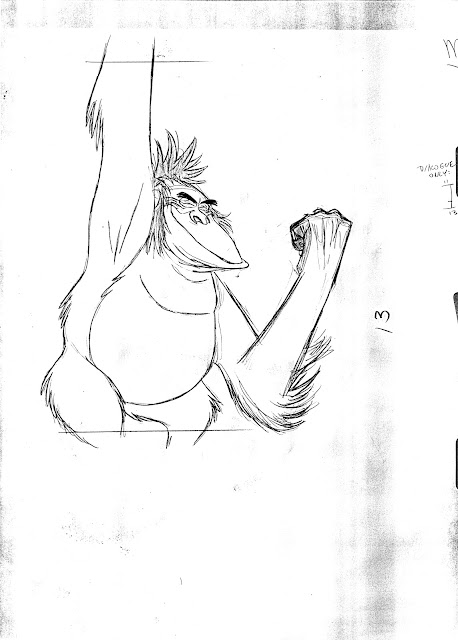 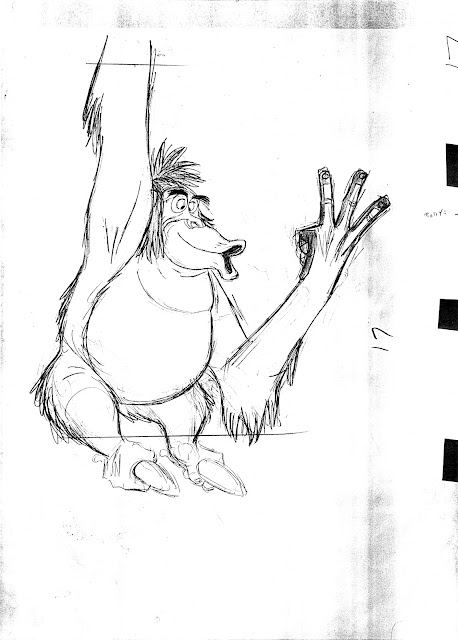 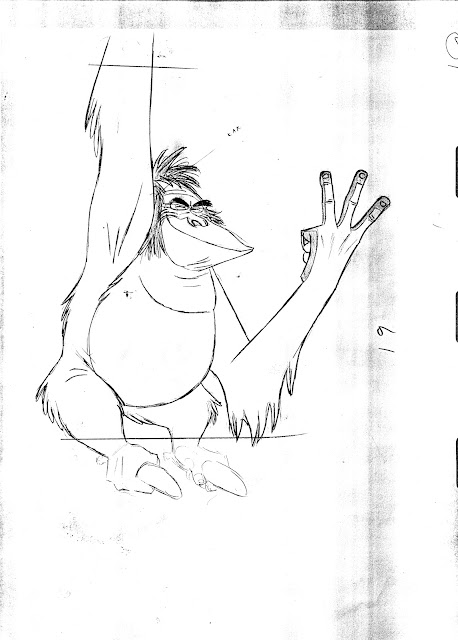 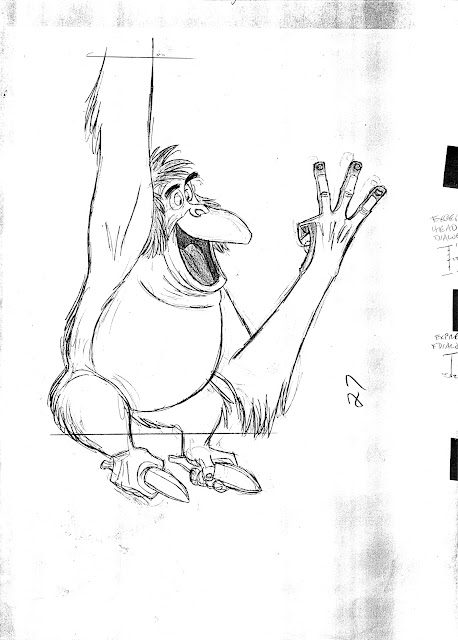 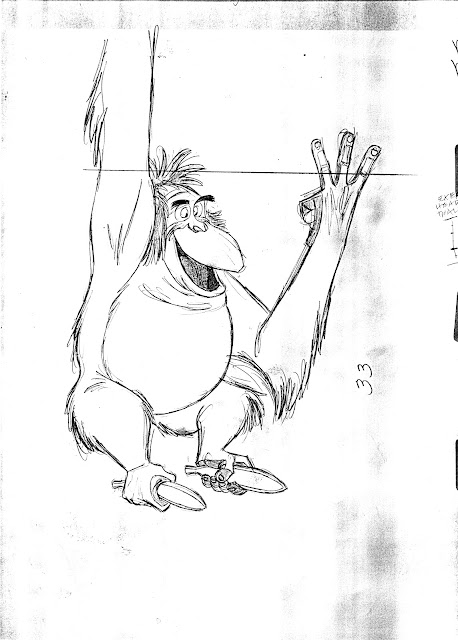 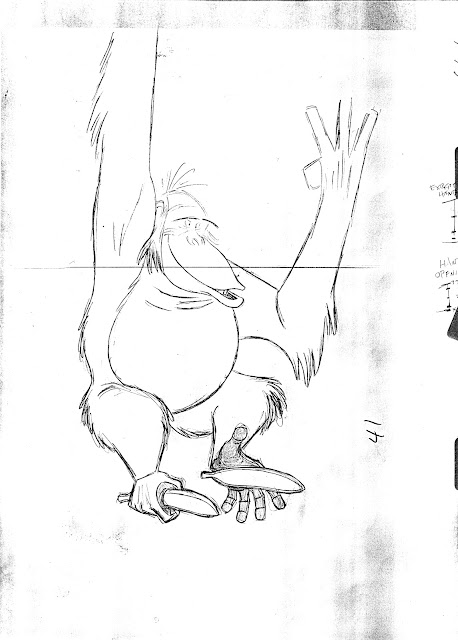 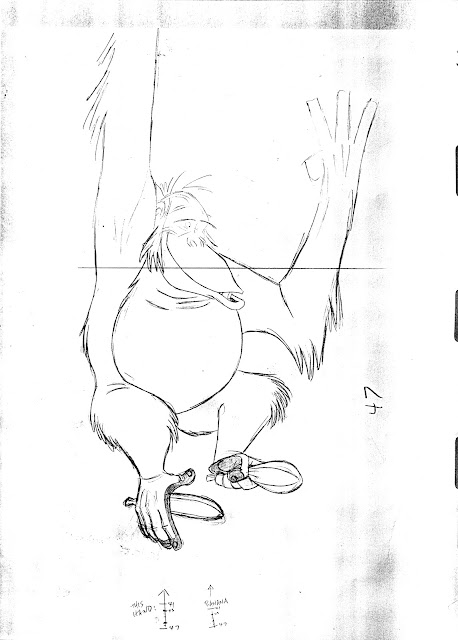 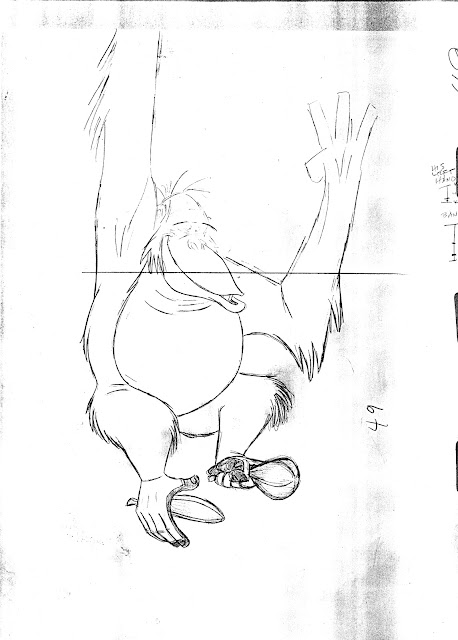 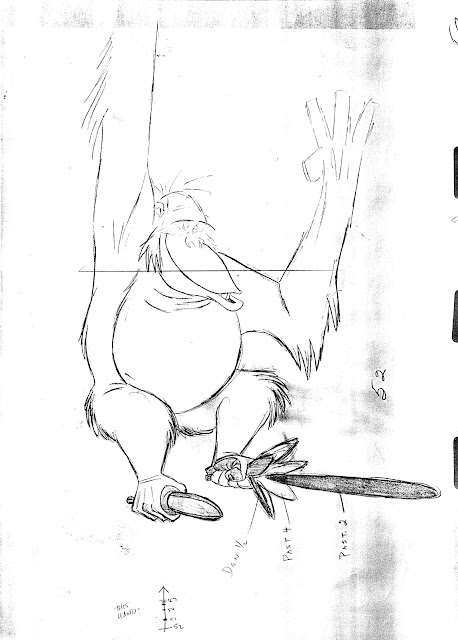 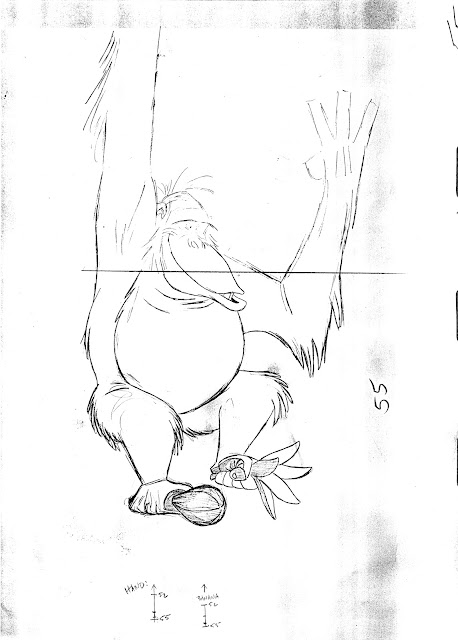 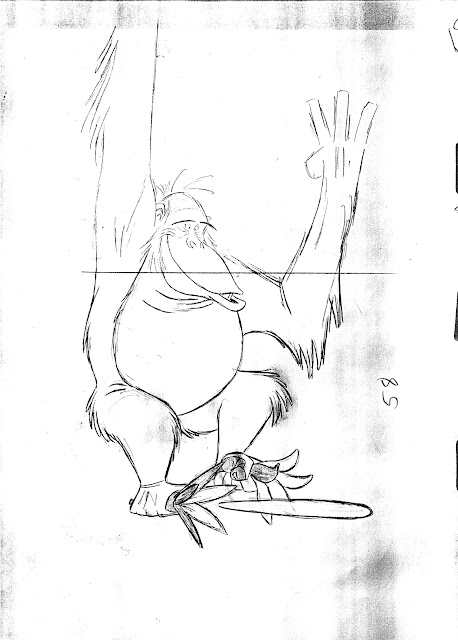