"What beastly luck! Confound that ridiculous Colonel Hathi!"
Those are Shere Khan's first words in The Jungle Book. He had been stalking a deer when suddenly Colonel Hathi with the Jungle Patrol comes marching by.
Milt Kahl of course animated this scene, and these are copies of his rough animation drawings. Milt again applies his signature head shakes for the character, which works well here because of the disapproving statement in the dialogue.
His rear body is on a single held cel. 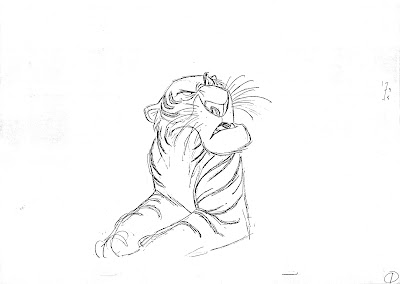 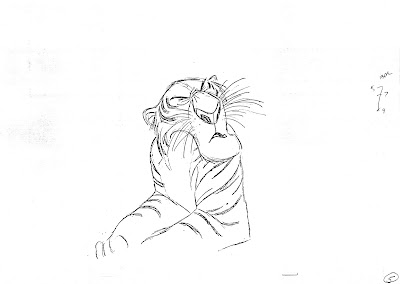 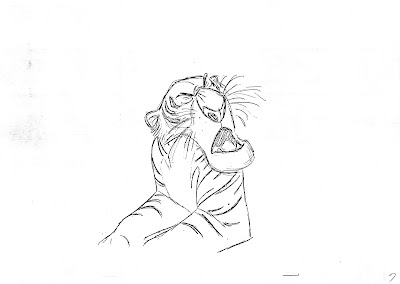 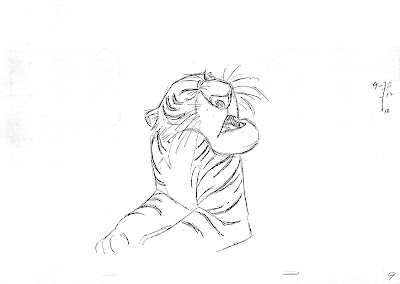 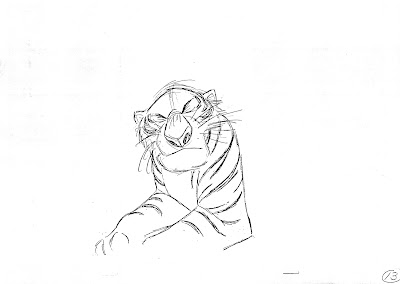 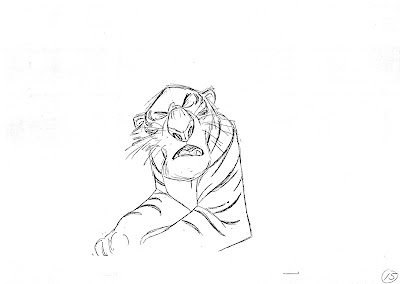 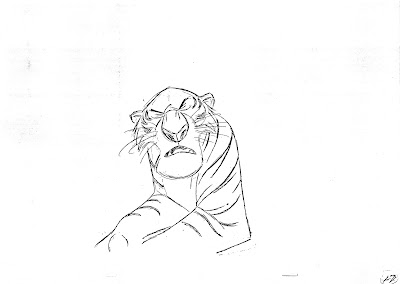 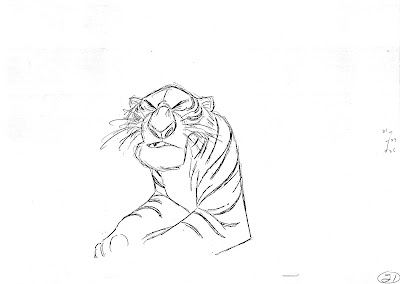 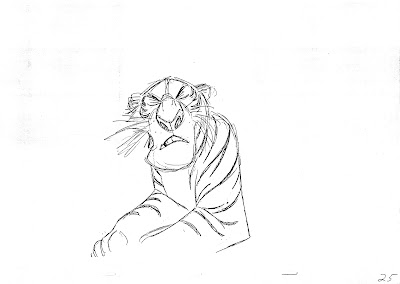 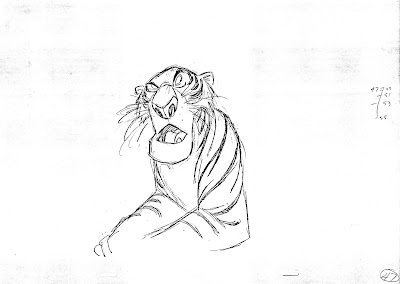 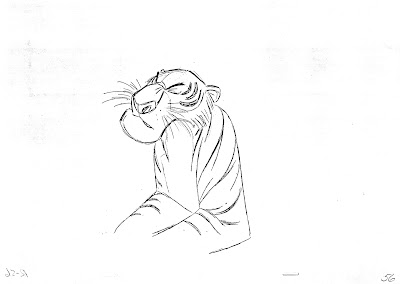 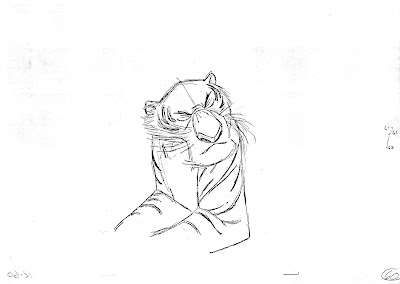 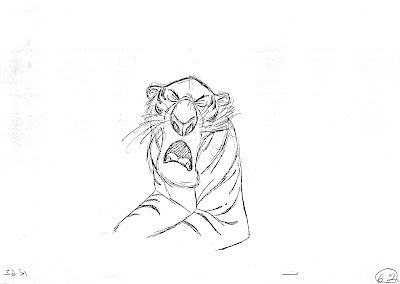 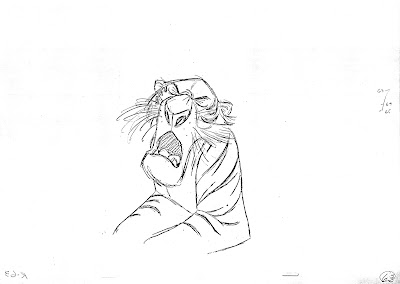 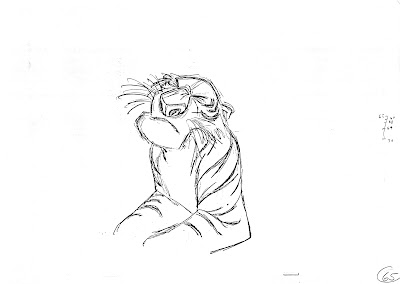 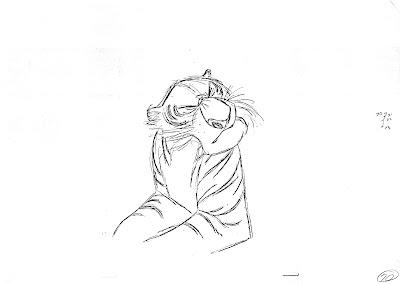 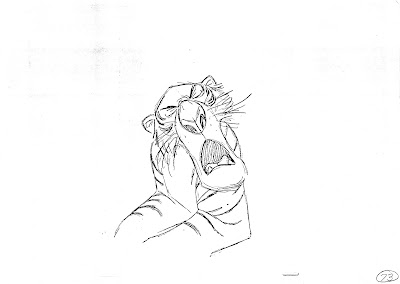 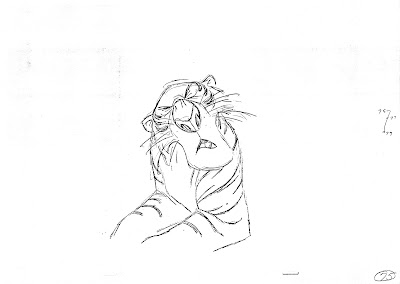 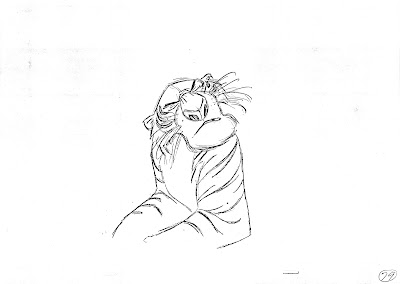 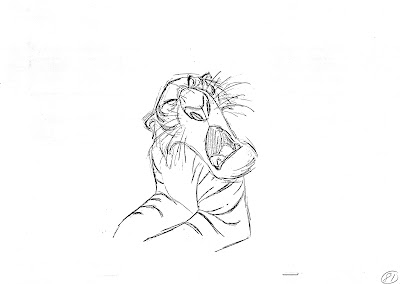 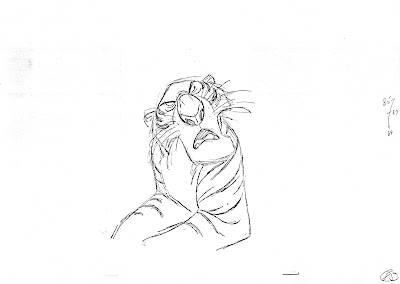 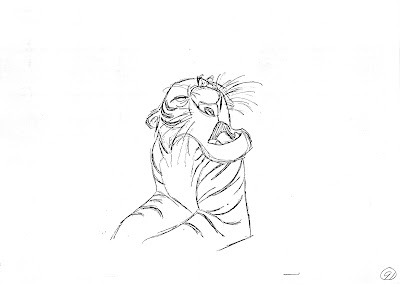 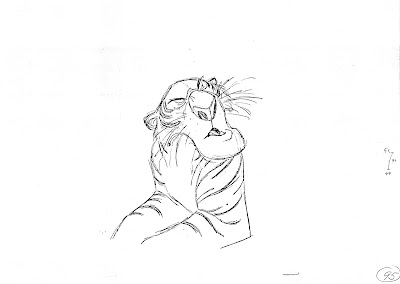 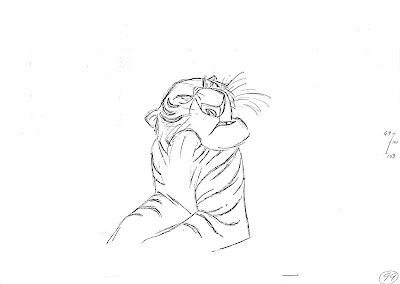 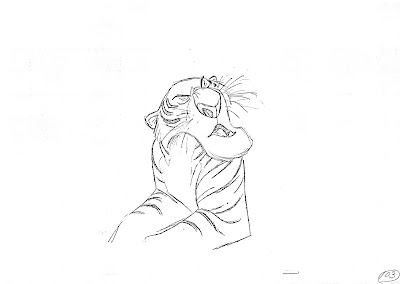 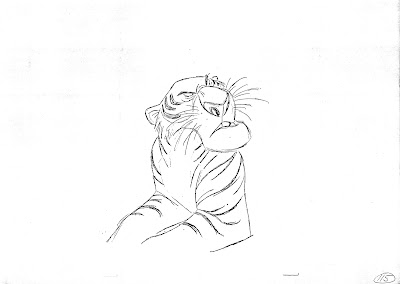