The Jungle Book is 55 Today 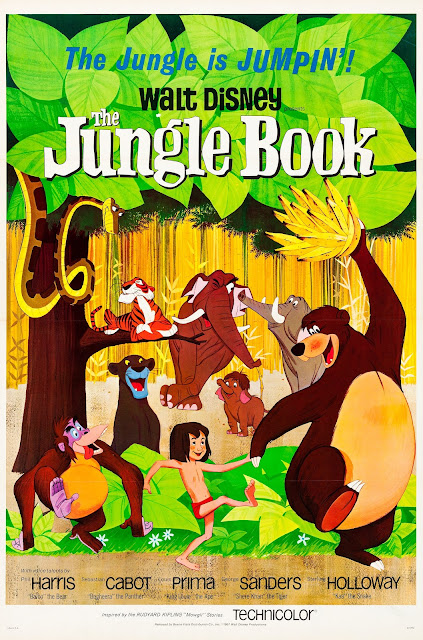 The year 1967 saw movies like Guess Who's Coming to Dinner, The Dirty Dozen and Bonnie and Clyde. And then there was Disney's The Jungle Book. Actor and Academy governor Gregory Peck was so impressed by this animated film that he lobbied for it to be nominated for Best Motion Picture at the Academy Awards the following year.
Here are a few character cels from this remarkable film. 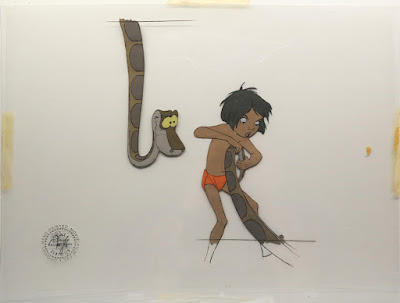 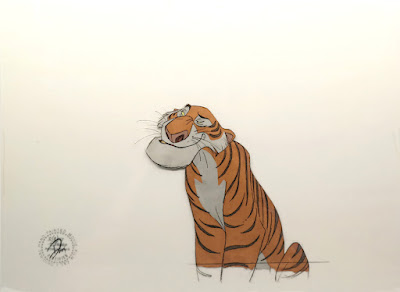 If there is ONE tiny thing I would have changed in the film, it's the appearance of the deer Shere Khan is stalking. I am not bothered by the fact that this is re-used footage of a scene with Bambi's mother. But since the deer in India (Chital deer) show spots on their back, it would not have broken the bank to add just a few of those markings. The character would have fit much better into an Indian jungle setting 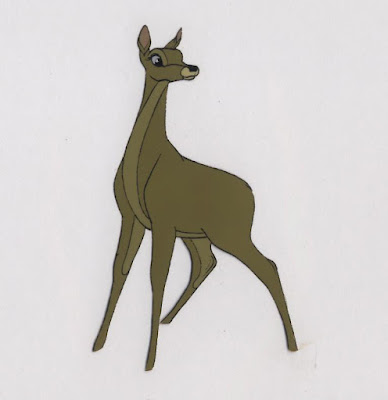