Hook, through the eyes of Five Animators 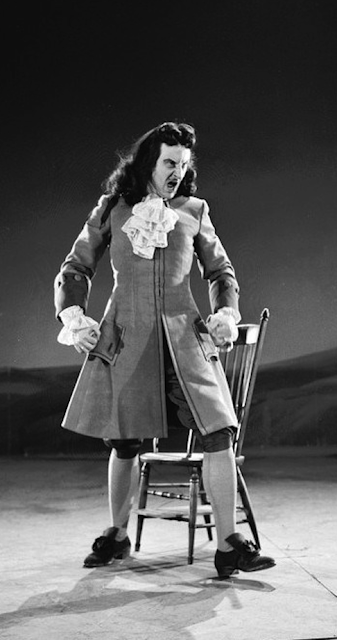 We know that animator Frank Thomas was responsible for bringing Captain Hook to life with nuanced as well as broad acting. Frank would say that it took him a little while to find the right balance between comedy and villainy. Actor Hans Conried  provided live action performances that served as a springboard to rich character animation.
Originally it was Milt Kahl, who thought he would be perfectly cast on the character. He created model drawings like these that show how he would handle Hook in design and animation. 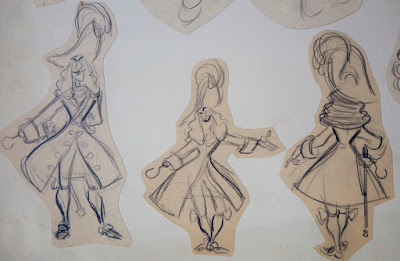 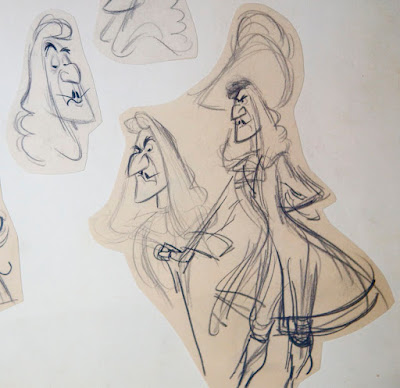 But in the end Walt Disney wanted Thomas to take over the part of this villain, even after Milt had put down some of Frank's early test animation. Walt knew that Milt's talents were needed on the film's title character...and the rest is history.
Frank's acting on Hook is superb, we constantly know what the character is thinking from the first time we see him in the film. Here is a link to the clean up pencil test of that scene: 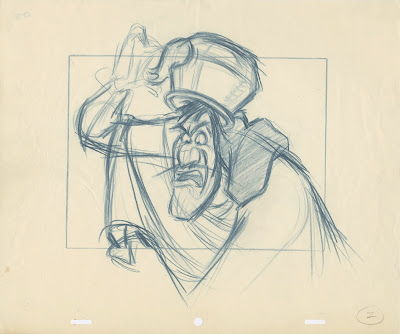 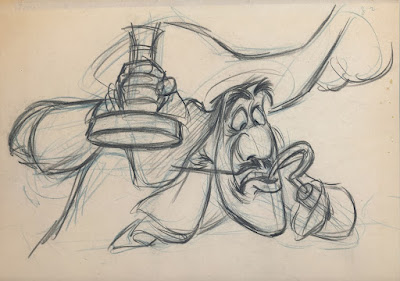 Occasionally Frank asked for Ollie Johnston's advice when it came to finding the best staging for a scene with Hook. The note on the bottom right says: Ollie did this for me. 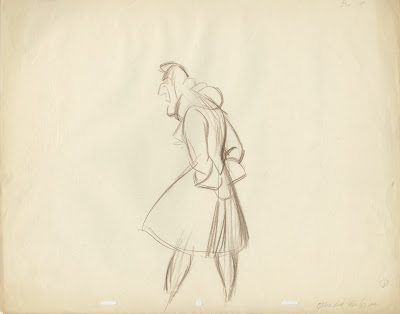 John Lounsbery animated a few Hook scenes early on in the film, like this one, when Hook calls for action against Peter Pan, who has just been sighted.
Beautiful rhythmic drawings. 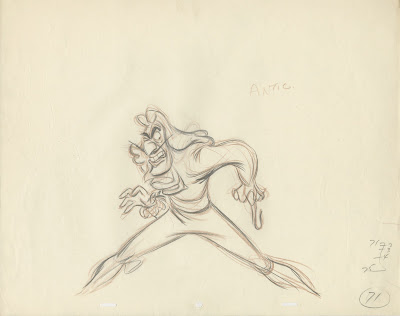 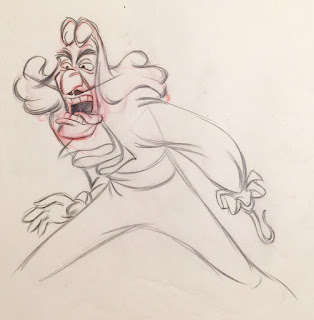 Woolie Reitherman focused mostly on action/fighting scenes. As you can see he is in these two roughs, Woolie is in full control over the character's broad motion range. 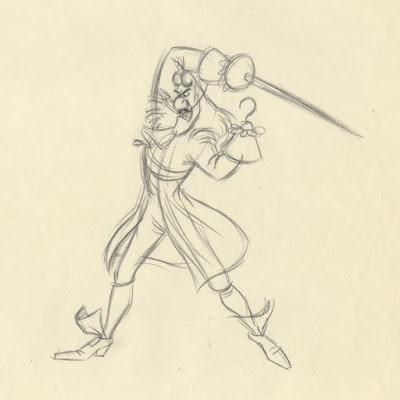 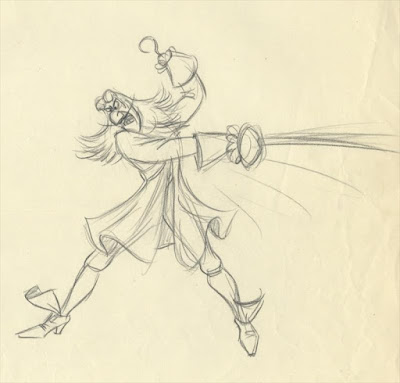 But...Woolie was perfectly capable of handling the occasional acting close up. Most Disney animation aficionados credit Frank Thomas for animating this extraordinary scene, but this is Woolie's animation. It is seq. 14, sc. 79. Hook climbs up the rope ladder in pursuit of Peter Pan: "Ha, ha, ha, you wouldn't dare to fight old Hook man to man. You'd fly away like a cowardly sparrow." 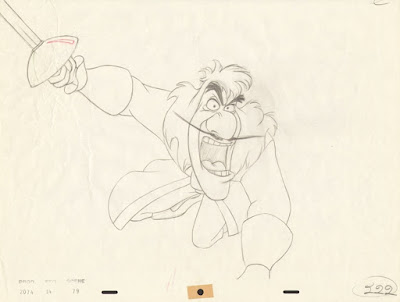 A film frame from one of my favorite Thomas Hook scenes. A controlled pose just before he is about to explode in response to Smee's suggestion that shooting a man in the middle of his cadenza ain't good form. 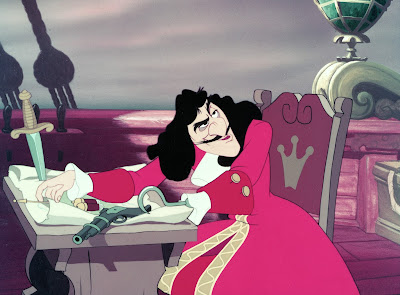