Eric Larson animated this scene in which Cinderella enters frame with a teakettle and starts pouring hot water into one of the teapots.
Photostat and final image might be a couple frames off, but you can see Eric's graphic choices bases on the live action reference. Cinderella's head is tilted more toward camera so that her face is easier to read.

Amazing that the prop trays and cups are exactly aligned for the animation. But then again they had to, since their arrangement are an important part of this gag sequence involving Lucifer.
One thing I noticed is that the inking of the saucers on the cel looks poor, the ovals are all off.
This movie was rushed through production, and sometimes it shows.

But who cares, when you have such a great story and beautiful character animation! 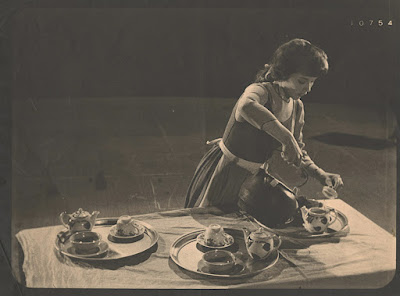 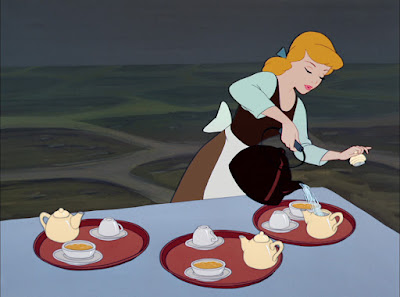