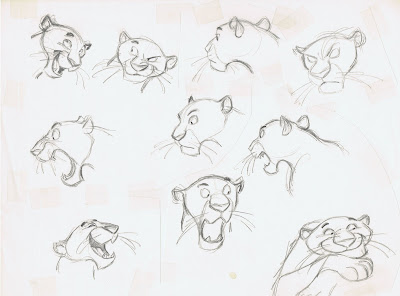 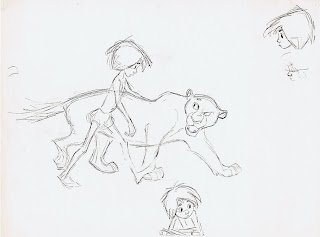 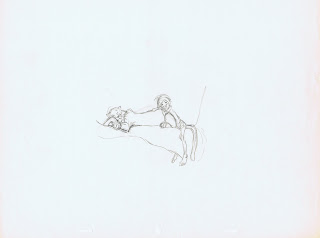 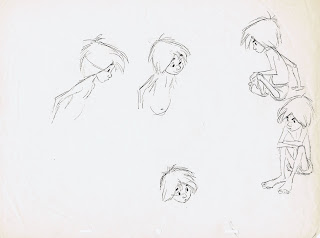 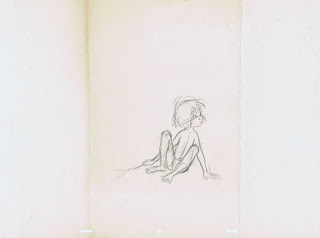 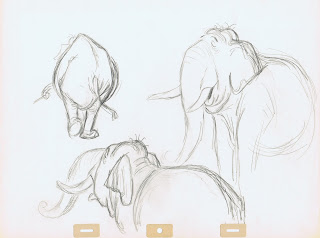 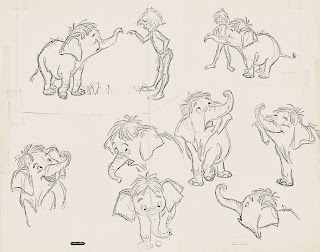 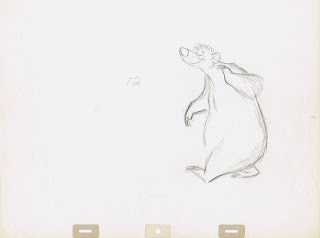 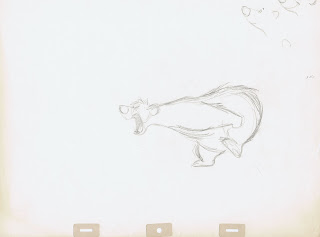 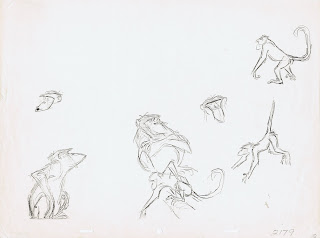 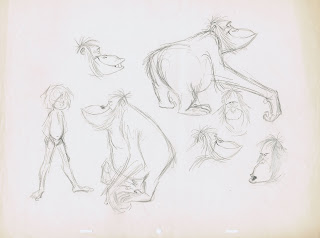 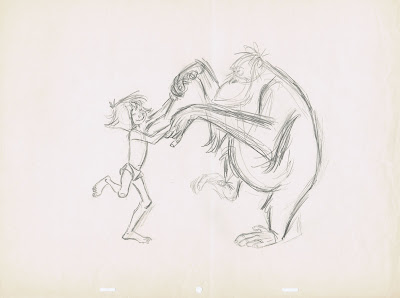 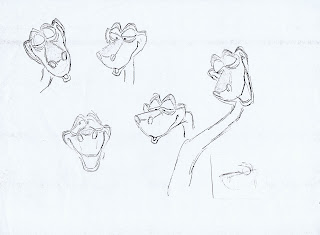 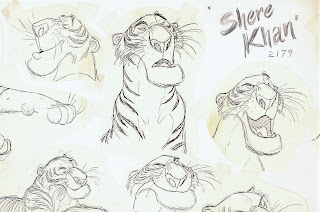 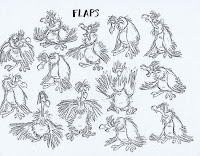 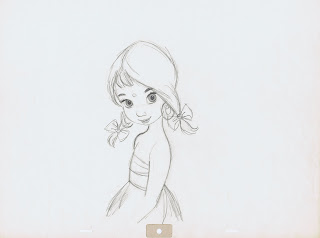 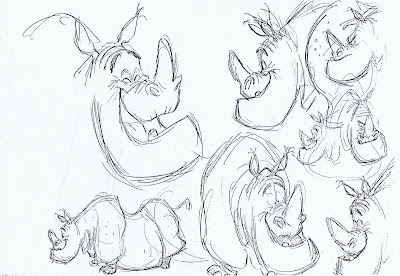 This is a scene I did a while ago, before we really got going with animation for
"The Princess & the Frog".  It was based on story work  that was current at the time, but was later changed and improved.
It's always good to do a few test scenes in order to get to know your character.
Usually it takes me 5-6 scenes before I feel comfortable with what I am doing.
I am showing you here the first pass pose test followed be the tied down inbetweened version.
There are also scans of the main key drawings.
Looking at the scene now, if it were production, I would probably punch up the timing here and there.
Mama Odie was a blast to animate. With a character concept like this one, and the voice recordings of Jennifer Lewis....how much better does an assignment get?
Though originally I thought that her eye glasses would present a problem.
How do you show emotional change without eyes? It turned out that her eyebrow wrinkles would work well enough to show the mood she is in.
And "loose flesh" was the name of the game. The more her fatty neck reacted to her overall motions, the better. I probably could have pushed that in production scenes even more.
Anyway, in this scene Mama Odie talks to the off staged frogs, showing her enthusiasm for candy. At the end she interrupts herself when she smells the
burnt gumbo.