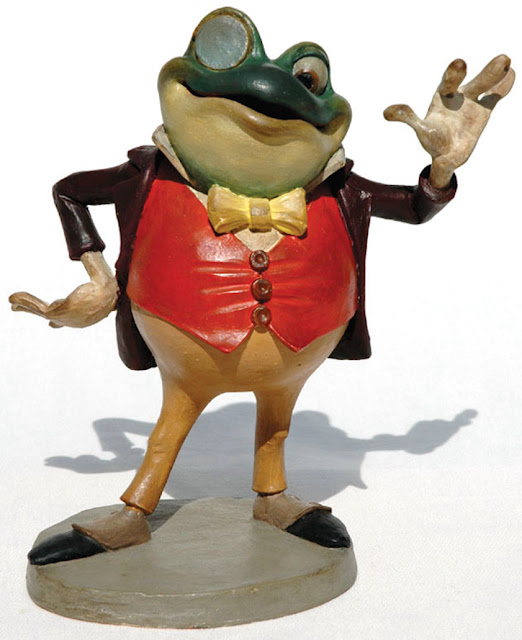 Disney's version of Kenneth Grahame's book The Wind in the Willows is one of those few productions that I would label as a good film, but not a great one. First conceived as a full feature film, before being cut down to featurette length, the trouble the story guys had with getting a hold of the material is evident to me. The whimsical quality of the original book never made it to the screen.
(Many years later Winnie the Pooh succeeded more on that level).
You get to know Toad, Rat and Mole only to a point, perhaps this should have been a full length feature to allow for deeper character development.
That being said...I love watching the film , because there are many animated highlights. Milt Kahl's Angus McBadger, Frank's Toad animation and the trial sequence are just terrific. Well worth studying frame by frame.
The overall character designs are pretty nifty as well, with the exception of bartender Winkie, who looks like a stock character. 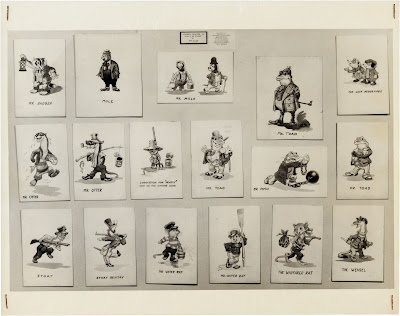 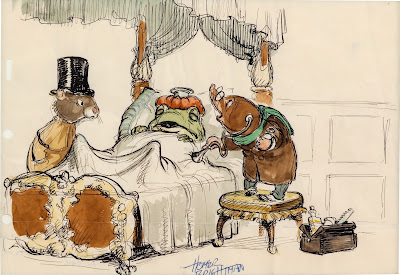 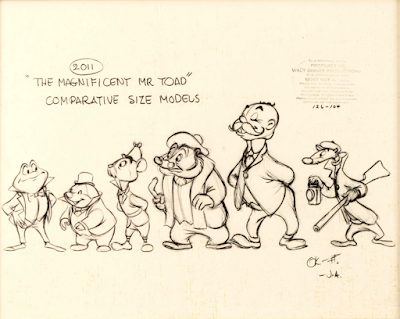 And a clean up model sheet using poses from Frank's animation. Milt had something to do with the way hands, clothing and facial expressions are drawn. 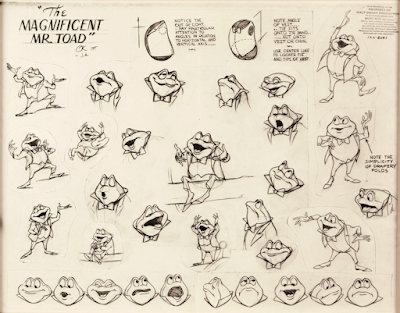 What a beautiful sketch from the film's prologue. That's what I call great staging. 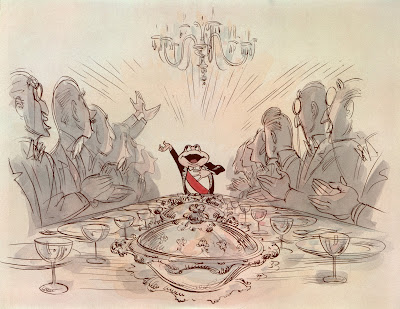 A Life Magazine article, published around the time of the film's 1949 release. 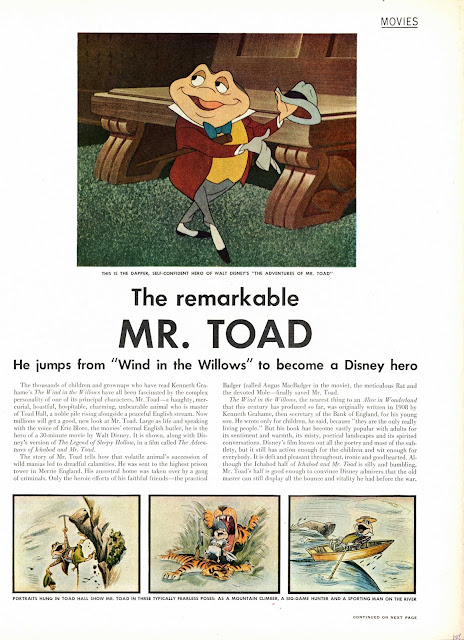 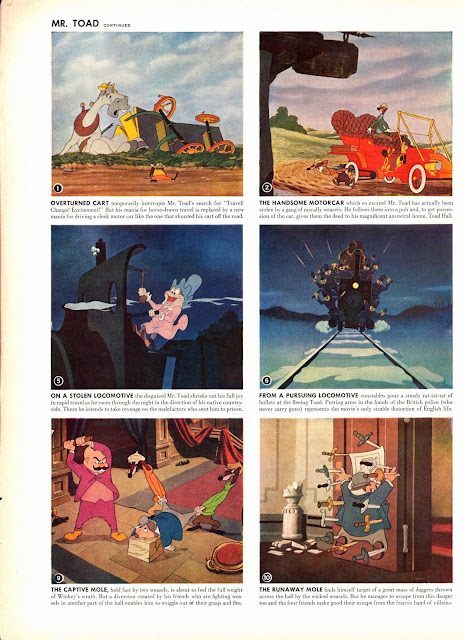 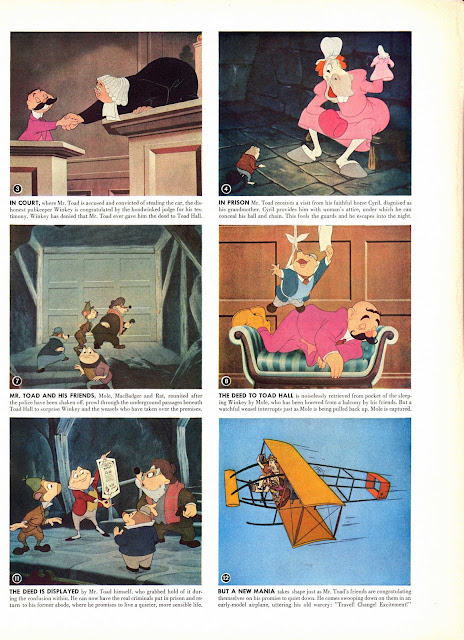 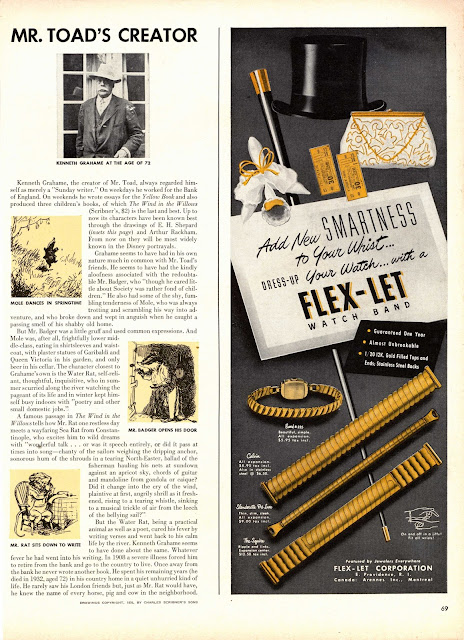