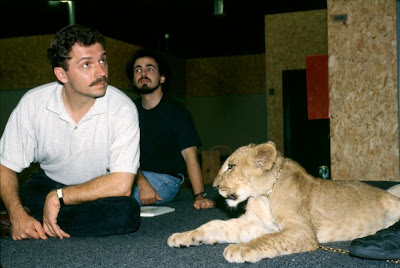 …not at the zoo, but in the office!
Before production began on Lion King, the studio came up with a great training program on how to draw the animals that would appear as characters in the movie. We sketched at the LA zoo, spent a day at Shambala, Tippi Hedren's Big Cat Reserve and went down to visit the beautiful San Diego zoo.
All that was very helpful, but you can only get so close to wild animals when you draw them in their enclosures. So we all got psyched when it was announced that we would have the opportunity to draw real lions in one of our conference rooms. What a thrill!
The animals came from a ranch near Los Angeles, where they focused on training a variety of creatures for work in movies, commercials and music videos.
It was an amazing experience to see the lions up close in our environment.

To get us started we were presented with a lion cub first. "Aaahhhhh" everybody went. "How adorable!"
Huge paws, fun to draw. 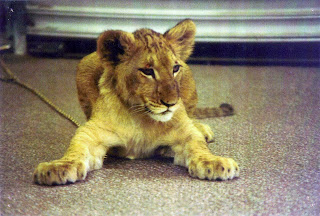 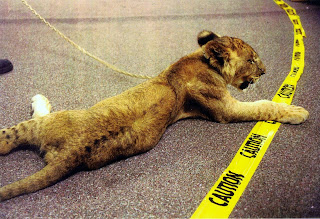 The room became quiet when this young female came around the corner to take the stage. She was definitely checking us out. Nothing feminin about a lioness, she was muscle packed.
As you know, in the wild the females do the hunting, so they need to be strong and powerful. 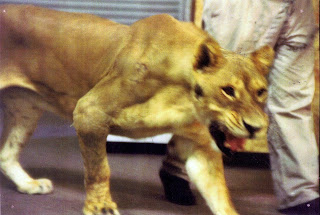 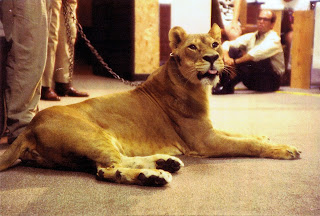 We all gasped when this seven year old male showed up. "He's been fed, right?" somebody asked.
His name was Joseph, and he was gigantic. Apparently he had been in a Michael Jackson music video. Joseph didn't give us his moonwalk impression though, we were just fascinated by his presence. Everything is about weight with a large cat like this one, from lifting his head to moving a paw, everything looks heavy. 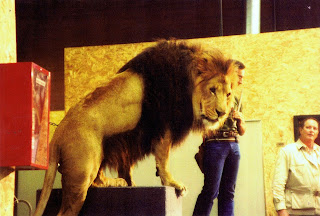 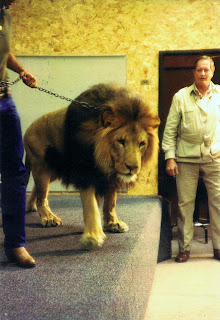 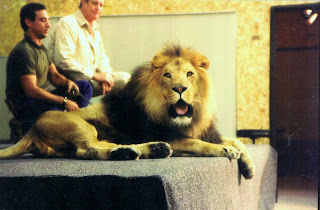 A group photo with Joseph, his handler, animal expert Jim Fowler and the film's directors Rob Minkoff and Roger Allers. 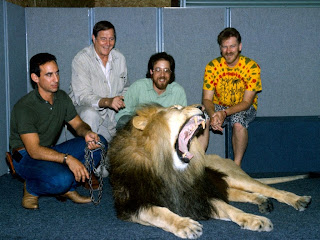 The group sketching away. Sometimes we were charmed, other times the lions took our breath away. 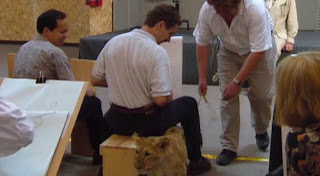 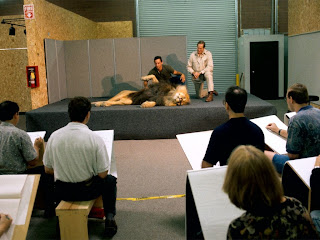 That's Jeffrey Katzenberg, at a safe distance, but across the safety line!! 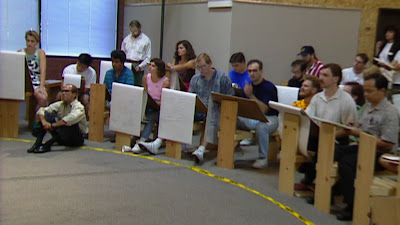 A few pages with some of my lion sketches. 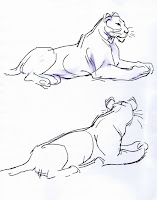 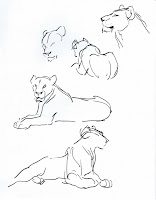 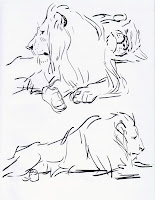 Since I was the lucky guy to be cast on the villain Scar, I studied films and photos of voice actor Jeremy Irons. I thought that there was something in his facial features I could apply to the design of Scar. Dark circles under his eyes and distinctive mouth shapes.
This was the first drawing I made, and I think he starts to look like Irons, but there is also some Jafar leftover.  That needed to go. 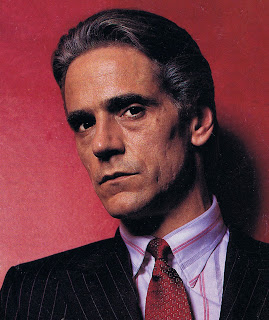 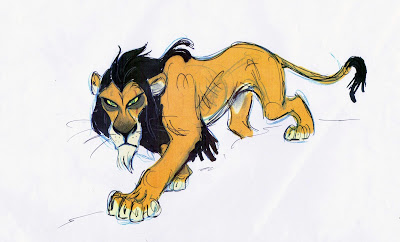 The one adjustment I made was adding cheek hair. It just looked better against his black mane. 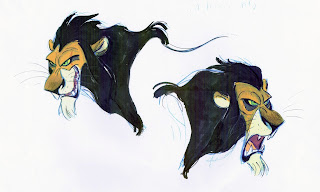 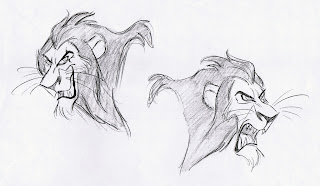 Various model sheets showing basic anatomy, the design of his mane and clean up keys from a dialogue scene: "I despise guessing games". 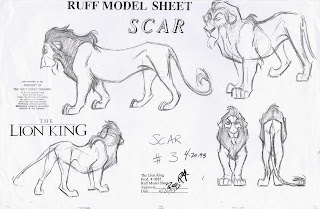 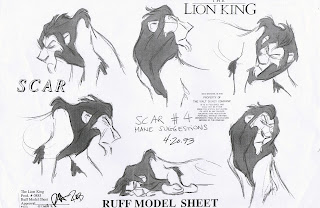 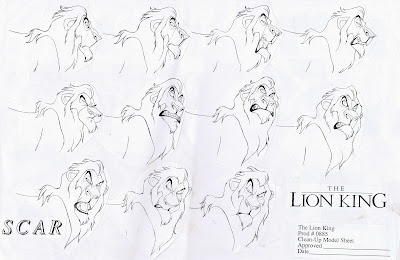 Jeremy Irons really is one of the great actors of our time. The way he shaped Scar's character was astonishing to witness. He brought intelligence, humor and pure evil to the part. And he could make any written dialogue sound great. I have said this before, if Jeremy reads the commissary menu, I'd want to animate that. 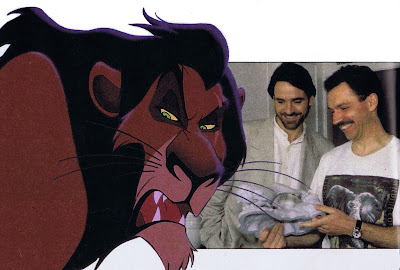