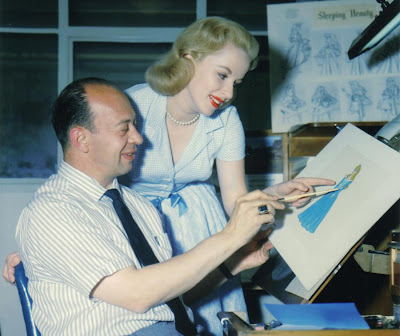 A beautiful photo of animator Marc Davis with Mary Costa, the voice of Sleeping Beauty.

Mary was in her early twenties when she auditioned at Disney for the role of Princess Aurora in 1952. She was asked to return to the studio many more times to record dialogue and songs for the character, Sleeping Beauty was in production for an unprecedented period of seven years.
It is interesting to see that Marc Davis started out drawing her as a sixteen year old girl, the age she was supposed to be. The first image shows a youthful innocent girl with the facial features of a teenager.
For some reason though the final design ended up looking a bit older, reflecting Mary's actual age.
Aurora's proportions show a young adult woman, and her jaw was given more volume.
I have a feeling that Walt Disney himself might have had something to say about the look of the title character.
The rough animation drawings by Marc portray Aurora being distraught after being told by the Three Fairies that she has royal duties as a princess. She would never see "that young man" again whom she had met in the forest.
Loosely based on live action reference there is great clarity in the staging of this scene. The character styling of this film pronounces vertical and horizontal lines.
And Marc Davis handled those head turns and angles beautifully.

Though not a box office smash in its initial release in 1959, Sleeping Beauty is a Disney film that seems to hold up and look better each year. 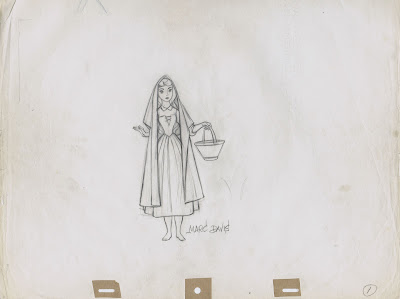 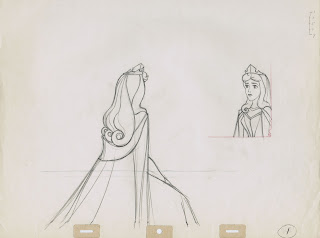 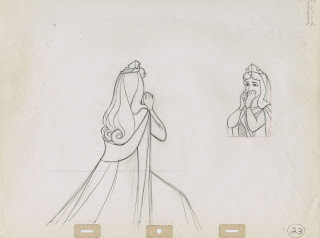 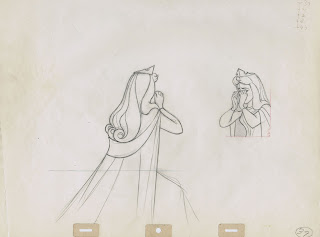 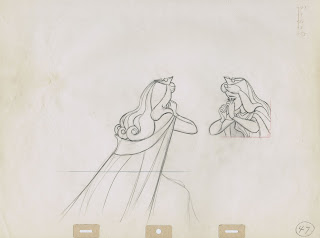 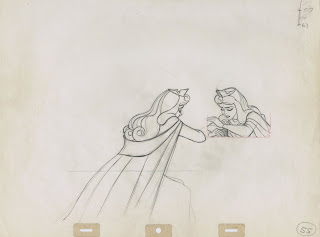 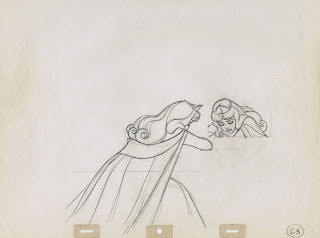 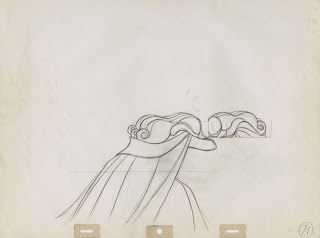