By now many of you have probably read obituaries for British illustrator Ronald Searle, who passed away late last year.
All I can add here are a few masterpieces which I acquired over the years.
Come to think of it, Searle's work has always been an important inspiration to me.
And because he was so prolific, there is much to admire. 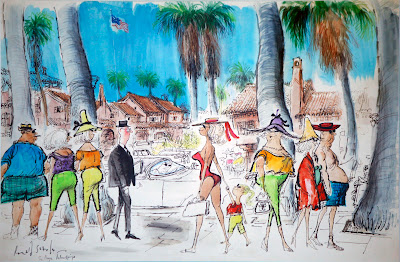 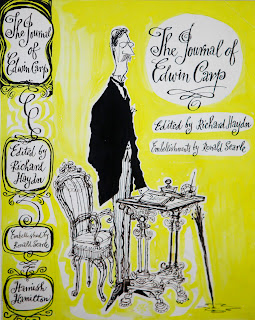 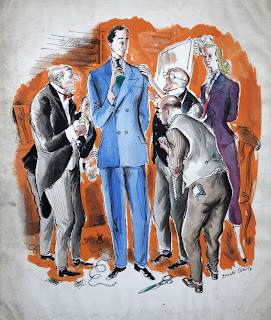 The connection to Disney Animation is apparent to everybody with an eye for design and caricature. As you see in the photo, Searle visited Disney Studios
(in 1957), where he spent time with Walt and the animators. It was Ward Kimball
with whom he stayed in touch with over the years. Kimball kept a large framed Searle drawing, depicting a very old Mickey Mouse, in his living room. It was a gift.
Searle's graphic influence can be seen in Disney short films like "Toot, Whistle, Plunk and Boom", "Pigs is Pigs" and others.
The feature "101 Dalmatians" looks like it was art directed by Searle. Ken Anderson sure knew how to apply the Searle style to that film. To this day "101 Dalmatians" remains the most visually gutsy, most modern and avant-gard looking Disney feature.
Chief character designer and animator Milt Kahl admired Searle as well. Both artists were true masters of the line. From Madame Mim to Madame Medusa,
there are visual influences. I wonder if Milt had ever seen the Searle illustration of Lucille Ball for TV Guide from 1966, when he designed Medusa a few years later.
Conceptually there are parallels, the wild orange hair, big eyes, arms and legs like sticks etc. 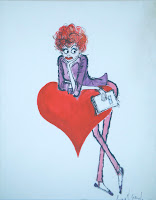 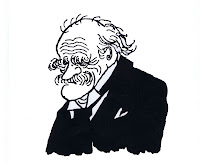 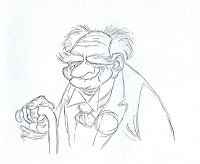 I don't think there is any doubt here that Milt studied and re-interpreted this Searle book illustration for the character of George Hautecourt from "The Aristocats".
Ronald Searle was a giant in the graphic arts, and wether he knew it or not, he helped modernize popular animation.
Posted by Andreas Deja at 12:26 AM 23 comments: