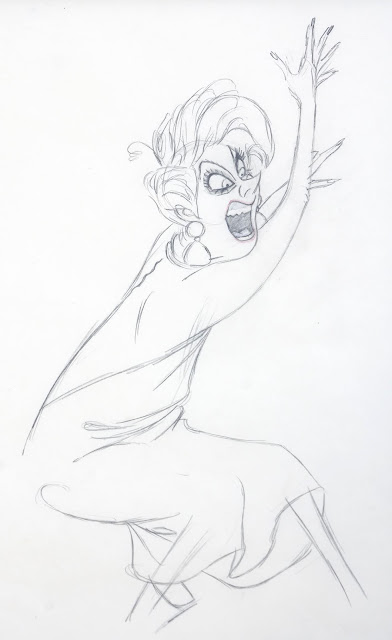 Medusa has just thrown one of her boots toward Snoops, when she lets out a gleeful "Ha!" There is some weird but wonderful stuff going on here drawing wise. That one line starting at her lower back  flows right past her shoulder and arm to end up in her fingertips. Crazy! I love that Milt exposed so much gum above her teeth. That adds so much character and menace. You would think that all those hair lines would boil and distract when seen in motion, but it all works.

I know that Milt Kahl would have kept on breaking conventional rules in his work had he stayed on for another film or two after The Rescuers. But he thought the overall Disney standard had fallen too low for him to stick around. In any case, Milt enjoyed eleven years of retirement before passing away in 1987.